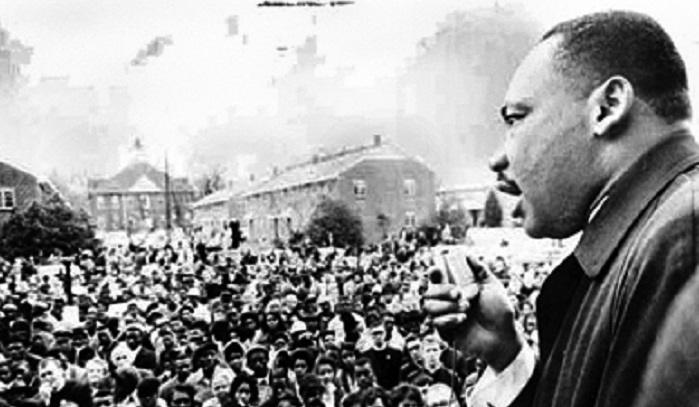 It is fitting as we observe the birthday of Dr. Martin Luther King, Jr., the movie “Selma” has been nominated for a Best Picture award for its recounting of the pivotal series of peaceful marches led by Dr. King and thousands of civil rights supporters in Alabama in 1965 which led to the granting of voting rights to blacks.

A key element of those marches was the national and global outrage at news footage and media stories depicting the brutal beatings by state authorities of men and women offering no resistance. The public condemnation helped pressure the federal government to intervene to protect marchers and speed passage of this important legislation.

Nearly 50 years later that same call for equality and democracy rings out in Iran where peaceful marches over twice disputed elections were met with shocking violence, arrests and death. Nascent efforts to spread information and horrifying photos and videos via social media were shut down by the ruling regime of mullahs led by Supreme Leader Ayatollah Ali Khamenei.

To this day mass demonstrations are outlawed, any media viewed as subversive in the slightest way brings quick arrests while technology such as satellite dishes and internet access are routinely blocked in order to lay a blanket of secrecy over the human rights abuses going on in Iran.

The fact that 50 years ago men and women could peacefully stand up to their nation and change the course of history and their lives should provide a resonating example for what needs to happen in Iran. While the third and latest round of nuclear talks have begun with Iran and the P5+1 group of nations, the lessons of what happened in Selma, Alabama and what has been happening in Iran should give negotiators additional impetus to hold Iran accountable for improvements in its dismal human rights record.

The fact that Secretary of State John Kerry has raised the plight of Mr. Rezaian with Iranian negotiators shows that linking human rights to progress in talks has already happened. The West would be remiss to miss the opportunity to press the regime harder for basic reforms such as allowing for the right to free assembly, the right to access the internet and news media and the right to be free of torture, abuse and false imprisonment.

Nothing would be a greater tribute to the legacy of Dr. King than the emptying out of Iran’s notorious Evin Prison even while he himself sat in an Alabama jail cell half a century ago and wrote a series of letters that set the tone and stage for the argument for civil rights.

It is incumbent on the supporters and apologists of Iran in the U.S. such as the National Iranian American Council to stop paying lip service to the cause of civil rights with their tweets about supporting the Ferguson, Missouri protests and look closer to the injustices happening in their home country.