A new Fox News poll showed a new record low of the administration’s handling of the Iran regime. By a 51-34 percent margin, American voters think President Obama is “being too soft” rather than “striking the right balance” in nuclear talks with Iran. The sizable 17-point margin reflects negative opinion among Democrats, Republicans and independents, with a paltry two percent thinking the administration was “being too tough” on Iran. 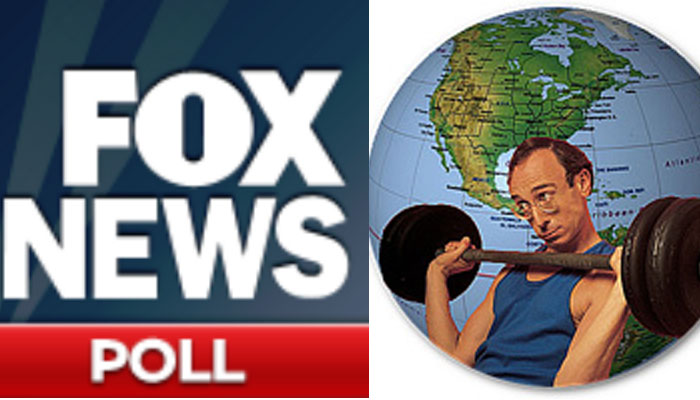 The poll also reflected growing opinion among Americans that any deal made with the regime would not work with half believing negotiating itself was the wrong thing to do since Iran’s mullahs could not be trusted to honor any agreement.

Overall, 65 percent of voters think the Iran regime poses a real national security threat to the U.S., representing a slight increase from the 62 percent who felt that way in 2006; a remarkable statistic after nearly a decade of effort by the regime’s allies and lobbyists who have worked tirelessly in an attempt to change the regime’s image with American voters.

The poll also indicated strong support for congressional approval of any deal with a whopping 76 percent supporting it; a troubling sign for the efforts by regime allies such as the National Iranian American Council who have launched several grassroots efforts to bypass Congress and failing at each point. The effectiveness of the NIAC efforts is akin to a weakling trying to lift weights and failing.

But even once staunch allies of the administration’s policies have voiced real concerns over the future direction Iran’s leaders might take should a nuclear agreement come to fruition. Writing in MSNBC, Suzanne Maloney, a senior fellow at the Saban Center for Middle East Policy at the Brookings Institution, said “a nuclear deal won’t alter the fundamental drivers of Iran’s efforts to extend its influence across the Middle East and it won’t sever Tehran’s relationships with the violent, often destabilizing proxy groups it supports and directs in Yemen, Iraq, Syria and beyond.”

“Nor, for that matter, would a nuclear deal have much immediate positive effect on the Iranian government’s treatment of its own people or its handling of judicial cases against Iranian-Americans, several of whom are currently held in Iranian prisons on trumped up charges,” Maloney adds.

Maloney correctly recognizes that the regime’s aims are not resource-driven, but ideological in nature, and the prize of lifting economic sanctions could flood Iran with over $100 billion in frozen assets in a windfall energizing the regime’s proxy wars and efforts to spread its influence far abroad. This deluge of cash is precisely what the mullahs are aiming for and what troubles American voters and allies who recognize what that kind of money could do for Iran’s leaders.

The argument posed by Iran’s lobbying machine that the assets would help ordinary Iranians is so much balderdash as Maloney notes “in fact, (Iran’s) most destabilizing policies have persisted and even worsened during times of economic pressure.” Ironically while the economy is at the verge of bankruptcy, Rouhani’s government has dedicated a bigger budget to the security forces this year in comparison to his “hardliner” predecessor that clearly washes away the illusion of moderation within mullah’s government

All of this serves as backdrop to Secretary of State John Kerry beginning another round of talks by meeting with Iranian foreign minister Javad Zarif in New York on Monday on the sidelines of the 2015 nuclear Non-Proliferation Treaty Conference with pressure mounting on the administration to hold firm for a deal that can pass congressional muster.

The point of maximum leverage for the P5+1 group of nations appears to be now with Iran’s leadership straining to keep its commitments in four major proxy wars going on at the same time in Lebanon, Iraq, Syria and Yemen straining its economy and budget to the breaking point.

With the backing of the American people, the U.S. should hold out only for a deal that does not reward Iran’s mullahs, but instead reins them in.