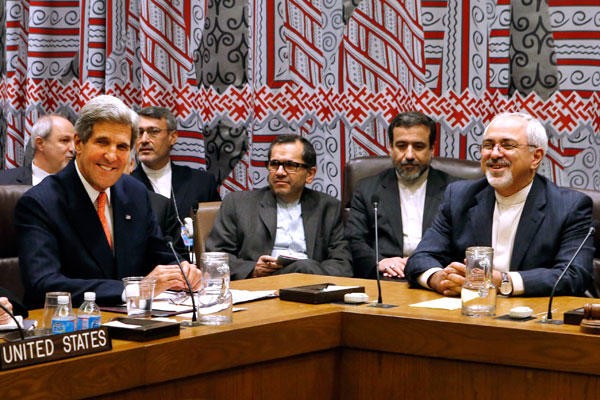 Adam Kredo reports in a story in the Washington Free Beacon that the Truman National Security Project, a leading think tank aligned with liberal causes, has begun an effort to enlist supporters in what it characterized as a “all hands on deck” campaign to help secure passage of an Iranian nuclear arms agreement by the Obama administration.

One of the more revealing comments in the article was made by a senior foreign policy official at another DC-based organization who called Truman “reckless.”

This goes to the heart of what is the most troubling aspect of the ongoing negotiations; the perception that the Obama administration is so starved for any kind of foreign policy movement it can call a win that it is willing to take a terrible deal in order to trumpet a victory.

The fact that the administration last month signaled a trial balloon to circumvent Congress in agreeing to a de facto deal with Iran is only more proof of what could soon turn into a disastrous decision.

In granting Iran a deal allowing it to keep thousands of centrifuges, its core missile technology and infuse it with billions in new cash as sanctions ease, the Obama administration could very well seal the deal for a nuclear-armed Iran within this decade. But the administration is not comprised of political idiots. They are shrewd, smart and experienced and realize with the midterm election sea change in Congress, they need to act quickly to make such a deal a fait accompli.

Which is why the administration is ginning up Truman and the Iranian regime’s PR machine, including outfits such as the National Iranian American Council are very much using the opportunity in a full court press to build grassroots support and provide political cover for supporting the President in making this deal.

A key facet is to enlist writers to pen editorials and letters to the editor to key newspapers in selected states where it believes they need to shore up support among Congressmen. Among the states listed as targets by Truman are Illinois, New Hampshire, Georgia, Arizona and New York. It’s worth noting that Republicans won key Senate and gubernatorial races in Illinois and Georgia and pushed New Hampshire to the limit.

While President Obama closing his Asia tour, it is becoming increasingly clear that the leverage in current talks lies almost exclusively with the Iranian mullahs. The President’s missive to Supreme Leader Khamenei (his sixth so far) had a plaintive quality as he almost begged for Iranian help in stopping ISIS.

Based on these services, the mullahs have calculated, that they can live with no deal and continue on their clandestine weapons development program and still maintain the momentum in Iraq and Syria. They also reason that the U.S. is willing to come way over to their side in order to secure a deal. The only question for Khamenei and his lobbies and advocates is how much can they wring out of Obama. If Truman’s proposed PR push is successful, the answer is “a lot.”