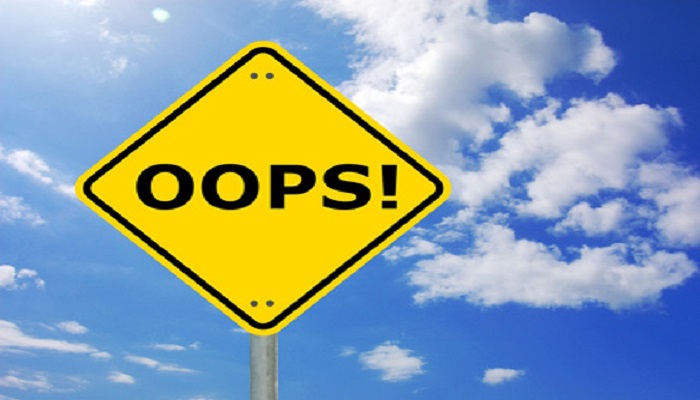 In our politically-correct, social-media driven society, many smart people have taken to complaining over the use of the public apology for almost every conceivable slight; perceived or otherwise.

In the arena of politics and diplomacy though, the art of apologizing sometime reaches historic proportions with a refinement worthy of a well-aged wine. Often times a political or diplomatic apology takes the form of the “non-apology apology” which is when a politician will often not apologize for a given action or policy, but apologize instead for the perceived distress such action causes.

It usually includes phrases such as “I’m sorry you feel that way” and “to anyone who may be offended” and is a calculated effort to demonstrate compassion and empathy when in fact there is none. For those who have long defended the Iran regime, it is a veritable way of life.

Apologists such as Trita Parsi of the National Iranian American Council, Jim Lobe of Lobelog, Bijan Khajehpour of Atieh International and Mark Fitzpatrick of the International Institute of Strategic Studies, have been loud and vocal supporters of the Iran regime and have taken great pains to excuse its actions; even its most barbarous and callous acts.

Parsi for example has historically apologized for Iran’s human rights violations such as the holding of American hostages on trumped up charges with no open trials as being evidence of a political schism amongst moderate and hardline factions within the regime’s ranks.

Fitzpatrick has also made excuses for Iran’s foreign policy adventures and proxy wars in places such as Syria and Yemen as potentially stabilizing actions, rather than the chaotic acts they actually are. Not to mention that mullahs in Iran are indeed the source of the chaos in most cases.

In each case, the Iran lobby’s apologists have gone out of their way to come up with every possible answer explaining the regime’s actions except the obvious, most logical and correct one which is Iran’s mullahs are firmly set on pursuing a course of action that solidifies their grip on power and expands their extremist ideology.

Sohrab Ahmari, an editorial page writer for the Wall Street Journal, has exhaustively written in Commentary Magazine of the deep and incontrovertible connections between the regime and the wide range of apologists covering for Iran’s mullahs, including Parsi.

“Parsi holds views that have surely warmed the ayatollahs’ hearts. An Iranian-born Swedish citizen, Parsi had made a name with his 2008 book Treacherous Alliance. The book’s basic claim was that the conflict between Khomeinist Iran and the U.S. and Israel was primarily a matter of Tehran’s seeking strategic respect in the region and not, as Jerusalem insisted, on anti-Semitic ideology,” Ahmari writes.

“His argument elided the many ways in which the regime had actually attempted to back its ideological proclamations with action. It also invited readers in effect to excuse the regime’s ugly rhetoric as the lashing out of a rising power,” he added.

The failure of constant apologizing for the regime is that it eventually does nothing to cover up the actions the regime takes and rings hollow to anyone with a brain.

As Tyron Edwards, an American theologian best known for a book of quotations called “A Dictionary of Thoughts,” wrote in the 19th century: “Right actions for the future are the best apologies for wrong ones in the past.”

What he wrote over 170 years ago still applies today. Actions and not words are the best guide to future behavior and the Iran regime has exhibited plenty of actions which are the only real ruler nuclear negotiators in Switzerland should go by.