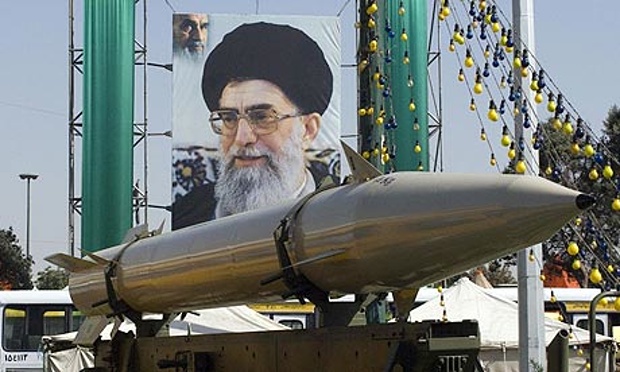 The International Atomic Energy Agency’s board of governors, the United Nations nuclear watchdog, met and voted to close out its investigation in the past military dimensions of the Iranian regime’s nuclear program even though the IAEA’s own report faulted the regime for secretly hiding the existence of its program until 2009 and still refused to come clean on a wide range of outstanding issues.

The irony of giving the regime essentially a get out of jail free card was compounded when it was revealed that a UN panel of experts issued a confidential report stating that the Iranian regime violated a Security Council resolution on October 10 when it test fired a new medium-range ballistic missile capable of delivering a nuclear warhead.

That is what is called a gigantic irony.

The fact that the regime launched a second missile on November 21 only reinforced the mullahs blatant disregard for the UN sanction and demonstrated the contempt they hold for obeying international laws.

Although the U.S. requested the UN Security Council to take action in the wake of the violations (which in of itself is bitterly ironic considering the U.S. has been hell-bent on lifting all sanctions against the regime), the Security Council took no action with most diplomats saying privately punitive measures were unlikely to be taken since Russia and China are now engaged in deep military and trade talks with the regime.

The report on the missile launch, reviewed by The Wall Street Journal, said the ballistic missile, dubbed Emad, was an improved version of Iran’s previous missiles, with a range of up to 1,300 kilometers (800 miles), a payload of up to 1,400 kilograms (1.5 tons), and better maneuvering capability when descending on a target.

“Iran is continuing to focus on further improvement of the performance of its existing ballistic missile system with a particular focus on accuracy,” said the report.

All of which begs the question, if the regime has foresworn nuclear weapons, why does it need to develop nuclear-capable missiles?

The reaction from members of Congress was swift and bipartisan as Sen. Chris Coons pushed the Obama administration to hold the regime accountable for violating UN sanctions.

“While these ballistic missile tests are outside of the parameters of the [joint comprehensive plan of action], our response has to be strategic and we have to make sure Iran knows that it can’t continue to simply blatantly disregard the international community and the U.N. Security Council,” the Democratic senator said.

Coons, a member of the Foreign Relations Committee, added that if the United Nations Security Council doesn’t taken action against Iran over the tests, which he said violated U.N. resolutions, that the administration should be ready to take a “series of unilateral American actions including direct sanctions.”

The fact that a new Gallup poll released Monday showed that terrorism and national security fears has risen to become the number one concern of Americans in the wake of the Paris and San Bernardino attacks and the shutdown of public schools in Los Angeles have sent lawmakers a crystal clear message about new priorities.

This follows polls by Pew Research Center and the Wall Street Journal/NBC News all of which show Americans citing security and terrorism as their top concerns and even persuaded the White House to say if additional sanctions needed to be levied on the Iranian regime, President Obama would not stand in the way.

The Iranian regime remains a concern because it continues to act in provocative ways that do little to diminish Americans’ concerns about the harsh nature of the mullahs’ rule as evidenced by reports that the regime has impounded more than tens of thousands of cars from women who were cited for violating dress codes requiring women to wear hijabs.

Police patrols have kept up campaigns to enforce the law and authorities also use a network of “trustees” who inform on violations according to The National.

In addition, over the past eight months, 609 men and 114 women have been arrested for cybercrimes because of alleged “economic, moral and social” transgressions, official figures show as the regime steps up enforcement of vague morality codes covering use of the internet and banning social media for most Iranians.

All of these actions have gone unmentioned by the Iran lobby even as global media have focused more closely on the recent actions of the regime. Faithful regime supporters such as the National Iranian American Council have been mute in the media and on social media in discussing any of these crackdowns on Iranians.

We can only hope the world’s media continue to hold the regime accountable as we move into the new year.