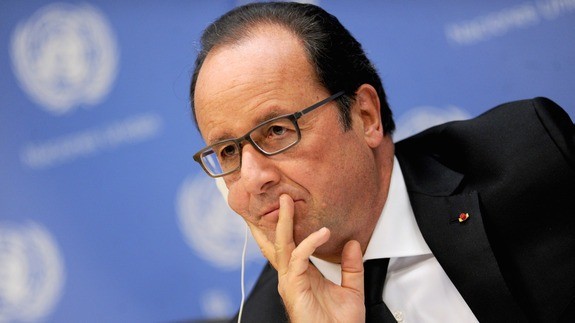 This week regime’s assigned president, Hassan Rouhani will become the first leader of the mullah’s regime to travel to Europe in a decade as part of effort to establish trade and foreign investment pacts in the wake of the nuclear agreement completed last July.

To say the tour begins on a rocky footing is an understatement. In France, a diplomatic row over French wine erupted when Rouhani snubbed the French with a demand for no alcohol at an official state dinner. Telling the French they can’t serve wine in their own palace is like telling a French chef he cannot use truffles.

A counterproposal by French officials for a breakfast was snubbed by Rouhani’s delegation as being a “cheap” offering by the French. Rouhani and French President Francois Hollande will instead just have a simple meet and greet moment for the cameras.

All of which underscores an important point for the regime: everything will always be on Iran’s terms.

While Hollande’s advisors have called the situation “ridiculous,” it is anything but ridiculous for Rouhani who has been busy trying to keep up the charade that he is a champion of opening Iran to the West, while at the same time towing the party line from top mullah Ali Khamenei on the brutal crackdown happening at home as scores of journalists are harassed and arrested.

Rouhani’s European trip has a more practical and important aspect for the regime. Rouhani hopes to pursue deals in car manufacturing, agriculture and most importantly Airbus aircraft to upgrade its aging fleet of airliners.

But his trip will be met with that is expected to be a week-long series protests from human rights and dissident groups aimed at raising the issue of the regime’s harsh human rights records; especially the dramatic rise in executions being carried out in Iran.

A large march and rally is planned for November 16th in Paris with other actions planned during the week to include:

In a reminder of just how much the Iran regime expects the rest of the world to dance to its tune, Rouhani said in an interview with the Italian newspaper, Corriere della Sera, that the U.S. and Iran could normalize relations but that the U.S. should “apologize” first without going into further detail as to what kind of apology the regime was demanding.

It’s an odd demand to make considering that the regime currently holds several Americans hostage and in a report just released this week, was identified as the source of manufacturing bombs that killed hundreds of U.S. service personnel in Iraq through its Quds Forces.

But nothing this outrageous would be unexpected from a regime that has been growing more aggressive towards the world since the nuclear deal was completed.

The discontent in the U.S. has grown substantially as the Iran regime acts so belligerently. The New York Observer ran an editorial warning of the regime’s actions, saying:
“Since President Obama pushed through his Iran nuclear deal without a congressional vote, the folks in Tehran have responded in some mighty unusual ways.

“First, they’ve jailed five visiting Americans—and are holding them hostage. Then they launched a massive cyberattack against the U.S. State Department, Aramco and several American banks. Plus, they are cracking down on Iranians who advocate better ties with the United States, even shutting down businesses that have American connections—including a KFC knock-off in Tehran. But most significantly, the Ayatollahs are threatening to renege on the nuclear deal if we push too hard to get our citizens back.

“We hope this gives pause to President Obama and the deal’s supporters in Congress. If this is how Iran acts before we have released the $100 billion-plus in frozen funds, how might they behave when we have no more Iranian funds to use as leverage?”

As Rouhani tours Europe, we can only hope Pope Francis raises the issue of executions, the Italian prime minister stresses the importance of human rights and the French president discusses the need for an end to executions in Iran and releasing all political prisoners in Iran’s prisons.