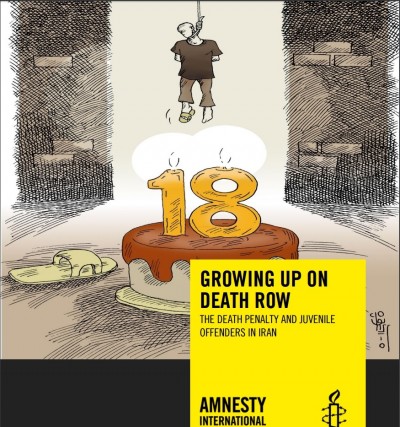 The Magical Mystery Tour of Hassan Rouhani got off to a start in Italy against the stark backdrop of a new report issued by human rights group Amnesty International calling the Iranian regime one of the leading executioners of juveniles in the world.

In a new report, Amnesty International said that it had documented the execution of at least 73 juveniles in Iran from 2005 to 2015, and that 160 juvenile offenders are languishing on the country’s death row.

According to the New York Times, Amnesty International released its report as a United Nations committee is reviewing compliance with the Convention of the Rights of the Child. In 1994, Iran ratified that treaty, which prohibits capital punishment and life imprisonment without the possibility of release for offenses committed by people younger than 18.

“This report sheds light on Iran’s shameful disregard for the rights of children,” Said Boumedouha, deputy director of Amnesty International’s Middle East and North Africa Program, said in a statement released with the report. “Despite some juvenile justice reforms, Iran continues to lag behind the rest of the world, maintaining laws that permit girls as young as 9 and boys as young as 15 to be sentenced to death.”

Elise Auerbach, an Iran specialist in Amnesty International’s United States branch, said Iran had in the past sought to sidestep criticism of its juvenile death-penalty practices by saying that offenders were not executed until after they had reached adulthood.

This brutal record of killing young people is only a small part of a much larger record of human rights abuses that has only worsened under Rouhani; the alleged “moderate” face of the regime. According to Iranian dissident groups such as the National Council of Resistance of Iran, the total number of executions under Rouhani’s watch has skyrocketed to over 2,000 people, dwarfing what his universally-reviled predecessor Mahmoud Ahmadinejad accomplished.

The release of the report comes at an inconvenient time for Rouhani as he made his first stop in Italy in the hopes of securing business deals now that sanctions had begun to be lifted as a result of the nuclear deal.

The rush to lock in deals for many of these European companies who previously had ties to Iran prior to the Islamic revolution in 1979, ignores the fluid state of sanctions still in place from the U.S. and the prospect of additional sanctions that could still be imposed for issues left outstanding from the nuclear agreement such as the regime’s ballistic missile program, support of terror and brutal human rights record.

One of the nasty surprises waiting for companies rushing into doing business with the regime was the insistence of the regime to delink these issues from the nuclear deal. While the deal allowed the removal of a significant number of sanctions, it did not address other thorny issues of the regime’s behavior that could become problematic for anyone looking to do business in Iran.

Thousands of Iranian dissidents are planning to counter Rouhani’s charm offensive by attending a rally in Paris Thursday, said Shahin Gobadi of the NCRI, to protest Tehran’s human rights violations as well as its support of Syrian President Bashar al-Assad, whom France has accused of massacring his own people.

“We need to show to the world Rouhani is anything but a moderate,” Gobadi said.

So the question for many of these companies is whether or not the rush to be first in market is worth the risk of facing new rounds of sanctions should the regime undertake additional aggressive and militant actions such as launching more ballistic missiles in violation of UN sanctions as it has said it would do or take more American sailors prisoner as it did two weeks ago?

The difficulty for any company is that it is now dependent on the choices the Iranian regime leadership makes in the future for the success or failure of its business opportunity and given the track record of the mullahs so far, that is a gamble that many shareholders and investors will find hard to take.

The most compelling peek into the regime’s policies and brutality was given by Christian pastor Saeed Abedini who endured repeated beatings, torture and mistreatment since his arrest in 2012 on charges he was attempting to overthrow the regime by spreading Christianity, and was released along with other American hostages as part of a prisoner swap. 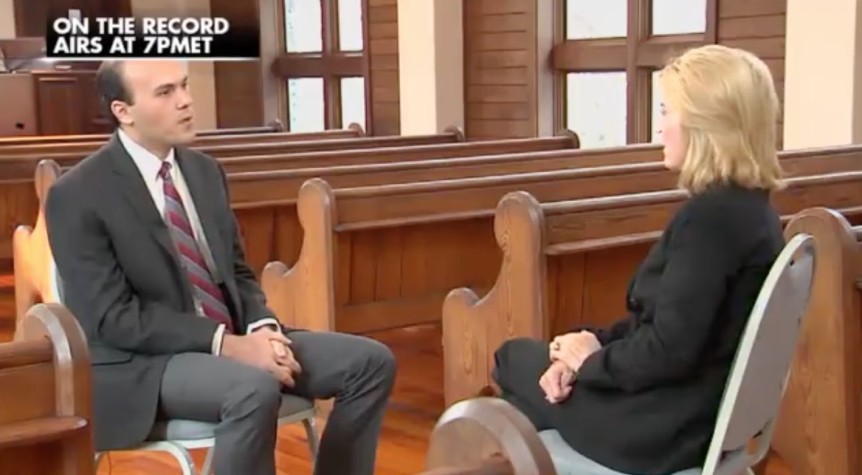 Abedini broke his silence with an interview with Fox News’ Greta Van Susteren by recounting his initial encounter with regime justice when he was brought before a judge.

“He said you are here because you want to use Christianity to remove government and it was like no, I don’t want to do that, I just came here to start orphanage, loving people and share the gospel with people and just that,” he said.

Abedini said the judge then told him he was using Christianity to “remove the government,” and yelled at him after saying he would pray for the judge.

According to Abedini, his Iranian captors gave him no clothing or reading material the entire time he was in the solitary confinement.

“Once they beat me very badly because they wanted me to write something I didn’t want,” he told Van Susteren.

He was also subject to the threat of death by his interrogators, and was taken to watch several executions.

“The worst thing I saw was when they took some Sunnis for execution, it was in front of our eyes, and they took like tens of them to hang, every Wednesday,” he said.

When he was imprisoned for 60 days with retired U.S. Marine Amir Hekmati, Abedini said he felt “very heartbroken” to see what happened when he first saw him, but said it was the best time in captivity to be with someone else.

“I made a plan that I could talk to him, encourage him,” he said. “The best thing I could do over there was praying.”

Abedini’s disclosures, coupled with the Amnesty International report and the demonstrations by Iranian dissidents paint a very different picture than Rouhani wishes portrayed and leaves an uncertain future for companies looking to do business with the regime with an American presidential election looming and the prospect of more sanctions still on the horizon.