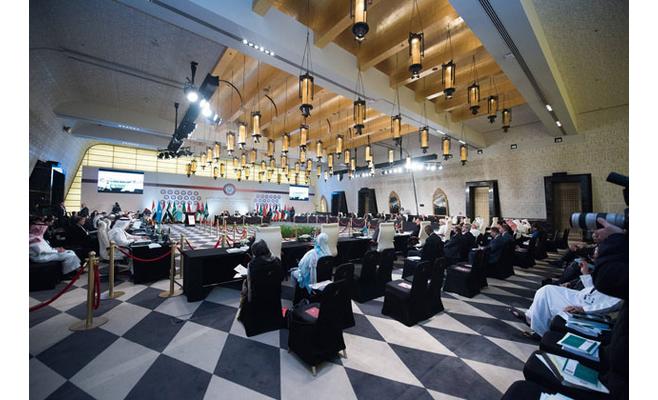 In today’s turbulent political environment there is not much anyone agrees on, except that maybe the New England Patriot comeback in the Super Bowl was astounding or that the Chicago Cubs win of the World Series was historic.

Other than that, most politicians can’t even seem to agree on the weather and what causes a shift in temperature day to day.

On one topic though there seems to be a growing bipartisan consensus, not just in the U.S. but around the world and that is more needs to be done to rein in the intransigence of the Iranian regime and the threat posed by its burgeoning military and ballistic missile program.

Monday’s Senate Foreign Relations Committee hearing on Iran was an example of a political environment with a rare and welcomed unanimity. Ranking member Sen. Benjamin L. Cardin (D-Md.) remarked that although he voted against the Joint Comprehensive Plan of Action on Iran, he doesn’t think it would be wise to withdraw, saying:

“Iran’s activities today are as bad as they have ever been and probably worse. They are certainly increasing their terrorist sponsorship in the Middle East as we see in so many different countries in that region. Their record on violating the ballistic missile obligations are well known and well understood. Their human rights violations against their own citizens are horrible, one of the worst countries in the world. They violate the arms embargo and the list goes on and on. So, it is appropriate to get this Committee to look at what we can do to make sure that first, the Iran nuclear agreement is honored so that Iran does not become a nuclear weapons state, but then secondly, look at those activities that were not covered under the JCPOA as to how we can play a stronger role.”

He was joined by his Republican colleague, Sen. Bob Corker (R-Tenn.), chairman of the committee who said:

“One of my criticisms of the JCPOA was that it would become our de facto Middle East policy and Iran would expand their destabilizing activities. I think we are seeing a lot of that today. Regionally, we’ve seen an escalation in Iranian intervention. Iran, along with its allies in Russia, has continued to prop up Assad at the cost of countless lives in Syria. Iran’s support to the Shia militias in Iraq threatens the interests of Sunnis and Kurds alike, not to mention the Shia in Iraq that don’t subscribe to the anti-American, zero-sum politics of the militias that are there.”

Jennifer Rubin in the Washington Post’s Right Turn blog opined that “given this shared assessment of Iran — the JCPOA is not going away but the United States needs to confront Iran in other arenas — it’s not surprising that a bipartisan bill, the Countering Iran’s Destabilizing Activities Act of 2017, with seven co-sponsors from each party, was introduced last week.”

“The act establishes new sanctions targeting Iran’s testing of ballistic missiles and its backing for terrorism, and also seeks to block the property of any entity involved in the sale of arms to or from Iran. It does not reintroduce sanctions lifted from Iran as part of the 2015 nuclear deal.”) In a summary released last week, senators described potentially far-reaching measures including mandatory sanctions on those involved with Iran’s ballistic missile program, new sanctions against the Islamic Revolutionary Guard Corps and a requirement for the president “to block the property of any person or entity involved in specific activities related to the supply, sale, or transfer of prohibited arms and related material to or from Iran,” Rubin added.

But it wasn’t just on Capitol Hill where there was unanimous consent as all 15 resolutions passed by the Arab summit which took place in Jordan Wednesday were devoted to an indictment of Iran, its Revolutionary Guards Corps and Lebanese surrogate, Hezbollah. They were a testament to the depth of Arab-Iranian animosity and exposed the extent of the rift between the Sunni and Shiite Muslim worlds.

Iran was accused of meddling in the internal affairs of Arab nations, inciting Shiites against Sunnis, and arming and training Shiite terrorist groups for operations against legitimate Arab governments. The Arab rulers combined to put Tehran in the dock for its interference in the Syrian civil war and assault on its sovereignty.

It was notable that at an Arab summit that has in the past concerned itself with issues related to Israel and the plight of the Palestinian people, the entire focus of the summit was on the Iranian regime; demonstrating how important the issue of confronting Tehran has become to the wider Arab world.

In the annual AIPAC conference a clearer united vision of the importance to oppose the Iranian regime was surfaced. American authorities and law makers used the opportunity to show their unanimous visions on the threat they feel from the Iranian regime and the need to take action to contain the growing destabilizing activities of the mullahs in the region.

The speaker of the US House of Representatives, Paul Ryan, called to designate the Revolutionary Guards as a terrorist group, describing it as a “terrorist army.” He said “Iran supports the terrorist dictator of Damascus and the militias in Yemen, Baghdad and Beirut.”

Furthermore, Nikki Hailey, the US ambassador to the United Nations asserted at the conference that “Iran’s nuclear deal is worrisome because it empowered Russian and Iran and encouraged the latter to act freely without fear of accountability.”

Mitch McConnell, the Republican majority leader in the Senate added: “Today we must adopt a different approach. We must combat Iran’s ability to finance, arm and train terrorists, such as Hezbollah, Hamas and its proxies in Syria.”

Meanwhile the Iran lobby was once again beating the war drum in an editorial in Huffington Post by Jamal Abdi of NIAC Action and Adam Weinstein of the National Iranian American Council, in which they claimed that this bipartisan consensus would only provide incentives for the U.S. to be plunged into a war with Iran at the behest of President Trump.

They go on to argue that if the proposed sanctions bill passes, Tehran would respond negatively and all the positive gains made by the nuclear deal would evaporate. What positive gains?

Since the deal was agreed to, the Iranian regime has broken every promise of moderation, stability, peace and partnership made by the NIAC and other Iran lobby supporters.

The harsh proof of Iranian regime’s track record over the past years has been so convincing that a bipartisan consensus is seen among both houses of congress to try to oppose the mullahs in Tehran.

All we can say is that it’s about time.