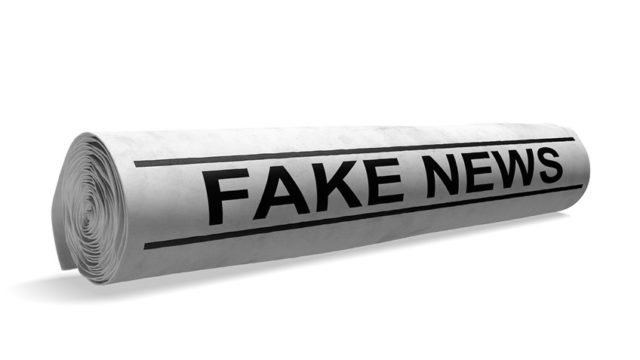 Besides the much-discussed “echo chamber” that arose out of the negotiations for the Iran nuclear deal utilizing a network of so-called experts in academia and organizations such as the National Iranian American Council to push false narratives about the benefits of the deal, the Iranian regime itself has undertaken several initiatives to push other false and misleading narratives to defame the Iranian dissident movement.

At the center of that disinformation campaign lays the Iranian regime’s Ministry of Intelligence Services. If Hitler relied on Joseph Goebbels to help spread Nazi propaganda, the mullahs in Tehran rely on the MOIS to do the same job.

To say the MOIS is a shadowy organization is like saying grease is slippery. The MOIS was created out of the former Shah of Iran’s infamous SAVAK intelligence service which had been notorious for its brutal methods.

The mullahs opted to keep much of the former intelligence services more ruthless elements in support of the founding of their religious theocracy. As part of its first missions, it sought to infiltrate many of the democracy and opposition groups in those early years and insidiously target and even assassinate many of its leaders to help secure the mullahs’ rule.

Since then the MOIS has blazed a trail that included an infamous series of assassinations of dissident writers and intellectuals and Iranian political dissidents both inside and outside Iran. Of special importance were members of resistance groups such as the People’s Mojahedin Organization of Iran otherwise known as the Mojahedin-e Khalq.

For the MOIS and the mullahs it serves, nothing is more galling than to have fellow Iranians actively and aggressively resist their rule because as long as Iranians oppose their rule, the pathway exists for regime change and a transition to freedom and democracy.

One of the more aggressive tactics the MOIS has employed to distort the discussion about the Iranian regime’s policies has been the use of former dissident members who were either recruited or coerced into denouncing opposition movements.

Col. Wes Martin (US), former Anti-terrorism/Force Protection Officer of all Coalition forces in Iraq and a frequent news contributor, wrote about the MOIS use of disinformation in the U.S. in a piece in The Hill.

A report commissioned by the Pentagon and released by the Library of Congress provides an alarming look into the operations of Iran’s MOIS right here in the United States, he writes.

“MOIS recruited former members of the (People’s Mujahedin of Iran-PMOI, also known as MEK) in Europe and used them to launch a disinformation campaign against (PMOI),” the report reads.

Among those named in the Pentagon report are Massoud Khodabandeh and his British wife, Anne. They were recruited by the MOIS in the mid-1990s and used as assets against the opposition before launching the ‘Iran-Interlink’ website explicitly under Tehran’s orders, Martin adds.

“The MOIS resorts to character assassination against lawmakers and reporters who hold positive views of the Iranian opposition, aiming to silence their voices,” he said.

Martin cited a 2014 report by iSight Partners which uncovered a three-year espionage campaign, originating in Iran, that used an elaborate scheme involving a fabricated news agency, fake social media accounts and bogus journalist identities to deceive victims in the United States and elsewhere.

Martin went on to cite other fake news sites operated by Khodabandeh such as mesconult.com are hosted by Ravand Cybertech, an entity run by the Iranian regime directly. It is not a coincidence that postings from these sites are often cited in Iranian state-controlled media as “news sources.”

Dr. Majid Rafizadeh, an Iranian-American scholar, author and U.S. foreign policy specialist and president of the International American Council, also wrote about the more direct introduction of Iranian regime lobbyists and operatives into the U.S. and Europe on the ground to push the regime’s agenda.

“Many argue that some of Iran’s lobbyists work in plain sight and had access to top officials at the White House and State Department; they lobbied for the lifting of sanctions against the Islamic Republic, top state sponsor of terrorism, and subsequently lifting of sanctions against Iran’s Revolutionary Guards Corp (IRGC), while demonizing Iranian-Americans who called for firmness against Iran’s ruling clerics and ayatollahs,” he writes.

“Cutting to the chase, it seems that the lobbyists and advocates for the Islamic Republic, next dismiss anyone suggesting the US should respond to this appalling conduct with firmness as a warmonger. But nobody appears to want, or ask for, armed conflict with Iran, so that is not an option,” he adds.

The disconnect between the claims of the Iranian regime’s lobbyists and supporters and the reality of the day grows larger every day. Unfortunately, those who are capable of setting a new standard for disagreeing with the regime even on a subtle level seem to cave to the Iran lobby’s arguments.

One example was a visit by a delegation from Sweden’s self-declared “first feminist government” which folded and enshrouded themselves in head coverings as they met with Hassan Rouhani in a blatant blow to Iran’s feminist movement, which has been under severe attacks by the mullahs.

UN Watch declared in a press release its concern over Sweden’s failure to promote a “gender equality perspective.”

“European female politicians are hypocrites,” says one activist. “Because they stand up with French Muslim women and condemn the burkini ban—because they think compulsion is bad—but when it happens to Iran, they just care about money.”

The scene in Tehran on Saturday was also a sharp contrast to Deputy Prime Minister Isabella Lövin’s feminist stance against Trump, in a viral tweet and then in a Guardian op-ed last week, in which she wrote that “the world need strong leadership for women’s rights.”

Linde “sees no conflict” between her government’s human rights policy and signing trade deals with an oppressive dictatorship that tortures prisoners, persecutes gays, and is a leading executioner of minors, UN Watch declared.

We can only hope that world media attention is more tightly focused on the real machinations going on with the Iran lobby and its MOIS taskmasters.