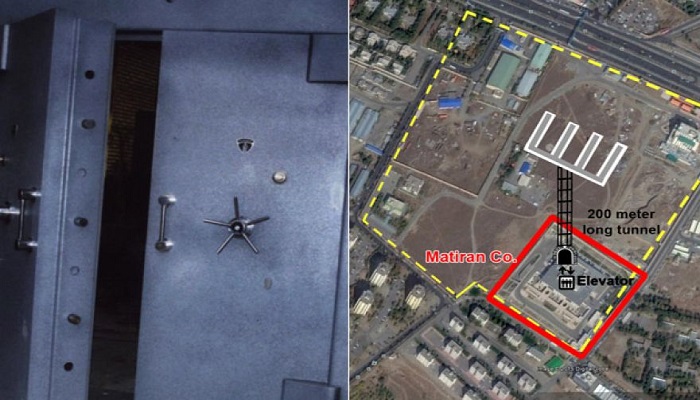 If you are like me, you probably Google every day on topics of interest and for me, today was no different. In searching for topics of discussion concerning Iran, its ruling mullahs and topics of interest, Google never fails to turn up some golden nuggets and there were some winners today.

And all this just in one day. It raises an important question. Even if the P5+1 negotiations yield an agreement, how can the West trust Iran’s mullahs to actually stick to it? Therein lays the proverbial question haunting everyone at the table in Geneva.

When you consider the Iranian regime’s nearly 18 year-long effort to first conceal evidence it was building a nuclear program and only after intelligence agencies and Iranian dissidents on the ground, the National Council of Resistance of Iran finally broke the secret open with smuggled photos, reports and eyewitness accounts did Iran’s mullahs grudgingly even admit a “peaceful program.”

But this “peaceful program” was being developed on military bases and research facilities experimenting with high explosives, nuclear detonators, missile technology and delivery systems. All places Iran’s religious leadership kept hidden for a decade from the prying eyes of inspectors from the International Atomic Energy Agency (IAEA).

In the interim, the world galvanized with economic sanctions that Iran’s mullahs merely shifted over the impact away from its governmental operations and placed the full brunt of it on its own people in order to hold them up to the world as victims of unremitting sanctions. While Iran’s leadership was busy funneling billions of dollars to fund terror groups such as Hezbollah and the embattled Syrian regime of Bashar al-Assad, it continued to pour billions into its nuclear development in spite of global condemnation.

Because Iran’s mullahs calculate – correctly I might add – that in the time necessary for the world to get its act together and place enough pressure on Iran to curb its activities, they would have bought enough time to build the infrastructure necessary to ramp up production without any real damage to its program.

Now Iran sits on 19,000 centrifuges for enriching nuclear fuel, a ready-made stockpile of enriched fuel of various levels and testing facilities that have already done the heavy lifting of designing and testing various components used in assembling a nuclear warhead, not considering today’s fresh information on an actively parallel nuclear site operating with advanced centrifuges.

In essence, the P5+1 is now negotiating with an Iranian regime that has already achieved what it set out to do and now can sit back and allow a deal to take shape without losing any real ground.

Revelations by the IAEA of Iran’s continued stonewalling and the NCRI of yet another secret nuclear site, on top of reports of over $1 billion in continued sanctions evading smuggling all point to a single conclusion: Iran’s mullah cannot be trusted to keep any bargain made with the West.

The key issue of verification in any agreement is critical since Iran has successfully managed to evade inspection and disclosure for almost two decades. Only through revelations from Iranian dissidents and democracy sympathizers on the ground in Iran – and at great personal peril to their lives – have we been able to even crack open a little bit of the secrecy that shrouds Tehran’s programs.

To think Iran’s mullahs are going to happily oblige opening up all of their secrets in a nuclear deal is naiveté of the highest order.