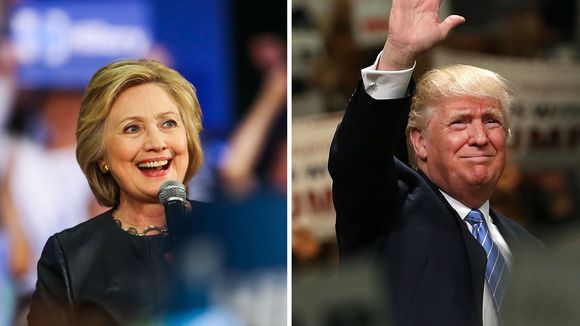 Clinton and Trump Must Face Dealing with Iran

The Republican National Convention is going on in Cleveland where Donald Trump will become the nominee for the Republican Party. Hillary Clinton will follow suit in Philadelphia and then another season of American politicking will launch into its usual fall fury.

This election year though is different from any other in that the U.S. and the rest of the world are confronted by a problem it has never seen before and that is the rise and spread of Islamic extremism and the terror being perpetuated by organizations such as Hezbollah and ISIS, but also aided by nation states such as the Iranian and Syrian regimes.

Through the use of the internet and social media, extremist groups are now able to preach their hatred around the world and manipulate individuals to commit heinous acts, as well as coordinate terror cells in a playbook that has already been proven time and again from Sydney and Ottawa to Boston and San Bernardino to Paris and Bangladesh.

That makes the problem of dealing with terror not so much a law enforcement exercise of going after specific individuals, but rather a geopolitical strategic exercise in battling an ideology. This makes the problem facing the next president all the more daunting because the battlefront is in trying to kill an idea instead of just using a Predator drone to fire a missile at a terrorist leader.

This also helps frame a better understanding of the role the Iranian regime plays in the spread of global terrorism.

Iran remains on the U.S. State Department list of nations that is a state-sponsor of terror; a list that has ironically shrunk over the years as the Cold War ended much of the friction that occurred between the U.S. versus the old Soviet empire and each respective client states.

Instead, we are left with a world of unaligned rogue nations such as Iran and North Korea, and nations that have fallen apart to such a degree that terrorist organizations operate essentially freely such as Somalia, Syria and to a lesser degree now Libya.

The rise of Al-Qaeda and ISIS into essentially nation-state status illustrates the fundamentally changed nature of the world we live in and it is a world that could not happen unless countries such as Iran under the mullahs have provided support, cash, expertise and political cover for those rogue entities.

When Al-Qaeda was driven from Afghanistan after the U.S. invasion, many of its key leaders were granted refuge in Iran by the mullahs in Tehran. The mullahs also provided support to Shiite militias backed by Iran fighting U.S. troops in Iraq, killing many with Iranian-manufactured explosive devices.

When Syria’s Assad regime was on the brink of collapse, the Iranian regime stepped in with Quds Force fighters, Hezbollah terrorists, Afghan mercenaries recruited from refugees in Iran, billions of dollars in cash support and arms and ammunition.

Staving off Syria’s governmental collapse allowed Islamic extremist groups to flourish in the carnage of that war as Iran targeted Western-backed moderate rebel groups and left terror groups such as ISIS to spring forth and take root.

Iran did as much as anyone to pump ISIS up with the collapse of the Iraqi government of Nouri al-Maliki which drive disaffected Sunni tribes into the arms of ISIS and opened the door for the fall of Mosul and the rich oilfields in the north which have sustained ISIS with millions of dollars in illicit oil revenues a day.

These are all facts that the Iran lobby have mightily sought to deflect and hide from scrutiny. Groups such as the National Iranian American Council have concocted straw man issues out of immigration visas and banking transactions while ignoring the much more significant problems of human rights violations and the incredible suffering being caused by Iranian regime’s policies.

Iranian regime itself has publicly and aggressive announced its intentions for the all the world to see, most notably in flouting a nuclear agreement which was dead on arrival a year ago.

Even the regime’s foreign minister, Javad Zarif, who pulled this pathetic deal from the arms of a compliant and submissive Obama administration, boasted yesterday of Iran’s ability to bring its nuclear program back on track to producing literally tons of enriched uranium quickly as the deal eases off more quickly than the advertised 15 years promised.

Zarif said a document, submitted by Iran to the International Atomic Energy Agency and outlining plans to expand Iran’s uranium enrichment program, is a “matter of pride.”

The absurdity of the contention that Iran is abiding by the nuclear deal was on display when the United Nations issued a 17-page report that pointed out Iran may be abiding by the letter of the agreement, but not the spirit of it.

No greater understatement in diplomacy has been uttered since Neville Chamberlain claimed “peace in our time” after meeting with Adolf Hitler in Munich.

The report did have the common sense to point out the destabilizing nature of Iran’s recent test launches of ballistic missiles capable of carrying nuclear warheads and its illicit supplying of arms to Yemen and Iraq in those proxy wars.

Those understated concerns were too little and too late to offset the deaths and violence escalating around the world as Islamic extremist terrorist acts are now becoming the norm rather than the exception.

The fuel for that extremism comes from an Iranian regime that commits such cruel acts of barbarism as to set a bar that ISIS seems compelled to match and exceed with each new act of bloodshed.

The report, Health taken hostage: Cruel denial of medical care in Iran’s prisons, provides a grim snapshot of health care in the country’s prisons. It presents strong evidence that the judiciary, in particular the Office of the Prosecutor, and prison administrations deliberately prevent access to adequate medical care, in many cases as an intentional act of cruelty intended to intimidate, punish or humiliate political prisoners, or to extract forced “confessions” or statements of “repentance” from them.

“In Iran a prisoner’s health is routinely taken hostage by the authorities, who recklessly ignore the medical needs of those in custody. Denying medical care to political prisoners is cruel and utterly indefensible,” said Philip Luther, Director of Amnesty International’s Middle East and North Africa Program.

“Prisoners’ access to health care is a right enshrined in both international and Iranian law. When depriving a prisoner of medical care causes severe pain or suffering and it is intentionally done for purposes such as punishment, intimidation or to extract a forced ‘confession’, it constitutes torture.”

Iran sets the template and ISIS follows and unless Donald Trump or Hillary Clinton deal first and foremost with the behavior of the Iranian regime, its actions will never to checked and altered.