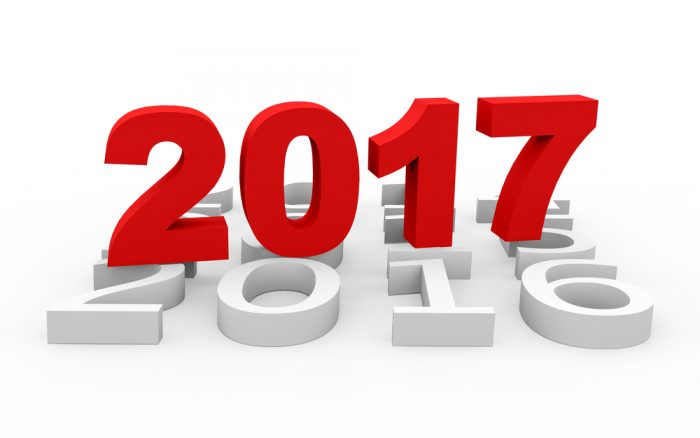 Complications and Conflicts Are Coming with Iran in 2017

Sir Isaac Newton’s Third Law of Physics states that for every action there is an opposite and equal reaction. The same could be said for geopolitics as it relates to the Middle East where every act of terror seems to be met with a corresponding act of retribution and every scheme is met with another scheme by a competing entity or enemy.

For the Iranian regime, its actions throughout the Mideast has wrought suffering and destruction on a level not seen since World War II as the fall of Aleppo demonstrated with pictures and images reminiscent of bombed out cities such as Dresden or Tokyo.

Iran’s intervention at the start of the Syrian civil war to prop up the Assad regime set into motion a conflict that has claimed over 800,000 men, women and children and turned into refugees a whopping eight million people who have overwhelmed nations from Greece to Sweden.

Iranian regime sits at the center of most of the foreign policy challenges facing it in 2017, including:

Long a loyal military proxy for the Iranian regime, the terrorist group Hezbollah has risen in prominence with its long campaign in Syria culminating in the fall of the rebel stronghold Aleppo. Iran has supplied Hezbollah with arms, cash and advanced weaponry for its campaigns, but the terror group’s bank account got a huge influx in cash coincidentally when the Obama administration secretly transferred $1.7 billion to Iran as part of the nuclear deal and hostage swap.

“While we cannot establish whether the money transferred from the U.S. went directly into the expanded defense budget, it, at a minimum, enabled the government to release an equal amount of money for defense purposes,” said Nimrod Raphaeli, a senior analyst at the Middle East Media Research Institute.

“It is noteworthy that the increase in the proposed defense budget for 2017 is approximately equal to the amount transferred by the U.S.,” he continued.

Raphaeli explained the government of Rohani “has submitted to the Majlis (parliament) a draft budget for the fiscal year March 2017-March 2018 for a total of $99.7 billion equivalent.”

That, he said, is up 13.9 percent, with a “sharp increase of 39 percent … in funds earmarked for defense, including a big increase in the budget of Iran’s Islamic Revolutionary Guards.”

The report described the IRGC as “a potent military force accountable to the supreme leader, in regional politics, and particularly in Syria and Iraq.”

“A branch of the IRGC, the Qods Force Brigade, commanded by Gen. Qasem Soleimani, is responsible for spreading Iran’s subversive and, often, terrorist activities across the Middle East and beyond.”

Soleimani was seen in eastern Aleppo this weekend surveying the remains of the city as residents, long trapped by the fighting, struggled to evacuate.

The operation to evacuate fighters and civilians from the last opposition-held area of Aleppo was suspended on Friday, its second day, after pro-government militias demanded that wounded people also be brought out of al-Foua and Kefraya, and protesters blocked the road out of Aleppo.

Munir al Sayal, the head of the political wing of the Ahrar al Sham rebel group involved in negotiations over the deal said Iranian-backed Shi’ite fighters led by Hezbollah militia and other Iraqi Shi’ite groups were behind the detention of hundreds of people trying to leave on Friday, leading to some deaths before they were turned back, in an effort to disrupt the evacuation.

The success or failure of the Iran nuclear deal (depending on your affiliation with the Iran lobby) hinges not so much on whether or not Iranian regime adheres to the deal (since it already has broken several sections of it) but rather whether or not the U.S. finally holds Iran accountable for specific violations instead of trying to paper them over with waivers and exemptions.

The process of appeasing of the Iranian regime in order to support an illusory “moderate” movement within the Iranian government has yielded nothing of tangible worth and has only emboldened and empowered the regime and strengthened the hold the Revolutionary Guards Corp has on virtually every aspect of Iran.

In many ways, the UN’s international nuclear watchdog agency has already been compromised by politics by looking the other way with violations by Iran in heavy water limits, enrichment levels and amounts of enriched uranium. Hassan Rouhani’s recent pledges to launch a crash program to develop nuclear-power naval vessels would require fuel far in excess of the agreement’s levels; thereby putting the UN’s watchdog again on the spot.

Unfortunately, the Obama administration’s insistence on paying $1.7 billion in cash to Iran and opening up the doors to foreign investment weakened the usefulness of future of economic sanctions by providing the Iranian regime with an economic cushion.

The mullahs recognize their vulnerability on this score and are in a mad dash to complete as many business deals as possible even threatening Trump with harsh repercussions should he interfere in the recently announced deal by Boeing to sell $16.6 billion worth of jet airliners to Iran.

For the mullahs, the airliners are vital since a nation cannot operate in a global economy without a strong and viable air network, but in Iran’s case airliners also serve as the vital air bridge to move arms, cash, supplies and fighters to their proxies in far flung battlefields. Emanuele Ottolenghi wrote in the Hill of Iran’s use of its airlines to support its wars.

“Conclusive evidence that Iran’s aircraft is the principal conduit for Tehran’s weapons and military personnel airlift in support of Assad’s war of extermination against his own people emerged recently, as Boeing representatives were in Tehran to finalize a $16.6 billion aircraft deal with Iran Air. Airbus will soon follow suit with an even larger deal,” he said.

While the outlook for the Mideast remains murky to say the least, there is no doubt that Iranian regime’s role and how it can be confronted will dominant much of 2017.