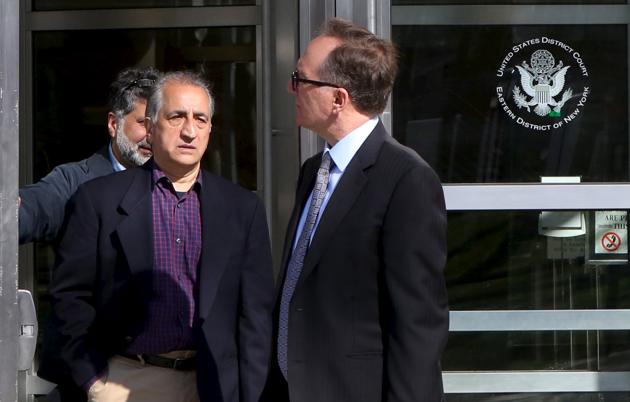 The Obama administration is expected to blame Iranian hackers as soon as Thursday for a coordinated campaign of cyber attacks in 2012 and 2013 on several U.S. banks and a New York dam, sources familiar with the matter have told Reuters.

The Justice Department has prepared an indictment against about a half-dozen Iranians, said the sources, who spoke on condition of anonymity due to the sensitivity of the matter. It is one of the highest-profile U.S. indictments against a foreign nation on hacking charges.

The indictment follows a string of provocative acts the Iranian regime has undertaken ranging from illegal launches of new ballistic missiles to appalling human rights crackdowns to continued support of three proxy wars that have generated a massive refugee crisis.

Though a planned indictment for the breach of back-office computer systems at the Bowman Avenue Dam in Rye Brook, New York, has been reported, it was only part of a hacking campaign that was broader than previously known, as the indictment will show, the sources said.

This follows the indictment of Ahmad Sheikhzadeh, 60, a consultant to the Iranian mission to the United Nations who is accused of charges related to sanctions violations, money laundering and tax matters, by the U.S. government in a Brooklyn, New York federal courthouse.

The string of legal actions signal an effort to respond to the new Iranian regime violations and incursions against the backdrop of rising terrorist attacks – namely in Brussels – and growing uncertainty over the nuclear deal reached with Iran and the much ballyhooed promise of moderation that is now evaporating quickly.

Calls to get tougher with the regime have become more common and include calls for the re-imposition of sanctions.

“The U.S. and our partners need to impose sanctions with real economic teeth. Some policymakers may be tempted to resolve the current situation by sending a symbolic message to Iran while avoiding antagonizing international partners, for example by imposing a narrow set of sanctions against individual Iranian military officials or small Iranian defense companies involved in the missile program,” said Peter Harrell, an adjunct senior fellow at the Center for a New American Security (CNAS) and the former deputy assistant secretary of State for Counter Threat Finance and Sanctions, in a piece in The Hill.

“But these kinds of sanctions rarely have meaningful economic bite, since most Iranian officials and defense companies have few economic ties to the U.S. or our allies. The Iranians would rightly perceive such sanctions as a largely symbolic message that refrained from imposing real costs on Tehran. Such sanctions would be unlikely to deter further Iranian aggression or prevent them from further testing the limits of the nuclear deal,” he added.

Some activists suggested that enthusiasm over the nuclear deal and prospects of future trade with Iran are causing the international community to turn a blind eye to Iran’s human rights violations. Since sanctions were lifted in January, foreign business delegations have flooded Iran and multibillion-dollar deals have been brokered.

Darya Safai, an Iranian women’s rights advocate who was invited to Geneva by the independent monitor U.N. Watch to address the Human Rights Council, said women’s rights are deteriorating by the year. Safai said the decline has been particularly dramatic since Rouhani, the architect of the nuclear deal, took office in 2013 on a platform of “moderation and prudence.”

Speaking from Geneva, Safai said that since Rouhani took office, a 50 percent quota had been imposed on the number of women studying at higher education institutions. Before Rouhani, 67 percent of students at universities were women, Safai said.

More worrisome were comments coming from the Revolutionary Guards who were supportive of calls by top mullah Ali Khamenei for a continuation of the regime’s “resistance economy” and called for a larger role for the Guards in Iran’s economy.

“The armed forces are ready to play a significant role in the resistance economy and implementing the supreme leader’s suggestions,” Brigadier General Masoud Jazayeri, deputy joint chief of staff of the armed forces was quoted as saying by Fars news agency.

Jazayeri added that Rouhani should see the Guards’ achievements in creating advanced ballistic missiles as an economic blueprint and evidence that Iran did not need foreign investment to succeed.

As the evidence mounts of growing confrontations with the Iranian regime on multiple fronts, the Iran lobby continues to remain silent on the rise in tensions since its claims of moderation in the wake of the nuclear have proven to be false.