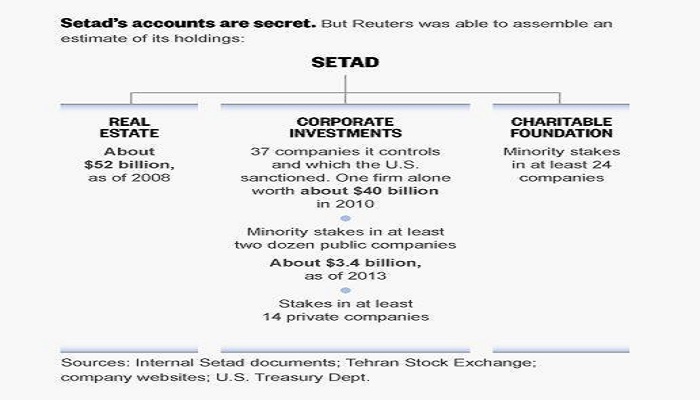 The fallout from recent revelations about the nature and reach of the Iran lobby continues as more news media pick up various threads that are unraveling from Iran regime supporters such as the National Iranian American Council, which made an effort to pay former president Bill Clinton to deliver a speech to one of its fundraising galas.

“As we’ve said before, as a matter of course, all requests were run by the State Department,” said an official in the former president’s office. “And most importantly, ultimately, the president did not give this speech.”

It says a lot about associating with NIAC when you are relieved you didn’t take its money for a speech. For all of NIAC’s organizing, lobbying and fundraising, the disclosure of the paid speech forced a rapid backpedal away from the NIAC as it became clear no one wanted to be associated with a group so blatantly tied to Tehran’s mullahs. It also demonstrated that close association with the NIAC is not a recipe for long-term political health.

The struggle by the NIAC to overcome the Iran lobby label was taken up by liberal group Media Matters in a piece slamming original Daily Beast article by an Iranian dissident that examined the close ties NIAC and its staffers had with an influential Iranian family, the Namazis, who profit from consulting businesses helping to steer Western companies into partnerships with Iranian ventures, most owned or controlled by Iranian government entities such as the Revolutionary Guards Corps.

Conspicuously, the Media Matters piece, which included statements by Trita Parsi of NIAC, failed to address the most basic facts in the Daily Beast article which was the past employment of NIAC staffers by the Namazis-controlled Atieh consulting firm, several of whom later went on to work in positions at the U.S. State Department and National Security Council.

The Media Matters piece also did not address Parsi’s own damning emails and documents that came out of failed defamation lawsuit against Hassan Dai who at the time was a journalist for the Voice of America reporting critically on the NIAC. Parsi and the NIAC not only lost that suit and the subsequent appeal, but were excoriated by the three-judge appeals panel and ordered to pay for Dai’s legal fees for destroying and altering calendars and emails to hide their relationship with regime officials.

Media Matters contention that the Namazis would not materially benefit from the lifting of economic sanctions and that benefits would flow to the Iranian people instead was one of the boldest distortions played out. Iran has consistently been ranked as one of the most corrupt regimes on the planet with vast swaths of the economy such as telecommunications, energy and commodities controlled through shell companies owned by the Revolutionary Guards Corps or regime leaders such as Hassan Rouhani and Ali Khamenei.

Reuters reported on one such arrangement controlled by Khamenei, one of the most powerful and secretive organizations in Iran – “Setad Ejraiye Farmane Hazrate Emam,” or Setad.

“The deal, which is likely to go into effect after clearing a major Congressional hurdle last week, lifts U.S. secondary sanctions on Setad and about 40 firms it owns or has a stake in, according to a Reuters tally based on annexes to the deal.

“The delisting of Setad — which has little connection to Iran’s nuclear program but is close to Iran’s ruling elite — feeds into U.S. Republicans’ criticism that the deal will empower Iran’s hardliners and help fund its regional ambitions.”

Reuters went on to report that with stakes in nearly every sector of Iran’s economy, Setad built its empire on the systematic seizure of thousands of properties belonging to religious minorities, business people, and Iranians living abroad, according to a 2013 Reuters investigation, which estimated the network’s holdings at about $95 billion.

Iranians who said their family properties were seized by Setad described in interviews in 2013 how men showed up and threatened to use violence if the owners didn’t leave the premises at once, said Reuters.

Already, one Setad firm appears to be moving to take advantage of the deal. Ghadir Investment Company, which the U.S. Treasury identified as a Setad-linked firm, signed a 500 million euro ($565 million) contract with the engineering unit of Finmeccanica, a spokesman for the Italian defense group said in August, according to Reuters.

Not only will the regime directly benefit economically from the nuclear deal, Parsi and his allies are now trying to spin the argument that things will improve in places such as Syria where nearly four million Syrian refugees have fled in the face of Afghan mercenaries hired by Iran, Hezbollah fighters armed by Iran and Syrian army troops loyal to the Assad regime funded by Iran.

Parsi went so far as to tell BuzzFeed that the deal would at the least help the conflict from escalating, but he neglected to mention the rapid escalation and destabilizing presence of Russian military troops and hardware now landing with regularity in Syria in support of Assad and working in cooperation with the Iran regime.

He also neglected to mention the regime’s Quds Force commander Qassem Soleimani’s secret visit to Moscow in violation of United Nations sanctions to discuss the acquisition of new military hardware and coordinate operations in Syria where his Quds Forces has been in the vanguard of fighting there.

Now as the news media see the deep ties the NIAC has to the regime and with all of the Republican presidential candidates vowing to ditch the nuclear deal on the day they take office, the fire sale is on for the regime to swipe, take and steal as much as it can before the door is finally closed on them.