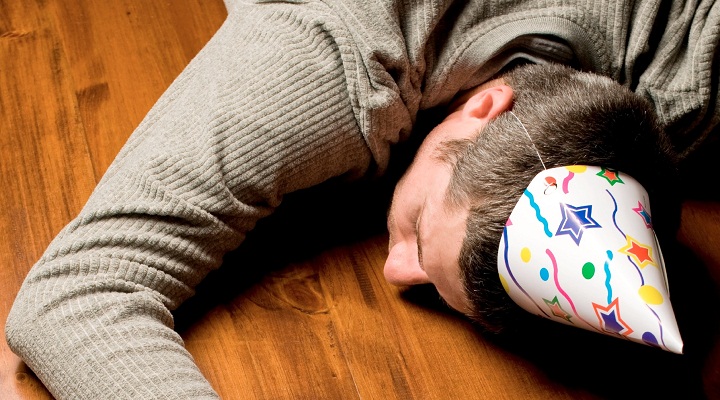 Dealing With the Iran Deal Hangover

Depending on who is keeping count, the Obama administration has either gotten the necessary number of commitments from Democratic Senators to overcome efforts to derail the proposed nuclear arms agreement with the Iran regime, or is on the verge of securing it, which raises the next inevitable question facing supporters of the deal: What’s next?

The regime’s expansive lobby and collection of supporters and apologists have shouted to the rooftops that this deal will auger in a new era of cooperation and moderation from the regime throughout the Middle East. It has been well-documented here already just how silly those statements have been, but the important issue for those politicians supporting the deal is the potential embarrassment they will pay should the mullahs end up not being moderate.

“The irony is that while Administration officials trumpet the nuclear deal as a triumph of soft power (diplomacy and reasoned negotiation) over hard power (military attacks on Iran’s nuclear facilities), Washington’s efforts to assure anxious Arab allies in the wake of the deal seem remarkably focused on reinforcing their capacity to engage Iran militarily,” he said.

“Listen to Secretary of State John Kerry’s remarks following his Aug. 3 meetings with Gulf foreign ministers in Qatar. He sounded more like a senior Pentagon official than America’s chief diplomat: ‘We agreed to expedite certain arms sales . . . to engage in very specific training to upgrade military capacity in the region . . . to talk about how to integrate the region’s ballistic missile defense,’” Seche added.

The fact that the first thing the Obama administration did was go to Sunni Arab Gulf states and Saudi Arabia and promise extensive new shipments of weapons to offset the anticipated expansion of Iran’s military says much for what the future will hold.

Most interestingly, moments after the administration secured enough votes to approve the deal, a letter from Secretary of State John Kerry popped into congressional inboxes where he admitted “that, despite the deal, Iran will continue to back terrorist groups across the globe” and promises to boost military support and funding to Israel and Gulf states such as Saudi Arabia, according to a copy of the letter obtained by the Washington Free Beacon.

“Important questions have been raised concerning the need to increase security assistance to our allies and partners in the region and to enhance our efforts to counter Iran’s destabilizing activities in the region,” Kerry writes. “We share the concern expressed by many in Congress regarding Iran’s continued support for terrorist and proxy groups throughout the region, its propping up of the Assad regime in Syria, its efforts to undermine the stability of its regional neighbors, and the threat it poses to Israel.”

One might think the administration is being magnanimous in victory, but in fact it now has to deal with the consequences of its action, namely prepare for the Iran regime to exert its perceived new freedoms to act aggressively against its neighbors without consequences. Since the agreement was narrowly defined to deal only with the nuclear issue with no linkages to reforms or changes in Iran’s policies or practices, the Obama administration has virtually no leverage left to deal with the extremist mullahs.

The Iran regime really has no intention of altering its behavior in light of the agreement as verified yet again by another violent display in Tehran, this time by members of the regime’s Bassij militia who burned American, British and Israeli flags outside of the former U.S. embassy.

According to Agence France-Presse accounts “some 30 people took part in trampling and burning the flags at a ceremony to unveil a plaque on the embassy’s fence of 100 derogative expressions to describe the United States. The phrases, all used by the Islamic republic’s late founder Ayatollah Ruhollah Khomeini, included: ‘Great Satan’, ‘criminals’, ‘corrupt’, ‘arrogant’ and ‘anti-Koran’.”

It’s good to know the regime is bulking up on derogatory phrases for the U.S., but we should not expect anything less from a regime which has made it abundantly clear its distaste of the U.S. and contempt for any moderation or accommodation with its traditional enemy. In the mullahs eyes, the deal is not so much a new measure of cooperation, as much a fleecing of a stupid America.

As regime lobbyists such as Trita Parsi of the National Iranian American Council take a victory lap, it’s worth remembering how the burden now moves squarely onto the shoulders of representatives to the extent that every violent act, horrific violation of human rights or act of terror will be connected directly to their vote.

That is a particular long time to have a hangover.