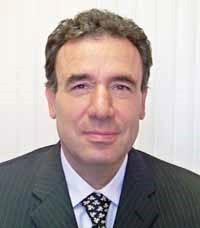 On his website, IranLobby.com, Hassan Daioleslam published details on Iran’s efforts to influence US policy, including information on Trita Parsi’s close links to the mullahs.
Parsi and NIAC retaliated, filing a defamation lawsuit against Daioleslam in May 2008, hoping to shut down the website. The attack backfired when Parsi was required, during discovery, to make available data on NIAC’s computers, calendar entries, emails and other documents.
NIAC failed to produce discoverable records, documents were altered, and Parsi claimed his personal laptop had been stolen and files were not back up. A forensic investigation of NIAC’s computers revealed more than 4,000 unreported records.
Among the NIAC documents made public were emails between Parsi and Javad Zarif, then Iran’s Ambassador to the United Nations. They reveal Parsi’s colluded with Zarif to distribute Iranian documents to influence US policy.
The court dismissed the lawsuit in 2012, chastising Parsi and NIAC for filing the frivolous case and attempting “to evade their discovery obligations.” They were ordered to pay $183,480.09 to cover most of the legal expenses.

The internal operations of NIAC were exposed publicly following its defamation lawsuit against Hassan Daioleslam, a human rights activist who fled Iran in 1981.  Daioleslam relocated to the US and in 2005 set up a website, IranLobby.com, to expose the mullahs’ activities to influence US policy.

Based on his analysis of NIAC activities, Daioleslam concluded that Parsi and NIAC:

Parsi and NIAC filed a defamation lawsuit against Daioleslam in May 2008, hoping to stop his further investigations and release of information about the organization.  Discovery lasted for more than two years.  The court had to compel Parsi and NIAC to produce information on NIAC’s computers, calendar entries, emails, and other documents.

At one point, Parsi and NIAC filed an emergency motion to prohibit the public distribution of information uncovered in the discovery process.  The court denied the motion, stating NIAC had also made public statements about the litigation and it would not restrain debate on the lawsuit, which it described as “an issue of substantial public importance.”[4]

During discovery, Parsi and NIAC failed to produce thousands of discoverable records.  PriceWaterhouseCoopers (PWC) was hired to conduct a forensic investigation of NIAC’s computers.  It located 4,159 unreproduced records.  Other elements of the case include:

In September 2012, the court dismissed the lawsuit and Daioleslam’s motion for summary judgment was granted.  The judge sanctioned Parsi and NIAC for their discovery abuses and ordered them to pay most of the legal expenses.

To demonstrate his independence with the mullahs, Parsi recounted hee had criticized the Iranian regime’s human rights record.  The court was unimpressed.  “That Parsi occasionally made statements reflecting a balanced, sharedblame approach,” the judge said, “is not inconsistent with the idea that he was first and foremost an advocate for the regime.”[6]

Additionally, the court noted Parsi’s criticism of the regime did “not come close to specifically condemning – or even mentioning – the ‘torture, mass executions, rapes of women in prison, and stoning’ that defendant [Daioleslam] accuses him of ignoring.”[7]

The court chastised Parsi and NIAC for filing the frivolous lawsuit and repeatedly trying “to evade their discovery obligations,” and directed they pay a penalty of $183,480.09.

[5] Trita Parsi and NIAC vs. Daioleslam Seid Hassan, US District Court for the District of Columbia, November 14, 2011.