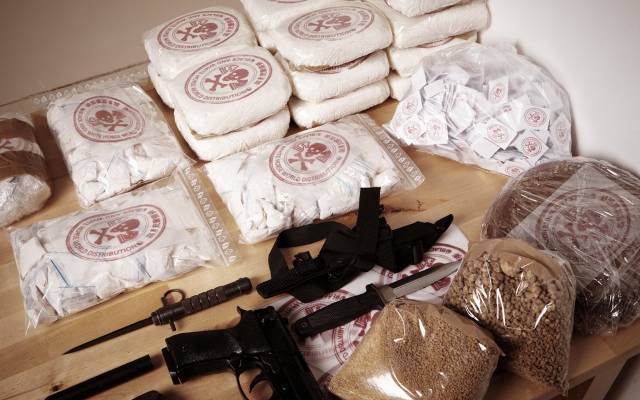 Politico published a devastating story of how the Obama administration derailed a Drug Enforcement Administration operation aimed at Hezbollah, a Lebanese-based, Iranian-backed terrorist group, which used trafficking in drugs and weapons to fund its operations, in order to prevent jeopardizing the Iran nuclear deal.

The blockbuster revelation came in an exhaustive three-part series by Politico’s Josh Meyer who delved deep into Hezbollah’s criminal and terrorist operations, its support from the Iranian regime and the Obama administration’s desperate moves to keep the DEA’s investigation from jeopardizing a flawed nuclear deal alive.

Known as Project Cassandra, the DEA’s extensive campaign was aimed at toppling the terrorist group’s elaborate network smuggling and selling narcotics and weapons around the world; whose profits were used to fund the terror network worldwide.

“This was a policy decision, it was a systematic decision,” David Asher, who helped establish Project Cassandra as a Defense Department illicit finance analyst in 2008, told Politico. “They serially ripped apart this entire effort that was very well supported and resourced, and it was done from the top down.”

When Project Cassandra leaders, who were working out of a DEA’s Counter facility in Chantilly, Virginia, sought an OK for some significant investigations, prosecutions, arrests and financial sanctions, Justice and Treasury Department officials delayed, hindered or rejected their requests, according to Politico.

Project Cassandra members said Obama officials blocked or undermined their efforts to chase down top Hezbollah operatives, including one of the world’s biggest cocaine traffickers who was also a top supplier of conventional and chemical weapons used by Syrian President Bashar Assad against his own citizens.

According to Politico, the DEA followed cocaine shipments, some from Latin America to West Africa and on to Europe and the Middle East, and others through Venezuela and Mexico to the United States. They tracked the river of dirty cash as it was laundered by, among other tactics, buying American used cars and shipping them to Africa. And with the help of some key cooperating witnesses, the agents traced the conspiracy, they believed, to the innermost circle of Hezbollah and its state sponsors in Iran.

It is ironic that the other countries involved in the smuggling operation include countries such as Venezuela who is closely tied to the Iranian regime.

It is even more ironic that the Iran lobby has been deaf, dumb and mute on the disclosures since they fly directly in the face of the claims made by Iran advocates such as Trita Parsi of the National Iranian American Council who extolled the virtues of the nuclear deal as a moderating force within Iran and throughout the Middle East, but now we know that the promise of the deal in fact persuaded the Obama administration to give Hezbollah a free pass in shipping narcotics to Western nations and arms to proxies who later used them in conflicts stretching from Syria to Yemen to Nigeria.

The Obama-led Justice Department declined requests by Project Cassandra and other authorities to file criminal charges against major players such as Hezbollah’s high-profile envoy to Iran, a Lebanese bank that allegedly laundered billions in alleged drug profits, and a central player in a U.S.-based cell of the Iranian paramilitary Quds force. And the State Department rejected requests to lure high-value targets to countries where they could be arrested, according to Politico.

In hindsight, the Obama administration’s Pollyanna-ish view of the Iranian regime and Hezbollah since at best naive, and at worst deliberately obstructive.

Obama’s then CIA director, John Brennan, even recommended that Obama “has the opportunity to set a new course for relations between the two countries” through not only a direct dialogue, but “greater assimilation of Hezbollah into Lebanon’s political system.”

The logic that believed the mullahs in Tehran could be trusted to act in a civilized manner also seemed to guide the belief that Hezbollah could be assimilated into a normal political party in war-torn Lebanon.

It is clear now that the pervasive idea of appeasement was hatched almost from the day President Obama was sworn into office and guided U.S. policy moving forward and eventually set the stage for the carnage and bloodshed Iran has unleashed over the past three years.

Politico cited the example of Lebanese arms dealer Ali Fayad, a suspected top Hezbollah operative whom agents believed reported to Russian President Vladimir Putin as a key supplier of weapons to Syria and Iraq, who was arrested in Prague in the spring of 2014.

But for the nearly two years Fayad was in custody, top Obama administration officials declined to apply serious pressure on the Czech government to extradite him to the United States, even as Putin was lobbying aggressively against it.

Fayad, who had been indicted in U.S. courts on charges of planning the murders of U.S. government employees, attempting to provide material support to a terrorist organization and attempting to acquire, transfer and use anti-aircraft missiles, was ultimately sent to Beirut. He is now believed by U.S. officials to be back in business, and helping to arm militants in Syria and elsewhere with Russian heavy weapons.

We know that the Obama administration’s policy of appeasement has been a complete failure in reining in Iranian extremism. It has made the world a much more dangerous place and resulted in the deaths of hundreds of thousands of people.

We can only hope that the Politico story revelations will serve as a harsh reminder for the Trump administration not to make the same mistakes.