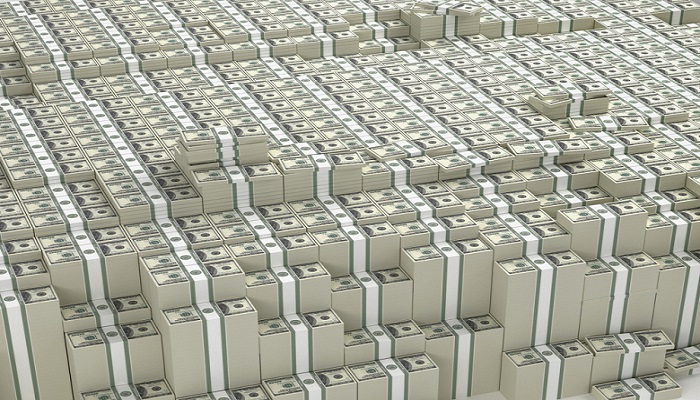 Iran regime president Hassan Rouhani gave a speech marking Iran’s Labor Day in which he said a ratified nuclear deal would end business for sanctions busters who made millions from the illegal sale of black market Iranian oil and the importation of banned goods and technology. It was a curious statement to make since Rouhani and other regime leaders have benefitted greatly in the black market trafficking of goods.

But the Iranian PR and lobbying machine are busy trying to make the case that ending sanctions would empower the Iranian people and disenfranchise powerful hardline conservative entities as the Revolutionary Guard Corps. It is a disingenuous argument to make since the opposite is the more realistic outcome based on moves being made by Rouhani and his boss, top mullah Ali Khamenei.

It is important to remember that the number one condition of Iran’s mullahs for any deal is a complete lifting of all economic sanctions at the same time when a deal is signed. That includes U.S. sanctions (both executive and Congressional), European Union sanctions and sanctions placed by the UN Security Council. Why? Because it would open floodgates to over $100 billion in immediate cash into Iranian coffers, coffers controlled almost exclusively by the Revolutionary Guard.

In addition, the lifting of sanctions would include the immediate availability of Iranian oil back on the open market, generating almost 3 million barrels of oil for the regime. Right now, the company controlled by the Guard is maintaining a fleet oil tankers in the Gulf filled to the brim with oil in offshore storage it plans to release the minute an agreement is signed.

Also, the large bulk of utilities and services in Iran are also controlled by shell companies for the Guard, this includes the nation’s cellular providers, internet providers, electronics importers, drug importers, power companies, and water companies. The Guard recently took control of Iran’s telecommunications company with a $7.8 billion stake.

All of these firms would be able to take in foreign investment with many market analysts estimating foreign investment in Iran at close to $1 trillion; with most of that money being channeled through Guard controlled companies. The net contribution to the Revolutionary Guard would dwarf anything it currently makes on the black market.

Why this is important to the regime, besides filling the pockets of Guard commanders and regime mullahs and their families, is to help replenish state accounts drained from funding four proxy wars right now, including costly fights in Syria, Iraq and Yemen. Not to mention the need for the Guard to seriously upgrade its technology, including the recent sale of state-of-the-art S-300 anti-aircraft missile systems from the Russians to Iran. Far from hurting the Guard, ending sanctions would be the lifesaver for the Guard just when it needed it the most.

The regime needs cash badly, which is why it is making an all-out push to have all sanctions dropped immediately. It also explains why the West has at its disposal no more leverage than it does now as Iran is badly straining from mismanagement by the mullahs, its conflicts and corruption.

To not take advantage of that opportunity to force serious concessions from Iran’s mullahs in areas such as human rights and terror activities, not to mention its nuclear program would be a historic blunder; one that the world might never recover from.