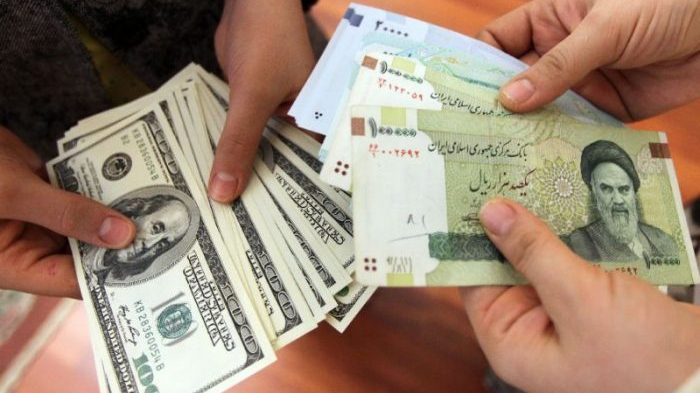 Iran’s currency, the rial, took a nosedive in hitting a record low against the U.S. dollar as financial markets returned from the Christmas holiday and doubts crept up about the impact the incoming Trump administration would have on the struggling Iranian economy under the mullahs.

More importantly, the plunge in the rial was more proof of that the mullahs in Tehran were incompetent when it came to managing their economy and that supporting three large-scale wars in Syria, Iraq and Yemen and had drained the regime’s foreign currency reserves dry.

The much ballyhooed promises of the Iran lobby that the nuclear deal reached last year would yield economic benefits for the Iranian people fell as fast and as flat as the Iranian currency.

Economists said there were several reasons for the slide, including the dollar’s strength against many currencies in the last few weeks, and uncertainty before next year’s presidential elections in Iran, according to Reuters.

But they said Trump’s election in November was a major factor. He has said he will scrap the deal between Iran and world powers that imposed curbs on Tehran’s nuclear projects and lifted sanctions on the Iranian economy in January this year.

This would hinder Tehran’s efforts to attract tens of billions of dollars of foreign funds to help modernize its economy. Inflows since January have been smaller than the government expected, partly because big international banks fear running into U.S. legal trouble if they deal with Iran; this in spite of efforts by the outgoing Obama administration to grant waivers and exemptions to the regime in an effort to spur the flow of cash to Tehran.

Iranian officials have denied any link between the U.S. election result and the rial’s slide. Samad Karimi, head of the exports department at the central bank, blamed the slide on a temporary surge in demand for dollars for travel and trade at the end of the year, state news agency IRNA reported.

Regime spokesman Mohammad Baqer Nobakht said on Monday that the rial’s drop was due to “psychological issues” and that the government hoped it would rebound within days.

Nevertheless, traders at some exchange houses in Tehran told Reuters they had not seen a sudden rise of dollar demand in recent weeks – suggesting the reasons for the rial’s tumble might be deep-seated.

That assumption of deep-seated problems within the Iranian economy are true since Iran is notoriously corrupt with virtually of the nation’s industries controlled through a myriad of shell companies by the Revolutionary Guard Corps and personal family fiefdoms of regime leaders.

This arrangement restricts Iran’s ability to operate a true free market economy, but rather is run like a gangland-style criminal enterprise where nepotism, personal favorites and enrichment and slavish devotion to exporting its extremist Islamic ideology dominate economic and fiscal decisions.

How a President Trump will deal with the Iranian regime is fast becoming the dominant policy discussion in European and Middle Eastern capitals. The initial reaction to his announced cabinet choices shows the potential for a more hardline response to Iranian militancy and extremism with such avowed critics of the regime as Rep. Mike Pompeo and Sen. Jeff Sessions set to assume office.

The potential for a sea change from the policy of appeasement followed by the Obama administration has emboldened critics of the Iranian regime to speak out including Iranian dissident groups long shut out by Obama.

“Unfortunately, Iranians have been among the main victims of the detrimental policies adopted by President Obama in the Middle East. A prime example of these detrimental policies was the secret delivery of hundreds of millions of dollars in cash to the Revolutionary Guards in exchange for the release of the hostages,” the dissidents’ letter said.

Fox News first published the document, the full text of which can be read on the Farsi-language website Taghato, which is run by the Iranian Liberal Students and Graduates group.

The signatories come from France, Germany, East Asia, Canada, the US and other countries.

“The ISIS and the Islamic Republic of Iran are two sides of the coin that is Islamic fundamentalist terrorism. To end this reign of terror, the Islamic caliphate (ISIS) and the Islamic regime in Iran must be replaced with elected pro-peace and prosperity governments.”

The letter called for fresh sanctions targeting “the Islamic Revolutionary Guard Corps (IRGC) and the supreme leader’s financial empire and direct the US Treasury to strongly enforce them” and stop Iran’s pursuit of long-range missiles.

Publication of the document electrified Iran’s social media and regime-controlled news outlets. The IRGC-controlled Fars News Agency called supporters of the letter traitors, while the subject was among the top hashtags on Twitter.

BBC Persian said the letter was re-tweeted more than 10,000 times.

The dissidents’ open letter is only one of many entreaties now being aimed at the Trump team in the hopes of reasserting America’s role as watchdog of the Iranian regime and curb on the mullahs.

For the Iranian people, renewing the push for democracy and accountability can only help improve their economic condition.