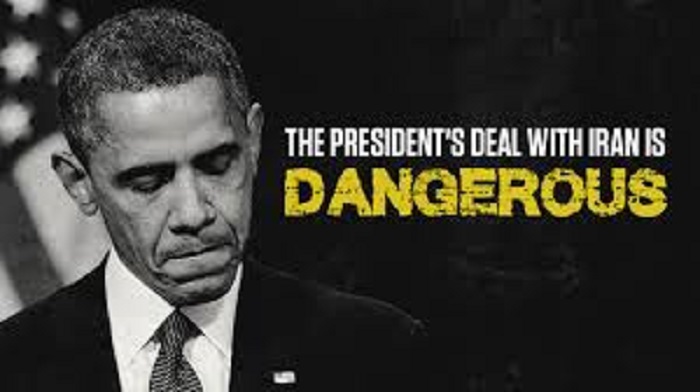 The fight against the proposed nuclear deal with the Iran regime took on a decidedly edgier and more local flavor as citizen journalists, local news media and grassroots opponents began to make their voices heard as more people begin to focus on the contents of the 159-page document.

While the national media spotlight has been dominated by presidential candidates from both parties weighing in the deal and Senators and Representatives giving their opinions for and against the deal, the proverbial little guys was starting to make their voices heard across America.

In the Albany Herald, a community newspaper in Georgia, Eric Hogan, wrote a guest column that captured the growing consensus amongst ordinary Americans.

“The practical effect of this incredibly bad nuclear deal that has been negotiated with Iran is that President Obama will be financing the Iranian nuclear program with the $100 billion plus cash injection the Iranians receive for approving the deal. Any leftover funds will be available to increase their position as already the biggest sponsor of terrorism in the world. Iran is assured it can become a nuclear power — legally in 10 years or sooner if they decide to cheat,” Hogan said.

“The world had no need to rush and could have patiently waited for Iran’s collapsing economy to force them to give up on the bomb. There were many alternatives other than war available for dealing with Hitler from 1936 to 1939. But, after 1939, it was either war or surrender,” he added.

That kind of sentiment will almost surely go on display next month during the summer recess for Congress as members go back to their home districts and hear from constituents at local town halls. As both sides of the deal gear up to launch massive lobbying and public relations campaigns, the setting is eerily reminiscent of the battle over Obamacare in 2009 with similar contentious town hall settings being played out before the media.

As Martin Matishak writes in the Fiscal Times “if the Republican-controlled Congress votes to disapprove the deal, Obama can veto the legislation. In that case, the president needs 145 of the 188 Democrats in the House to back the agreement, and he can’t afford to lose more than 13 backers in the Senate to sustain his veto.”

Last May, a letter was signed by 145 Democratic House members expressing their support for the deal, which indicates how incredibly close and razor thin the margin is for the president and the mullahs in Tehran.

But Iran lobby forces are not taking the effort for passage lightly; launching their own grassroots effort in coordination with the administration in an effort to try and persuade undecided House members to make their votes known now rather than wait for the summer onslaught of lobbying from deal opponents.

Part of the argument during this debate will assuredly focus on the administration’s contention that the only choices available to Congress are war and peace depending on how one votes for the deal, but there are other choices as articulated by notables such as Mrs. Maryam Rajavi who leads the largest Iranian dissident group in the National Council of Resistance of Iran and David Adesnik who writes of the alternatives to the Iran deal in The Weekly Standard.

“War is not imminent because the structure of the deal now on the table gives Iran very strong incentives to remain cooperative at least until the next American president takes office and Tehran finishes negotiating long-term contracts with the multinational energy firms that are so eager to claim a share of the Iranian market,” Adesnik said.

“Therefore, if a two-thirds majority in Congress prevents President Obama from waiving sanctions, the result will not be an Iranian sprint toward the bomb, but rather the first step toward restoring America’s diplomatic leverage. In addition, if Congress says no, Iran may find it very difficult to access the $100-150 billion of escrow funds and frozen assets it hoped to collect as the result of deal,” he said.

“Finally, given what strong incentives the Iranians have to remain in compliance, the next president and the next Congress will almost certainly have the same opportunity as today to accept the terms negotiated in Vienna. Thus there is nothing to lose by waiting and much to be gained,” Adesnik added.

Already protests and demonstrations against the deal have begun to spring up across America in New York’s Times Square where 10,000 people gathered, to San Diego’s Balboa Park on the other side of the country.

His comments came after Bahrain this weekend announced it had foiled a plot to smuggle arms by two Bahrainis with ties to Iran and recalled its ambassador to Tehran after what it characterized as repeated hostile Iranian statements. Jubeir made his comments at a press conference held with visiting European Union foreign policy chief Federica Moghrini, in which he said he raised the issue of Iran’s aggressiveness.