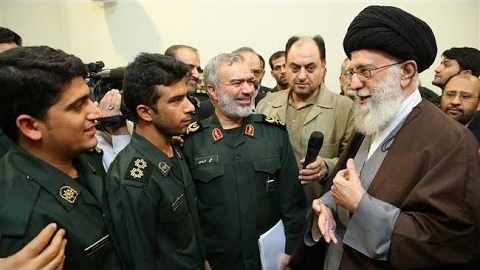 Iran regime leader Hassan Rouhani begins a European tour previously postponed because of the terrorist attacks in Paris with stops in France and Italy which has been highlighted by the regime as a goodwill tour as well as a shopping spree to use some of the $100 billion in frozen assets being returned to Iran as part of the nuclear agreement.

Both in France and Italy there are companies with long established business relationships in Iran but they remain hesitant given the regime’s actions in the months immediately following signing of the deal including the test launching of ballistic missiles violating United Nations sanctions against development of nuclear-capable missiles and the continued escalation of the Syrian conflict and support for proxy militias in Iraq and Yemen leading to broad sectarian violence.

More recently the regime engaged in a prisoner swap, releasing several Americans being held by the regime including Washington Post reporter Jason Rezaian and Christian pastor Saeed Abedini, in exchange for a large number of Iranians who had been charged and convicted of arms smuggling and trading in illegal nuclear and military components.

Additionally, both Democrats and Republicans in Congress and on the presidential campaign trail have expressed doubts over the regime’s ability and willingness to give up its militant ways, as well as what the mullahs plan do with all of the billions of dollars they are about to receive. Several pieces of legislation have been put forward addressing the levying of additional sanctions on Iran should the regime prove recalcitrant moving forward.

This has caused the Iran lobby to push back and attempt to make the issue of new sanctions a partisan issue by placing blame on Republicans, even though support for a tough approach to Iran has come from both sides of the aisle.

“From the European side, there is a concern that if they enter Iranian market they will be subjected to American sanctions. Because there are conflicts in the U.S.,” said Trita Parsi, head of National Iranian American Council, the regime’s chief lobbyist. “Congress is very skeptical about the deal and republicans are still pushing for new sanctions and this is sending a conflicting message making Europeans concerned.”

Parsi made his comments to regime-controlled media in an attempt to convince European companies on the eve of Rouhani’s visit to open wide the doors of trade and investment to the regime even with growing doubts over the corrupt nature of the economy and high level of censorship, human rights abuses and control of most industries by the Revolutionary Guard Corps.

Those doubts were only reinforced this weekend by comments made by top mullah Ali Khamenei who commended the actions taken by Revolutionary Guard Corps members in detaining American sailors, calling their actions “courageous.”

“You did a brilliant, interesting and timely job. In fact, this event should be considered God’s work. He drew them towards our waters so that with your timely measure, they would be arrested in that manner – with their hands on their heads,” Khamenei said on his official website.

The statements being made by Khameneni, Rouhani and other regime officials over all the incidents are often conflicting; adding to the confusion over what the regime’s true goals and aims are. Doyle McManus examined this almost bipolar quality within the Iran regime in an editorial in the Los Angeles Times.

“The underlying problem is that Iran still hasn’t made the choice Henry Kissinger described several years ago: whether it is a country or a cause — a normal state, or a revolutionary one,” McManus writes. “On the other hand, the Iranians have repeatedly rejected proposals for normal diplomatic relations with the U.S. (an offer floated by George W. Bush before Barack Obama). They even rejected a U.S. proposal for a hotline between the two countries’ armed forces, even though that could avert unnecessary clashes.”

“This resistance to formal normalization is partly about preserving Iran’s revolutionary self-image,” he added. “So even as he has authorized a de facto rapprochement with the United States, Khamenei has released an uninterrupted flow of statements denouncing the Great Satan and warning against Western subversion.”

This explains much of what is confounding to outside observers about the regime and why the arguments made by the Iran lobby about regime “moderation” is so much hot air. As Michael Rubin, a resident scholar at American Enterprise Institute, pointed out in a recent editorial:

“So what to make of President Hassan Rouhani’s election? Rouhani might have embraced a softer rhetorical style than Mahmoud Ahmadinejad, his predecessor, but he is no more reformist. True, he purged a lot of the Islamic Revolutionary Guard Corps officers from the cabinet, but he replaced them with Ministry of Intelligence veterans. Public executions have skyrocketed under Rouhani.”

“Khamenei is not only supreme leader, but he’s also master marionette, playing factions off each other in order to maintain his own power. The seeming rotation between hardline and less hardline factions has less to do with liberalization and more to do with simply cleaning house before any alternative power can consolidate.” Rubin added. “Obama may believe change in Iran to be inevitable. Unfortunately, it is not the change he imagines. That the Iran deal as constructed provides the cash to Iran’s most hardline elements will only catalyze the slow decline of Iranian reformism.”

It is against this backdrop that Rouhani’s European tour comes soaked in the blood of over 2,000 men, women, children, political opponents, dissidents, activists and others who have been executed since Rouhani took power; a large number of them in grisly public hangings.

According to human rights groups, Iranian dissidents and even United Nations officials, the pace of executions have been stunning even for Iran’s bloody history and are likely to continue unabated. According to the National Council of Resistance of Iran, the first two weeks in January have already seen over 52 executions.

The prospects for the future remain bleak as the regime’s Guardian Council, comprised of 12 Islamic jurists appointed by Khamenei, disqualified more than 6,500 candidates from upcoming parliamentary elections, with opposition groups claiming upwards of 90 percent of “reformist” candidates had been eliminated.

For Europeans meeting with Rouhani this week, it is best to think twice before making a big risk in trading with the regime in Iran, particularly since in the eyes of the Iranians inside and outside the country trading with the mullahs is the equivalent to neglecting the gross violations of human rights in Iran.