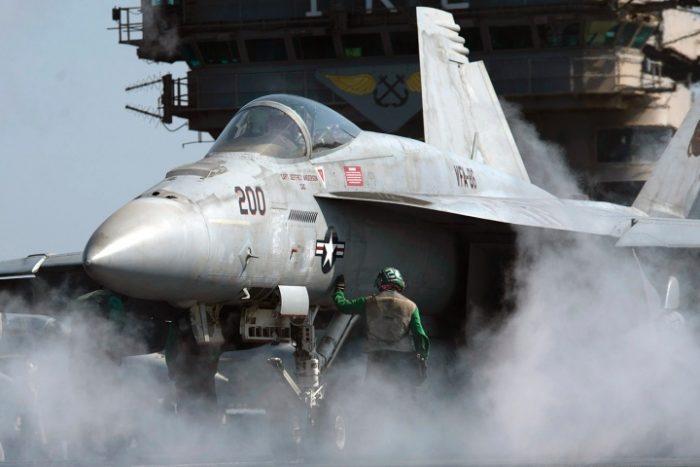 One of the hallmarks of the Iranian regime is to do whatever it takes to mollify the anger of the Iranian people and then go ahead and do what is in the best interests of the mullahs and the Revolutionary Guard Corps that backs their rule.

A large dose of that is promising everything under the sun during an election and then promptly ignore every one of those promises. The repercussions of those lies largely goes unnoticed because the regime uses harsh methods to punish dissent and keep protests at a minimum.

During the most recent presidential election, Hassan Rouhani, aided by the Iran lobby abroad, touted promises to advance the cause of Iranian women by addressing extreme gender imbalances that exist between men and women in Iranian society.

The idea was to continue promoting the idea that Rouhani was some enlightened moderate fighting hardline forces and promising a more open and inclusive society. Why anyone would believe him after the past four years of brutal crackdowns on almost every sector of Iranian society is beyond normal thinking.

But when faced with unremitting cruelty, in an environment of rampant corruption, under constant threat of death and imprisonment, hope is a challenging thing to keep alive and shows why many Iranians might be willing to even believe in lies because the alternative can be soul-crushing.

So, after Rouhani was sworn in for his second term, he released a list of cabinet appointments and unsurprisingly, not a single woman was named to a senior position.

Rouhani nominated men to fill 17 of 18 ministerial slots in his new government, according to the semi-official Tasnim news agency, with no one yet put forward for science minister. He appointed three women among a dozen vice presidents in his previous administration.

“Right now, many members are expressing their opposition,” Tayyebeh Siavashi, a reformist lawmaker who was among the 17 women elected last year to represent pro-Rouhani factions, said by phone to Bloomberg from inside parliament after the ministerial list was submitted. “It’s a big question for us: Why after all our efforts and hard work do we have no women at all?”

Most Western media attempted to frame the omission as an effort by Rouhani to appease hardliners within the government who oppose his “reformist” efforts, including the nuclear agreement and opening dialogue with the West.

Pardon us while we cough.

The truth of the matter is simple: This is who Rouhani is; a loyal, dedicated and faithful member of the regime going back to his earliest days.

Rouhani never had any intention of advancing a moderate agenda. He always has been a product of the regime and was constructed with a mythology that served the interests of the regime. The mullahs needed the nuclear deal to lift crippling economic sanctions to help fund their wars and keep the IRGC afloat.

Rouhani did not disappoint while he also actually stepped up the repression of the Iranian people; nearly tripling the rate of public executions from the much-reviled Mahmoud Ahmadinejad’s tenure; no small feat.

Not all Iranians were fooled as many took to social media to express their frustration at the lack of advancement for women on this significant social issue.

“Up until the last moment, serious efforts were underway to make sure there would be names on there,” said Amene Shirafkan, a journalist who campaigns on women’s issues and stood as a candidate in Tehran’s city council elections, referring to the list. “It’s a rather conservative cabinet, much like Rouhani himself.”

In many ways, with the nuclear deal behind him and the prospect of a Trump administration seeing through the false moderate façade and taking direct action against the regime, Rouhani and his fellow mullahs have figured out there may no longer be any need to continue with the fantasy of playing at moderation.

This may explain the rapid escalation in tensions between the Iranian regime and U.S. Navy as an Iranian drone buzzed a F/A-18E Super Hornet fighter as it prepared to land on the USS Nimitz in the Persian Gulf.

“Despite repeated radio calls to stay clear of active fixed-wing flight operations within the vicinity of USS Nimitz, the QOM-1 executed unsafe and unprofessional altitude changes in the close vicinity of an F/A-18E in a holding pattern preparing to land on the aircraft carrier,” said Commander Bill Urban, a spokesman for U.S. Naval Forces Central Command.

The Navy F/A-18E had to execute a quick maneuver to avoid contact with the drone, which at one point was roughly 200 feet away horizontally and about 100 feet vertically, according to the Washington Examiner.

According to the U.S. Navy, this is the thirteenth time this year there has been an unsafe or unprofessional interaction between U.S. and Iranian maritime forces.

This hasn’t been the only confrontation with an Iranian drone. Last June, U.S. forces shot down two Iranian-made drones that approached U.S.-backed troops in Syria.

It is important to note that all of these actions, plus the abduction of additional American hostages occurred well before President Trump ever took office, bringing out the untruth of the Iran lobby who claim his policies in confronting the regime are responsible for the escalation in tensions.

Most worrisome are reports that North Korea is deepening its ties to the Iranian regime with Kim Yong Nam, head of the rogue regime’s parliament attending Rouhani’s swearing in ceremony.

Kim’s trip though is expected to stretch to 10 days in Tehran, permitting a more detailed series of meetings about the military alliance the two nations share, as well as Western intelligence reports that say North Korea has constructed a nuclear warhead small enough to fit on one of its ballistic missiles.

It is reasonable to think since North Korea licensed its missile technology to Iran that it is also willing to share its nuclear technology in exchange for much-needed cash which Iran has thanks to the nuclear agreement.