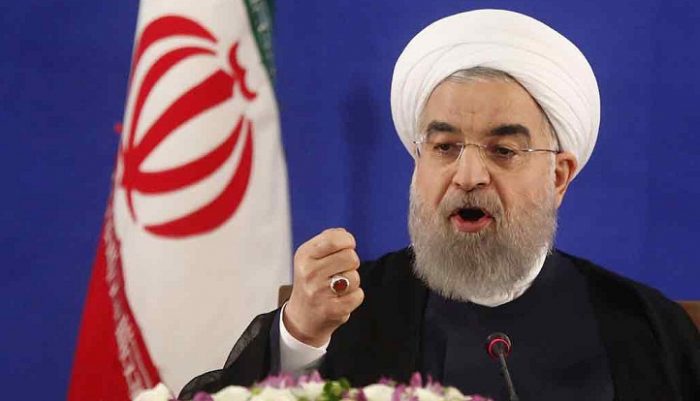 One of the inconvenient truths for Iranian regime president Hassan Rouhani has been the growing irrelevance of the Iran lobby and its inability to drive the narrative in the U.S., especially among leading media outlets.

Where once loyal allies such as Trita Parsi of the National Iranian American Council were common fixtures on CNN, NPR and the New York Times, they are now largely relegated to small, progressive blogs and websites.

Much of that has been due to the revelations over the years of the existence of the Iran lobby and its cooperation with the Obama administration to create an “echo chamber” in support of passing the Iran nuclear deal and its ties to the Iranian regime through the work of investigative journalists and lawsuits.

Iran itself didn’t help with its long support and intervention in the bloody Syrian civil war and sectarian fights in Iraq and Yemen that have claimed tens of thousands of lives. Neither did the election of Donald Trump as president; who took a much dimmer view of the regime’s claims towards moderation and has all but ignored anything the Iran lobby says.

All of which may explain why the regime has decided to put Rouhani out in front aggressively shilling a moderate/hard line on topics ranging from the economy to recent protests in effort to reinforce the illusion of moderation it once projected.

It’s important to remember that this is really what Rouhani was elected to do in the first place. His position lacks any real substantive power within regime since he does not control the Revolutionary Guards Corps, nor its Quds Force. Neither does he wield any power over the paramilitaries that brutally enforce morals codes on the people or the religious courts that are often used to sentence and imprison Iranians by the thousands.

Which is why the original messages put forth by regime supporters such as Parsi and the NIAC that Rouhani’s election was a sign of a seismic shift within the regime government weren’t worth much more than used toilet paper.

As a prophet, Parsi falls somewhere between David Koresh of the Branch Davidians and the Weekly World News.

What is true is that Rouhani put on a PR blitz this week to try and shore up support from the regime in a number of areas at a wide ranging press conference:

So, while Rouhani was all sweet and moderate, behind his words were the real iron fist of a regime unwilling to bend or compromise or deny itself the ability to stifle dissent or control its own destiny.

Add to that statements made by two Iranian-backed Shiite militias in Iraq that demanded the full withdrawal of U.S. forces from Iraq in order to allow Iran a dominant position as the only foreign military power within Iraq.

“We are serious about getting the Americans out, using the force of arms because the Americans don’t understand any other language,” its spokesman, Jaafar Al-Husseini, told Beirut-based Al-Mayadeen TV on Monday evening.

Kataib Hezbollah has strong links to Iran’s Revolutionary Guards Corps and has threatened to attack US forces several times in the past, describing their presence as an occupation.

But what has Rouhani most troubled, as well as the Iran lobby, is the persistent protests by ordinary Iranians that are not going away, no matter how many are imprisoned.

That is what concerns Rouhani and the mullahs the most; that this organic and natural protest movement will continue to spread and take deep root within Iran and pose the most significant threat to their rule.