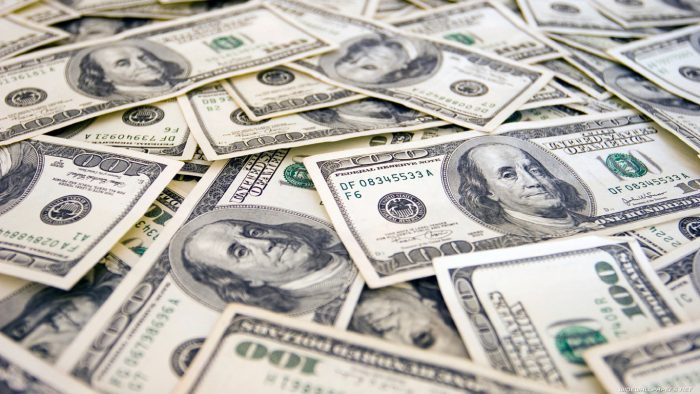 How Much Are Four Americans Worth to Iran? $400 Million

How much are four Americans worth to the Iranian regime? Apparently $400 million since news reports indicate the Obama administration secretly shipped $400 million worth of cash to Iran coinciding with the release of four Americans detained in Tehran and released as part of the nuclear agreement.

According to the Wall Street Journal, Wooden pallets stacked with euros, Swiss francs and other currencies were flown into Iran on an unmarked cargo plane, according to these officials. The U.S. procured the money from the central banks of the Netherlands and Switzerland, they said.

The money represented the first installment of a $1.7 billion settlement the Obama administration reached with Iran to resolve a decades-old dispute over a failed arms deal signed just before the 1979 fall of Iran’s last monarch, Shah Mohammad Reza Pahlavi.

While Obama officials denied any quid pro quo of cash for the prisoners, U.S. officials also acknowledged that Iranian regime negotiators on the prisoner exchange said they wanted the cash to show they had gained something tangible.

Sen. Tom Cotton, a Republican from Arkansas and a fierce foe of the Iran nuclear deal, accused the Obama administration of paying “a $1.7 billion ransom to the ayatollahs for U.S. hostages.”

“This break with longstanding U.S. policy put a price on the head of Americans, and has led Iran to continue its illegal seizures” of Americans, he said.

Since the cash shipment, the intelligence arm of the Revolutionary Guard has arrested two more Iranian-Americans. Tehran has also detained dual-nationals from France, Canada and the U.K. in recent months.

The Iranian regime’s news media quoted senior regime defense officials who described the cash as a ransom payment themselves putting into proper focus how they perceive the cash payment.

Ironically, the $400 million was paid in foreign currency because any transaction with Iran in U.S. dollars is still illegal under existing sanctions not related to the nuclear agreement for violations of human rights and sponsorship of terrorism.

A report by an Iranian news site close to the Revolutionary Guard, the Tasnim agency, said the cash arrived in Tehran’s Mehrabad airport on the same day the Americans departed.

Revolutionary Guard commanders boasted at the time that the Americans had succumbed to Iranian pressure. “Taking this much money back was in return for the release of the American spies,” said Gen. Mohammad Reza Naghdi, commander of the Guard’s Basij militia, on state media.

Among the Americans currently being held are an energy executive named Siamak Namazi and his 80-year old father, Baqer, according to U.S. and Iranian officials. Iran’s judiciary spokesman last month confirmed Tehran had arrested the third American, believed to be a San Diego resident named Reza “Robin” Shahini.

Friends and family of the Namazis believe the Iranians are seeking to increase their leverage to force another prisoner exchange or cash payment in the final six months of the Obama administration. Secretary of State John Kerry and other U.S. officials have been raising their case with Iranian diplomats, U.S. officials say.

Iranian officials have demanded in recent weeks the U.S. return $2 billion in Iranian funds that were frozen in New York in 2009. The Supreme Court recently ruled that the money should be given to victims of Iranian-sponsored terror attacks.

Clearly the Iranian regime expects to use the same tried and true tactics to squeeze more cash out of the Obama administration in its waning days as the three proxy wars it funds in Syria, Iraq and Yemen drain it of cash as fast as it can replenish it.

The fact that the last days of the Obama administration are coming and with both presidential candidates—Hillary Clinton and Donald Trump—promising to hold the Iranian regime more accountable, the regime’s leaders may be seeing the end of the road to the usefulness of the nuclear deal.

Top mullah Ali Khamenei harshly denounced the Iran nuclear deal Monday, referring to the negotiations as a “lethal poison” that will prevent his country from negotiating with the U.S. in the future.

“They [the U.S.] want us to negotiate with them on the regional issues but the nuclear deal experience tells us that this is a lethal poison and we cannot trust the Americans’ words in any issue,” Khamenei told a gathering of Iranian citizens Monday.

Various officials within the Islamic Republic have criticized the U.S. for implementing new sanctions against Iran since the JCPOA went into effect in January. They claim the deal prevents the U.S. from implementing any new sanctions against their country, however, the deal only pertains to nuclear related sanctions that existed before the accord was signed. Khamenei threatened to “set fire” to the deal in June should the West violate it, he did not elaborate on what exactly entailed a violation.

It’s a silly claim since the Iranians specifically demanded the deal be de-linked from non-nuclear issues such as human rights and terrorism. In essence, the mullahs have trapped themselves.

Khamenei cautioned against talks with the United States on other regional crises, presumably including the wars in Syria and Yemen and the Islamic State extremist group. The experience of the nuclear deal, he said, “tells us that taking this step would be a deadly poison and that the Americans’ remarks cannot be trusted on any issue.”

His remarks are a verbal backflip from the original promises made by the Iran lobby, especially the National Iranian American Council, that passage of the agreement would help in moderating the various conflicts going on in the region with Iran’s help.

Those claims, like most made in support of the Iranian regime, have proven false.