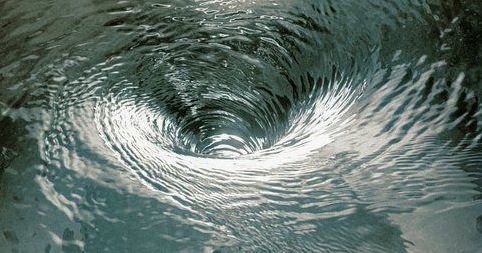 Human Rights in Iran Spiraling Down the Drain

Reza “Robin” Shahini, 46, from San Diego, California, was visiting his ailing mother in Iran when he was snatched up by Iranian Revolutionary Guard Corps officials and thrown into prison. He joined a growing list of dual national citizens arrested, imprisoned and sentenced by the Iranian regime without so much as a reasonable facsimile of a legitimate trial.

“It was a terrifying moment, and they blindfolded me and they took me to the custody and I did not know where I was,” Shahini said, speaking to VICE News via phone from prison. “They were interrogating me every morning, every afternoon, and I was always by myself in my cell.”

During his interrogation, he said he asked to see the evidence against him. “They don’t answer such questions,” he said. “The thing is they are all brainwashed [to think] that the U.S. is a hostile government. Even the judge.”

Shahini joins several other dual nationals from the UK, Canada and fellow Americans in Iranian prisons with each being sentenced ever more harsher prison sentences. In Shahini’s case, he received a penalty of 18 years for “collaborating with a hostile government.”

Since September 2015, Iranian authorities appear to have been targeting citizens who they believe could upset the status quo, such as human rights activists, charity workers, or foreign journalists.

But it is the arresting of Americans, Canadians, Brits and other nationalities that has sent ripples around the world as governments who naively thought the Iranian nuclear agreement would bring about a more moderate regime are now being confronted by a newly aggressive one.

In the case of two British subjects being held by the Iranian regime, their families have allied with international human rights groups to try and put more pressure on the British government to force their loved ones release.

Richard Ratcliffe and Kamran Foroughi handed over a 72,000 signature petition from Amnesty International to Downing Street and the Foreign Office on behalf of Ratcliffe’s wife, Nazanin Zaghari-Ratcliffe, and Foroughi’s father, Kamal Foroughi.

Zaghari-Ratcliffe, a charity worker, was sentenced to five years in prison last month after a conviction on unspecified “national security-related” offences following another sham trial before a revolutionary court in the capital Tehran.

Amnesty International UK’s Individuals At Risk campaign manager, Kathy Voss, said: “There’s been a lot of talk recently about ‘thawing relations’ between the UK and Iran, but these two cases lend the lie to that. It looks very much like Nazanin and Kamal are being treated like pawns by the Iranian authorities and we’d like to see the UK seriously raising its game over securing proper justice for these British nationals. Boris Johnson needs to make sure these two cases are right near the top of his in-tray. We can’t let this drop.”

Voss is correct that all pretense of a new moderate Iran pushed by the Iran lobby have been proven false over and over again. The sheer volume of inhumane acts and criminal steps taken by the regime over the past year leave no doubts.

Even the most persistent supporters of the regime, including the National Iranian American Council, had to concede the obvious and issued a press statement critical of the 10 year prison sentences levied on Iranian-Americans Siamak Namazi and his father.

Meanwhile the regime continues on its brisk pace of executions with three more men hanged in Iran’s southern city of Shiraz. Although the regime ostensibly executes prisoners for crimes such as murder and drug trafficking, it broadly applies the death penalty to include political dissidents and crimes against the regime which serves as a catch-all definition suitable for any offense the mullahs see fit.

But death sentences are not the only way the regime muzzles its critics. Amnesty International reported on the arrest of writer and human rights activist Golrokh Ebrahimi Iraee who had recently written about the regime’s use of stoning as punishment.

Despite the fact that no official summons has been issued, Golrokh Ebrahimi Iraee’s home was raided this morning by officials, who violently broke through her front door before taking her to Evin Prison in Tehran. It appears that she has been taken to the women’s ward to begin serving her six-year sentence.

She has been convicted of charges including “insulting Islamic sanctities,” for writing an unpublished story about the horrific practice of stoning in Iran. Golrokh Ebrahimi Iraee’s husband, Arash Sadeghi, a human rights activist and prisoner of conscience, has since started a hunger strike in protest at her imprisonment.

“Golrokh Ebrahimi Iraee is the latest young writer and activist to be caught up in Iran’s relentless crackdown on artistic expression. Her imprisonment for peacefully voicing her opposition to stoning is a terrible injustice and an outrageous assault on freedom of expression. It is also a shocking and deeply disturbing display of support for the cruel and inhuman punishment of stoning,” said Magdalena Mughrabi, Deputy Director for the Middle East and North Africa at Amnesty International.

“The Iranian authorities must break this cycle of injustice and immediately and unconditionally release Golrokh Ebrahimi Iraee. We also urge them to ensure that her conviction is quashed.”

The unpublished fictional story, for which Golrokh Ebrahimi Iraee has been convicted of “insulting Islamic sanctities,” describes the emotional reaction of a young woman who watches the film The Stoning of Soraya M – which tells the true story of a young woman stoned to death for adultery – and becomes so enraged that she burns a copy of the Qur’an according to Amnesty.

In essence the regime arrested and sentenced her for writing something that wasn’t even published. If the mullahs could figure out a way to detect dissident brainwaves, they would probably start arresting anyone for thinking improperly, but such is the sad state of human rights in Iran today.