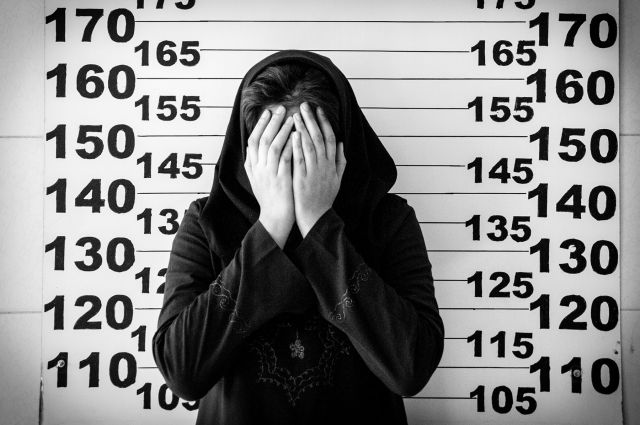 Next week the Iranian regime will conduct parliamentary elections that most news media and analysts have already called rigged because of the customary elimination of over two-thirds of the candidates seeking seats in the lower parliament and the more powerful Assembly of Experts.

The regime’s Guardian Council, with its handpicked members by top mullah Ali Khamenei, exercised their usual due diligence in removing any candidate that even had a hint of moderation or deviation from the Islamic revolutionary principles that guide the regime.

What is left are only those candidates that pledge religious, ideological and political fealty to the mullahs that run the regime and hold sway over virtually all facets of life in Iran.

This winnowing process empowers the mullahs and allows them the freedom and discretion to continue the unabated crackdown on human rights in advance of the elections with no cause for worry or recrimination from the international community, but there are news accounts that leak out depicting the brutality being visited on ordinary Iranians – often smuggled out by members of the dissident community at great personal risk.

One of those moving accounts was published in Quartz online in a photo essay by a photographer who spent four years researching women and girls being held in Iranian prisons, many awaiting death sentences.

“My main goal in this project was to understand how young girls could end up in jail in the first place,” the prizewinning photographer tells Quartz. “I spent time talking to them, they were nice and kind.”

In Iran, the death penalty can be applied to minors, and in 2014, a United Nations report estimated that at least 160 juvenile offenders were on death row in the country.

While according to a Jan. 25 report by Amnesty International, 73 juvenile offenders were executed in Iran between 2005 and 2015.

The compelling photos paint a grim portrait of a regime willing to kill young girls, often for crimes committed by male acquaintances who escape punishment, leaving it to the girls to pay the ultimate price in their stead.

It’s a situation that the Iran lobby has been virtually silent on. A careful perusal of the websites, blogs and social media feeds for regime supporters such as Trita Parsi, Reza Marashi and Tyler Cullis of the National Iranian American Council or Ali Gharib or Lobelog.com reveal hardly a word of criticism or protest over the heinous violations. What they have protested though has been the incarceration of Siamak Namazi, a dual U.S.-Iranian citizen who was detained by regime authorities and not part of the prisoner swap that occurred as part of the nuclear agreement.

It is ironic that Namazi’s case is the one that earns the attention of the Iran lobby because of the close relationship he has with Parsi and his role in helping launch the NIAC and as an outspoken advocate of the nuclear deal with the regime.

Now Namazi is experiencing the same denial of legal representation that was forced on other American hostages such as Christian pastor Saeed Abedini and Washington Post reporter Jason Rezaian. We can only hope now that the shoe is on the other foot, these supporters of the regime would be more vocal in their criticisms, but we doubt it.

These elections though will provide a glimpse though of the lie that is Iranian regime democracy, which was discussed in an editorial in the New York Post who took to task the policy of appeasement exercised by the Obama administration:

“When it runs out of plausible excuses for its appeasement-plus policy on Iran, the Obama administration advances one argument as final line of defense: showing goodwill toward the Islamic Republic would help ‘moderates’ secure a greater share of power in Tehran with the hope of an eventual change of behavior by the ruling mullahs.”

“But who are the ‘moderates’ that Obama hopes to promote Tehran? A trio of mullahs consisting of former President Hashemi Rafsanjani, former Security Minister Dorri Najafabadi and current President Hassan Rouhani forms the core of the faction that Obama hopes would sail to victory next week,” the article writes. “The triumvirate has a history of masquerading as moderates.”

“Rafsanjani and his hand-picked successor Khatami governed for 16 years, but never offered a single political reform let alone implementing any. Their successor Rouhani has had more than two years to show that he follows the same path. During his presidency Iran has become world leader in the number of executions and political prisoners,” he adds.

Rouhani is exercising the playbook that Rafsanjani and Khatami exercised in portraying himself as a moderate when he has no intention of supporting reforms and has openly talked about his admiration for the so-called “Chinese Model” which emphasizes economic development with control of the government firmly in the Communist Party’s hands. Rouhani envisions a similar situation with the lifting of economic sanctions bolstering the flow of money to regime coffers, but no loosening of political restrictions.

The Financial Times took note of the Iranian public’s distinct lack of enthusiasm for upcoming elections against the backdrop of a sputtering economy still stifled by mass corruption and a focus on diverting funds to supporting the proxy wars in Syria, Yemen and Iraq.

“The subdued seasonal shopping just one month before Norouz, the Iranian new year holiday, is adding to widespread gloom about a prolonged economic stagnation that has also dimmed public enthusiasm for the crucial upcoming elections,” the Financial Times writes. “Hassan Rouhani, the country’s centrist president, is now blamed by many for failing to deliver on his election campaign promises to help improve the economy with the nuclear agreement. Although inflation has shrunk — from a peak of about 40 per cent in 2013, when Mr. Rouhani took the reins, to about 13 per cent today, according to central bank figures — economic growth is next to zero and people are unwilling to purchase goods.”

While the election results may be a forgone conclusion, the hope remains that an oppressed Iranian people will someday soon see true regime change.