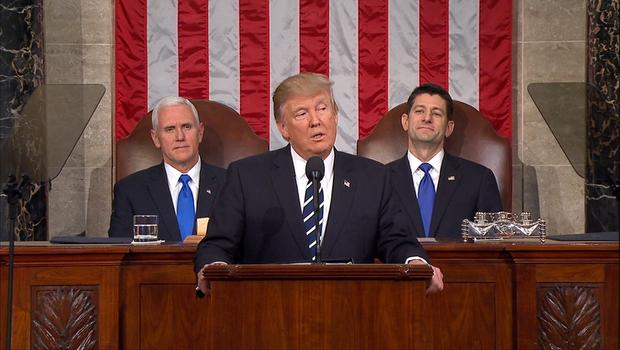 There is no doubt that President Donald Trump is a polarizing figure and has become a lightning rod for criticism for everything ranging from his affinity for tweeting to his policies such as his roll back of regulations and imposition of a temporary moratorium on visas from several countries in the Middle East.

The jury is still out on much of his agenda since he has yet to collaborate with Congress to bring forth specific legislative proposals, but that has not stopped the torrent of criticism being directed at him by the Iran lobby as it works to oppose anything that might be perceived as upsetting the goals and plans of the mullahs in Tehran.

This was true when Iran lobby advocates such as the National Iranian American Council’s Trita Parsi blasted Trump’s decision to impose fresh sanctions on members of the regime’s Revolutionary Guard Corps for its support for ballistic missile launches that violated United Nations sanctions.

It has also been true of the Iran lobby’s efforts to deflect attention away from the Iran regime’s litany of problems at home with increasing mass demonstration and protests to issues abroad as it encounters growing calls for resistance amongst its Sunni neighbors such as Saudi Arabia and the Gulf States; alarmed at the turmoil surrounding them caused by the Iranian regime.

The Iran lobby has been particularly focused on the debate over Trump’s immigration policies leveraging it to its advantage to raise funds and maintain its ties to progressive Democratic groups that it previously aligned with in the efforts to support the Iran nuclear deal.

The reasons for these efforts are simple: In a post-Obama world, the Iran lobby is desperately trying to stay relevant.

Since the electoral sweep that not only saw Trump elected, but also radically changed the complexion of the Congress, the Iran lobby has been on the defensive ever since. It has found little support within the much-vaunted “echo chamber” of support previously cobbled together to help push for negotiations with the regime.

Iranian regime’s ever growing militant actions in launching ballistic missiles, supplying proxy wars in Yemen and Syria and flexing its military muscle in expansive war games have proven to be almost impossible for the Iran lobby to defend.

Predictably, after President Trump’s first address to a joint session of Congress, the NIAC’s Jamal Abdi sent out a statement criticizing the speech, but in his criticism he revealed the bias and hypocrisy of the NIAC and the Iran lobby.

Abdi makes the claim that “no Iranian has ever been implicated in a terrorism-related death inside America,” which is a convenient distinction since it ignores the fact that the Iranian regime has been directly responsible for the deaths of hundreds of Americans in terrorist attacks in Beirut, Lebanon, the Khobar Towers in Saudi Arabia and in IED attacks throughout the Iraqi war.

In each case, Iranian regime controlled, supplied, participated or directed the attacks directly resulting in the deaths of Americans. In fact, several court decisions have held the Iranian regime responsible for these deaths and injuries and confiscated financial assets of the regime as part of court settlements to the victims and their families.

Abdi also fails to mention the violence fueled by the Iranian regime’s efforts to export its brand of extremist Islamic vision that has sparked sectarian violence between Sunnis and Shiites all across the Middle East, including the Syrian civil war, the Houthi coup attempt in Yemen and the expansion of ISIS arising out of the dissolution of the coalition government in Iraq.

All of these debacles were fueled by the Iranian regime and have cost the lives of hundreds of thousands of men, women and children and Abdi and his colleagues have remained stonily silent.

But the hypocrisy of criticizing Trump’s policies while ignoring the much harsher realities of the regime’s policies echoes the same treatment given by regime foreign minister Mohammad Javad Zarif who lauded the protest by Iranian filmmaker Asghar Farhadi who won the Oscar for best foreign film against Trump’s immigration policies, yet at the same time did not acknowledge the regime’s imprisonment and torture of several prominent Iranian filmmakers for engaging in acts against the Islamic state.

The rank hypocrisy of the Iranian regime and Iran lobby was taken to task by prominent journalists such as CNN anchor Jake Tapper and Human Rights Watch.

“Farhadi’s movie deserves the praise it has received – and much more. Iranian cinema has a long-established and well-earned reputation for providing a powerful, nuanced perspective into Iranian society,” said Sarah Leah Whitson, executive director for Human Rights Watch’s Middle East and North Africa Division in an editorial. “Yet while Iranian officials bask in pride on the international stage, their rhetorical support does not translate into respect for filmmakers at home, where they have harassed and jailed movie directors and other artists for work they find displeasing.”

“In the aftermath of the 2009 presidential elections, authorities arrested Jafar Panahi, a prominent director, for allegedly attempting to make a movie about protests that followed the vote. In December 2010, Tehran’s revolutionary court sentenced Panahi to six years in prison and a 20-year ban on all his artistic activities. Following international outcry, the government did not execute Panahi’s sentence but kept the ban in place, forcing him to make movies without an official permit,” Whitson added.

“These filmmakers could serve as powerful messengers for the diversity and talent in Iran today. But until the authorities stop censoring and imprisoning them, they put into question the Iranian government’s expressed commitment to supporting the country’s millennia of “culture & civilization,” she warned.