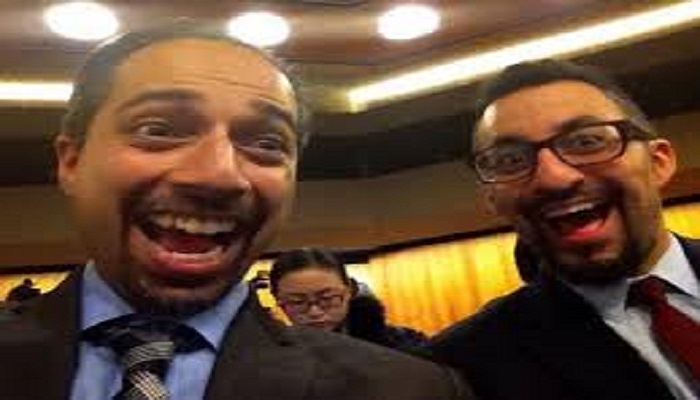 The first thing they teach you in any 12-step recovery program is that you have to admit you have a problem before you can start the road to getting better. The Iran lobby suffers from the basic problem that it cannot admit it has a problem backing a regime that has absolutely no intention of ever abiding by international norms of civility and normality.

Depending on your point of view, Iran regime supporters such as Trita Parsi of the National Iranian American Council or Jim Lobe of Lobelog, or Gareth Porter is either partners with the regime or unwitting dupes who are hopelessly locked into a myopic point of view regardless of the facts disputing their worldview.

If we take the more charitable view and give them the benefit of the doubt about their motivations, then it is a head scratching moment to think of why they virtually ignore human rights violations in Iran in almost all of their public pronouncements, media interviews and social media postings. Why would anyone proclaiming deep interest in the well-being of the Iranian people never say a contrary word about record levels of arrests, imprisonments and executions?

Take for example the NIAC, which any casual perusal of its website would reveal little criticism of the Iran regime on the issue of human rights. In fact, if you type in “human rights” in its search box, you’ll find the bulk of any mention about human rights issues occurs during the run up with nuclear talks, but after the deal is done…nothing.

Even more impressive, for the entire year of 2015 so far, NIAC only issued one statement even mildly criticizing Iran on the issue of Washington Post reporter Jason Rezaian who was arrested and falsely accused by the regime of espionage.

Considering the litany of human rights abuses so far in 2015 in Iran, including over 1,000 public executions, the holding of five Americans illegally, the suppression of mass demonstrations and the support for terrorist acts and proxy wars in three different countries, it’s a wonder the NIAC could even be bothered to issue the single statement it did.

But like the age-old philosophy question posed by professors everyone, “if a tree falls in the forest and no one is around to hear it, does it make a sound?” The same question could be applied to the NIAC and other regime supporters within the Iran lobby. If you never talk about human rights, do you think they don’t exist?

The only substantial mention about human rights from NIAC comes within the context of passing the nuclear agreement with Iran as a pathway towards a more moderate and forgiving Iran.

As we have seen, the true nature of the Iranian regime has been revealed since passage of the agreement with a wide range of bewildering, militant and aggressive acts ranging from the alarming such as the test firing of new ballistic missile design capable of carrying nuclear warheads to defending the meaning of keeping its “Death to America” chants.

In all of these cases, the NIAC and other regime supporters have been silent as a tomb in raising any concern or these aggressive acts by the regime and in the one specific case where Iranian-American businessman Siamak Namazi, a key supporter of the NIAC and the regime, was arrested in Iran and tossed into the infamous Evin Prison, NIAC issued a statement expressing how “deeply troubled” it was by the report, but then spent most of the statement trying mightily to distance itself from Namazi.

You have to pity Namazi. On the one hand he had devoted considerable time and effort working with Trita Parsi and Reza Marashi during their collective time together at the consulting company Atieh on opening up avenues for the regime past sanctions imposed by the rest of the world, but then once he wears out his own welcome with the regime and gets tossed in prison, his old friends claim no knowledge of him.

But the NIAC’s lack of concern over human rights is more likely a function of the fact that any deep discussion of human rights is ultimately embarrassing to the regime and hinders the process of gaining advantages for the mullahs in Tehran. Since the Obama administration was readily agreeable to the idea of un-linking human rights from nuclear talks, the regime has been essentially freed from the pesky restraints of being sanctioned or held accountable for anything it does from now on.

This explains why the Iran regime has closed its deal with Russia to buy advanced S-300 anti-aircraft missile batteries, launched a series of cyberattacks on U.S. and European computer systems,  broadened its offensive in Syria, and attempted smuggling even more weapons to support Houthi rebels in its proxy war in Yemen aimed at Saudi Arabia next door.

The alarming increase and speed in actions by the Iran regime has spawned a broad and equally alarmed reaction from many and warnings are now being raised on the eve of the presidential election in 2016 that restraining and controlling Iranian regime may now rank as serious a foreign policy issue as combatting ISIS for most Americans.

The negative reactions have also come from both sides of the political aisle as evidenced by an editorial by Reps. Gerald E. Connolly (D-VA) and Richard Hanna (R-NY) in Huffington Post advocating their proposal for a new joint commission to monitor and verify Iran’s compliance with the nuclear deal as an additional safeguard to what they call a flaw in the nuclear agreement.

We can only hope it is not an example of too little, too late.