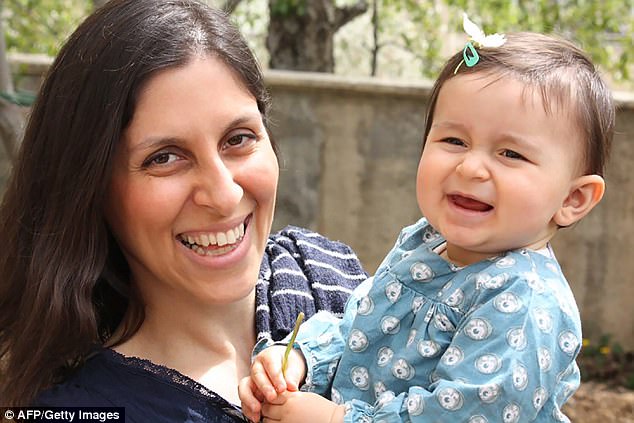 In another display of the cold-blooded nature of the Iranian regime, Iran’s supreme court up held the conviction of a British-Iranian women sentenced to five years in jail on vague charges relating to national security. The decision ends her last legal avenue to ending her harsh imprisonment.

Nazanin Zaghari-Ratcliffe, a project manager with the Thomson Reuters Foundation, the news agency’s charitable arm, had lodged a final appeal in January after the confirmation of her sentence in a lower court. Her husband, Richard Ratcliffe, said on Monday that the supreme court had rejected her appeal.

“I hadn’t had great hopes for the supreme court appeal,” he told the Guardian. “Now, realizing that that’s it, that all options are gone … in the middle of an election cycle, it’s hard to get attention on Nazanin’s case.”

According to the Guardian, Zaghari-Ratcliffe, 38, has spent 387 days behind bars, most of which have been in the notorious Evin prison. The regime’s Revolutionary Guards arrested her in April 2016 while she and her two-year-old daughter, Gabriella, were about to return to the UK after a family visit to Iran. She was tried and found guilty on the unspecified charges relating to national security last September.

Although the exact reasons behind Zaghari-Ratcliffe’s incarceration remain unclear, the Guards have accused her of attempting to orchestrate a “soft overthrow” of the Islamic Republic. An Iranian news agency affiliated to the country’s judiciary also said in April that she was a spy. Richard Ratcliffe has vehemently denied both allegations.

It also reinforces the regime’s dubious practice—articulated by Hassan Rouhani in media interviews—that it does not recognize the dual-national status of any Iranian and as such maintains the rights to arrest anyone.

The use of imprisoned American-Iranians as hostage bargaining chips during nuclear negotiations yielded billions of dollars in cash and sanctions relief and only emboldened the regime to go on another spree of arrests shortly after the deal was reached.

New revelations by Politico also revealed disturbing information about that prisoner swap by the Obama administration with the Iranian regime.

Obama announced the “one-time gesture” of releasing Iranian-born prisoners who “were not charged with terrorism or any violent offenses” last year, his administration presented the move as a modest trade-off for the greater good of the Iran nuclear agreement.

Obama portrayed the seven men he freed as “civilians.” The senior official described them as businessmen convicted of or awaiting trial for mere “sanctions-related offenses, violations of the trade embargo.”

In reality, some were accused by Obama’s own Justice Department of posing threats to national security. Three allegedly were part of an illegal procurement network supplying Iran with U.S.-made microelectronics with applications in surface-to-air and cruise missiles like the kind Tehran test-fired recently. Another was serving an eight-year sentence for conspiring to supply Iran with satellite technology and hardware, according to Politico.

And in a series of unpublicized court filings, the Justice Department dropped charges and international arrest warrants against 14 other men, all of them fugitives. The administration didn’t disclose their names or what they were accused of doing, noting only in an unattributed, 152-word statement about the swap that the U.S. “also removed any Interpol red notices and dismissed any charges against 14 Iranians for whom it was assessed that extradition requests were unlikely to be successful.”

Three of the fugitives allegedly sought to lease Boeing aircraft for an Iranian airline that authorities say had supported Hezbollah, the U.S.-designated terrorist organization. A fourth, Behrouz Dolatzadeh, was charged with conspiring to buy thousands of U.S.-made assault rifles and illegally import them into Iran.

A fifth, Amin Ravan, was charged with smuggling U.S. military antennas to Hong Kong and Singapore for use in Iran. U.S. authorities also believe he was part of a procurement network providing Iran with high-tech components for an especially deadly type of IED used by Shiite militias to kill hundreds of American troops in Iraq.

The most worrisome prisoner was Seyed Abolfazl Shahab Jamili, who had been charged with being part of a conspiracy that from 2005 to 2012 procured thousands of parts with nuclear applications for Iran via China, including hundreds of U.S.-made sensors for the uranium enrichment centrifuges in Iran whose progress had prompted the nuclear deal talks in the first place.

The revelations were devastating to federal prosecutors and cast a dark shadow over the claims constantly made by the Obama administration and the Iran lobby about the nature of concessions granted to the Iranian regime and proved the promises of “moderation” to be illusory.

The damage to long-running investigations into the regime’s illicit efforts to procure technologies to boost its ballistic missile program and military capabilities was severe, but the more important question yet to be answered is how to repair the damage to refocus efforts on pushing democracy forward in Iran.

Dr. Majid Sadeghpour, political director of the Organization of Iranian American Communities (OIACUS), a non-profit organization that works to promote human rights and democratic freedoms in Iran, emphasized that one positive that came from the Obama administration was the saving of Iranian dissidents under constant attack in Iraq by the regime in a piece for The Hill.

“Recently, Senate Armed Service Committee Chairman Sen. John McCain (R-Ariz.) met with Maryam Rajavi, the president-elect of the National Council of Resistance of Iran (NCRI) and addressed members of the People’s Mojahedin Organization of Iran (PMOI/MEK) in a rally in Tirana, Albania,” he said.

“Senator McCain’s visit represents a turning point in the plight of the Iranian dissidents now in Albania, but more importantly, marks a significant milestone in their struggle to bring about democratic change in Iran,” Sadeghpour added.

“Despite years of delays and several deadly attacks by mercenaries loyal to the Iranian regime, the MEK left Camp Liberty in Iraq with help from the previous occupants of the White House — perhaps the only piece of former President Obama’s Iran policy that will prove to have a lasting positive effect. As many as 3,000 lives were saved.”

It’s unfortunate the Obama administration could exercise the same foresight in confronting the Iran regime instead of appeasing it on the nuclear deal.