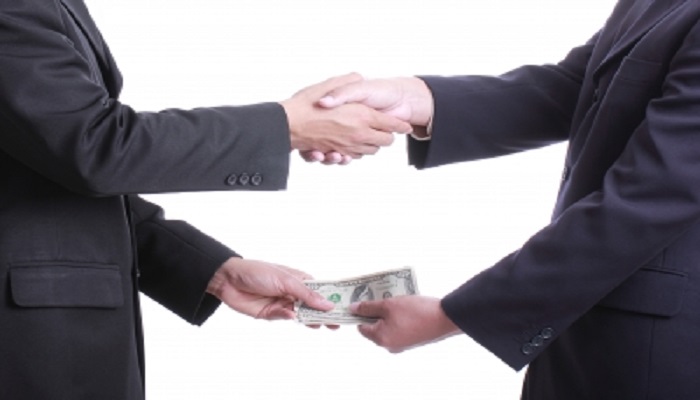 There was an admission made yesterday during ongoing nuclear talks between the Iran regime and the P5+1 and it wasn’t that the negotiators were going to miss yet another deadline. No, the real news that leaked out and escaped the notice of most news organizations came from the National Iranian American Council, the regime’s longtime loyal lobbying group.

The NIAC announced the formation of a 501(c)4 lobbying arm dubbed “NIAC Action” dedicated to openly carrying the mullahs water through the halls of Congress and collect funds on behalf of the mullahs to advance a nuclear agreement giving Tehran’s cash-starved mullahs access to $140 billion in frozen funds and allow it to retain its nuclear infrastructure without intrusive international scrutiny or inspection.

While the NIAC claims it launched its lobbying group to counter what it feels is the strong anti-regime lobby already operating in the U.S., the more practical reality is that the NIAC had been skirting federal lobbying laws and had to make this move in order to avoid further investigation and possible charges for violating federal laws.

News media have previously chronicled the suspicious and often blatant lobbying efforts by members of the NIAC, especially its founder Trita Parsi who recently lost a defamation suit aimed at a journalist who reported on Parsi and the NIAC’s lobbying actions on behalf of the regime.

An appeal by Parsi resulted not only in another loss but also resulted in NIAC being forced to pay $184,000 and condemnation for blatant and systematic abuse of the discovery process and repeated false and misleading declarations to the court.

But Abdi neglected to mention any prohibition on accepting funding from individuals who receive funding directly or indirectly from the Iranian regime or its vast network of shell companies and false fronts built over the past decade to evade economic sanctions and fund worldwide terror groups such as Hezbollah.

The NIAC has been a constant fixture at the sites of nuclear talks, in news media and online through its aggressive social media efforts. It skirted the letter of federal law by claiming status as a 501(c)3 “social welfare” group even though it organized “legislative action days” where it sent teams to Congressional offices and “lobbied” key representatives and Senators on important Iran-related legislation.

Unsurprisingly, key NIAC staff who have long sought to pressure and influence members of Congress have moved over to key slots at the lobbying arm, including Abdi who is now the executive director, Ryan Costello and Tyler Cullis who move over as policy and legal fellows respectively. It will bear watching to see the amount of cross-over and coordination that occurs between these two groups and whether or not federal lobbying laws will be violated.

It is unsurprising that this new lobbying arm for the NIAC is not devoted the stated mission of the NIAC which is to promote “greater understanding between the American and Iranian people,” but instead was specifically created “to protecting a nuclear deal.”

This will also allow the NIAC to even endorse U.S. political candidates, although an endorsement by a group so closely identified as a mouthpiece for a state sponsor of terrorism, currently holding American hostages and engaging in three proxy wars responsible for the murder and displacement of millions of people would hardly be a welcome endorsement by any Republican or Democratic candidate.

At least the truth is unveiled and we now know the full extent of what the Iran lobby is willing to do to secure a deal for the mullahs.