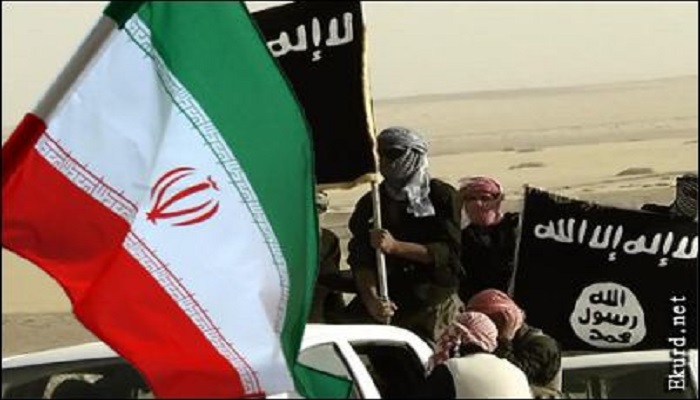 On Wednesday, the House Foreign Affairs Committee’s Subcommittee on Terrorism, Nonproliferation and Trade will hold a hearing on the rising threat of ISIS and the need to define the enemy which has caused such havoc and terror across large swathes of the Middle East and Africa.

There will be two panels, the first with Robert Ford, a senior fellow at the Middle East Institute and former U.S. ambassador to Syria, and Walid Phares, co-secretary general of the Transatlantic Parliamentary Group on Counterterrorism. The second panel will feature Mrs. Maryam Rajavi, president-elect of the National Council of Resistance of Iran, one of the largest Iranian dissident groups in the world.

But in true fashion, the Iran regime PR machine is ramping up to denounce Mrs. Rajavi’s appearance before she utters a single word, beginning with the typical nasty comments on websites controlled by Iranian state media and blogs controlled by contractors and PR flaks.

The most interesting question not being asked is why? Why are Iran regime loyalists having apoplectic convulsions over Mrs. Rajavi’s appearance, but utter nary a word about the other panelists? Could it be they fear what she will say? Could it be they worry the truth will be revealed about the connections between ISIS and Iran?

There are two powerful trends at play in the world concerning ISIS and the spreading influence of the Iran regime.

ISIS was born out of the chaos of the Syrian civil war which began when Iran’s top mullah, Ali Khamenei, decided to intervene and save the regime of Bashar al-Assad who was on the brink of being ousted after using chemical weapons on his own people. The Iranian intervention of arms, cash and fighters, alongside US and other allies in action helped turn the tide and allowed extremist groups within the Syrian opposition to rise as Iranian Quds Force fighters concentrated on the moderate, Syrian rebels.

At the same time, Iran’s intervention in the government of Iraqi Prime Minister Nouri al-Maliki led to a schism ruling coalition when Sunnis were effectively tossed out at the urging of Khamenei’s government. The split provided ISIS with much needed manpower as it spread into Iraq drove deep into the south, but this provided Iran with the perfect excuse to step up its backing of Shiite militias it controlled and move military units into Iraq on the pretext of fighting ISIS, but in reality gaining control over Iraq’s military and security apparatus.

Meanwhile, Iran’s mullahs stepped up their spread of their own peculiar brand of extremist Islam which had long validated the use of terror tactics and brutality to advance its own agenda. Hezbollah offered today’s terror groups such as ISIS and Boko Haram with the template by which they added their own technological flair with social media.

All of this is what Mrs. Rajavi is uniquely positioned to discuss as a moderate voice in the Muslim world that also has information available to her because of the NCRI’s presence on the ground in Iran through dissidents who work for regime change at great personal risk.

It is precisely because she can shed light on the relationship between Iran’s religious extremism and the fueling of the ISIS threat that Mrs. Rajavi has been called upon to testify before Congress and why the Iran lobby is working hard in attempt to belittle these truths before they are ever uttered.

As Daniel Greenfield wrote in FrontPage Magazine: “When Western governments embrace the ‘lesser evil’ doctrine, they ally with terrorists who are not fundamentally any different than the terrorists they are fighting. When ISIS broke through into the media, multiple stories emphasized that it was more extreme than Al Qaeda (despite having once identified as Al Qaeda.) But is a terrorist group that flies planes full of civilians into buildings full of civilians more moderate than a sister group that chops off heads on television? Is ISIS’s sex slavery more extreme than Iranian mullah’s practice of raping girls sentenced to death so that they don’t die as virgins?”

“The distinction between one evil and another is insignificant compared to their overall evil. The search for the lesser evil is really a search for ways to exonerate evil,” Greenfield adds.

And so if the need for Mrs. Rajavi’s testimony as a reminder that while ISIS atrocities garner the higher shock value, the real underlying truth is that the group’s ideology is powered by the same hate-machine working overtime in Tehran.