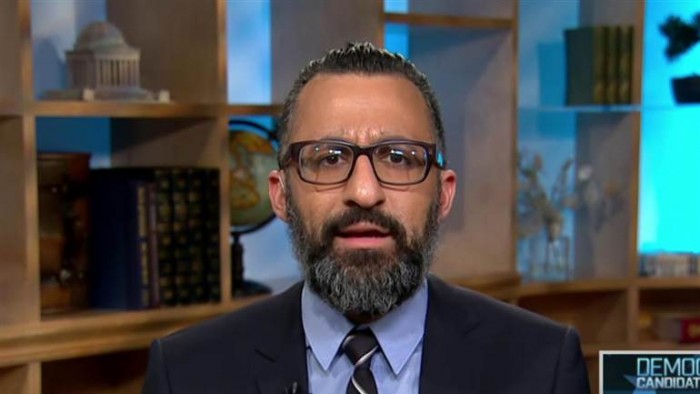 The Iran lobby’s leading cheerleaders seem to have a problem with selective memory recall as evidenced by the latest editorial by Reza Marashi from the National Iranian American Council in the National Interest in which he praised Hassan Rouhani’s European tour and boasted of the Iranian regime’s plans for its newfound wealth as a result of the nuclear deal.

“Iran is pursuing this agenda in an effort to increase government legitimacy and security among Iranian society through improved economic conditions,” Marashi says in of the more inane comments he makes.

“Alliances and enmities shift regularly in Iranian politics, but survival of the system is the shared goal of all stakeholders. Thus far, Rouhani’s political coalition has won Iran’s internal political debate by arguing that survival is better guaranteed through flexibility than intransigence,” he adds in typical think tank-speak.

What Marashi is missing from his less than eloquent dissertation is the reality that is going on within Iran now which is the swift action by the Guardian Council to remove from parliamentary election ballots upwards of 90 percent of all candidates perceived to be moderate or opposed to the current mullah leadership. Even the grandson of the regime’s founder, Ruhollah Khomeini, was tossed off the ballot for being too moderate!

Marashi’s piece is titled “Can Iran Get Out of Its Own Way?” That much he got right, since it is clear the mullahs in Tehran have absolutely no desire to halt their steady stream of militant and aggressive actions in solidifying their hold on power, continue their crackdown on human rights and internal dissent and utilize its newfound wealth to rebuild its infrastructure and enrich themselves at the same time.

The upcoming parliamentary elections are now set to deliver a hand-picked slate of loyalists beholden to the mullahs and Ali Khamenei and Rouhani – far from being the moderate struggling to preserve the future of democracy in Iran – has ably served in his capacity as the puppet face for Khamenei.

It’s also worth noting that Marashi’s claim of the regime realigning to provide an economic boon to ordinary Iranians is also a farce since the deals being signed are lined up to funnel billions back into the coffers of the Revolutionary Guard which controls the heavy industries such as petroleum, aviation and manufacturing.

Marashi also doesn’t address the unseen corruption so deeply rooted in the regime economy that any foreign investor is likely to face barriers. He also does not dare mention the sophisticated cyberwall cutting Iran off from the rest of the world and the high degree of surveillance conducted by the regime’s intelligence agencies that monitor virtually all traffic in and out of the country and often leads them to dissidents and other activists.

Despite the deals and the desire of European governments to begin trading with Iran, financing remains a big issue as major European banks remain reluctant to handle Iranian payments, deterred by previous huge fines from the US treasury. Nuclear-related sanctions have been lifted but other US measures relating to terrorism and human rights are still in place, according to The Guardian.

In typical regime fashion indicative of the corruption within it, far from being a political fight between “hard line” and “moderate” factions, the fight within the regime can be viewed as a fight over the spoils of getting the nuclear deal since the vast majorities of Iranian industries are controlled in whole or part through shell companies belonging to the Revolutionary Guard, which in turn has provided a steady source of illicit income to regime officials for the past two decades.

Even as Khamenei has still called for a “resistance economy,” his intent and those of the mullahs is not to resist any American threat, but instead keep the Iranian people under the boot of oppression and not allow the full benefits of a reopened economy to flow to them.

Evidence of this schism was shown as the regime cancelled plans for a conference set for London where new contracts for foreign oil companies to drill in Iran. Regime officials ostensibly claimed the cancellation was due to British visa requirements, but in fact political turmoil domestically was to blame as various regime groups jockeyed for their share of the corrupt spoils.

Some oil officials are worried the contracts won’t be attractive enough to offset the majors’ reluctance to invest globally due to low oil prices. Others fear mounting criticism by hard-liners who say the deals would give too much away of the country’s natural wealth, according to the Wall Street Journal.

The new deals have been criticized by the Basij, the paramilitary oppressive forces, formed to uphold the principles of the mullah’s rule. On Saturday, members of Basij’s student wing were arrested after protesting against the contracts, the semiofficial Tasnim news agency reported.

Political crackdowns in Iran are so commonplace and for so many trivial acts, that some Iranians who have been repeatedly arrested have developed handbook to help those who might face arrest in the regime.

One of the student activists jailed three times and tortured, believes there are steps activists in Iran can take to better protect themselves, both inside and outside prison walls. He belongs to a group of over a dozen activists who used their hard-earned personal experiences to create a 19-chapter booklet in Farsi and English titled “Safe Activism: Reducing the Risks and Impact of Arrest,” according to the Guardian.

Designed to teach activists and journalists how to avoid careless behaviors that could endanger them and those around them, the booklet, now online, also offers guidelines on what to do in case of arrest and how to mitigate the consequences of incarceration,” the Guardian added.

Basic safety measures are highlighted in the first chapters of the ‘Safe Activism’ booklet. Readers are reminded to take precautions before meeting with other activists and not communicate important information over the phone. They are advised to keep sensitive documents as well as identification papers and travel documents at a safe place outside their residence, and to clear their homes of illegal items like drugs, alcohol and banned media.

The fact that ordinary Iranians would need a handbook like these speaks volumes about conditions in Iran and is damning proof that Marashi’s optimistic views are really flights of fantasy.

It would be more of a service if the NIAC published the handbook on its website so future Iranian-Americans visiting Iran are not imprisoned like so many others have been.