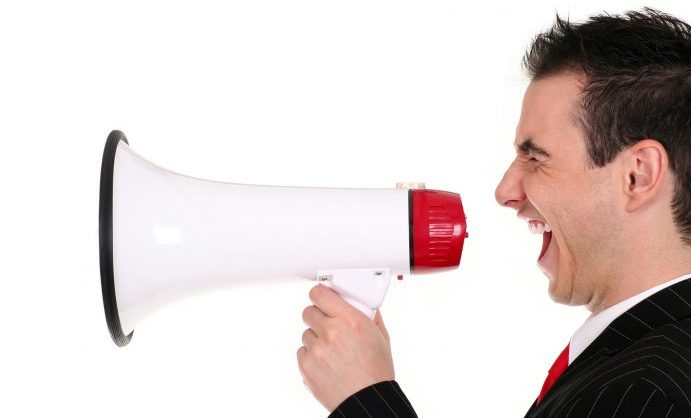 With the Trump White House announcing a series of new sanctions aimed at officials of the Revolutionary Guard Corps for the Iranian regime’s ballistic missile program, as well as contemplating broad new sanctions stemming from a possible designation of the IRGC as a terrorist organization, the Iran lobby and supporters of the regime have launched an all-out PR effort to prop up the faltering regime.

In a campaign similar to the infamous “echo chamber” of academics and advocates furiously penning editorials and giving interviews to sympathetic media outlets, the Iran lobby is trying anything to deflect attention on the regime’s militancy and instead claim anything aimed at punishing the regime is somehow racist or a prelude to armed conflict.

But the effort to come to the aid of the mullahs in Tehran isn’t just limited to the usual assorted Iran sympathizers as European Union foreign policy chief Federica Mogherini met with U.S. Secretary of State Rex Tillerson and spoke “at length” about the Iran nuclear deal according to Reuters.

Mogherini helped negotiate the 2015 nuclear deal with Iran, along with diplomats from Iran, the United States and other major world powers. The deal curbed Iran’s nuclear program in return for sanctions relief said Reuters.

Trump has said the deal is terrible, and Flynn put Iran “on notice” last week for test-firing a ballistic missile, raising the prospect of spiking tensions between Iran and the United States.

Since the deal, Mogherini has visited Tehran while the regime commenced a series of ghastly executions of men and women; none of which were protested by the EU.

Even Russia Today weighed in as well by publishing an opinion piece by John Wright, an outspoken supporter of the Iran nuclear deal, who took the Trump administration to task for focusing on Iran instead of the world’s “number one terrorist state” in his mind—Saudi Arabia.

“The Trump administration’s consistent and ongoing demonization of Iran flies in the face of reality in which Iran has stood, alongside Syria, Russia, the Kurds, and the Iranian-backed Lebanese resistance movement Hezbollah, as a pillar against the very same Salafi-jihadist terrorism that poses a threat to the American people,” Wright said in a splendid example of mimicking the very same messages consistently uttered by the National Iranian American Council and other Iran lobby members.

Wright went on to hammer Saudi Arabia, while essentially excusing the vile acts of ISIS and downplaying anything the Iranian regime has done by comparison. His logic or lack thereof defies commonsense and represent the intellectual vacuum that characterizes much of the Iran lobby’s arguments.

In a more flimsy example of casting doubt on efforts to designate the IRGC a terrorist organization, the Chicago Tribune offered up a story with the dubious headline of “Warnings for White House on terror designation for Iran Revolutionary Guard” and goes on to hint at warnings from defense officials, but neglects to mention anyone specifically, nor offer a single quote against the planned designation.

It does however rehash the discredited story of the terror designation of Iranian dissident groups in a message point repeatedly endlessly by the Iran lobby as part of the smear campaign against opposition groups.

Another Iran lobby message point was trolled out by William O. Beeman, an anthropology professor and not a national security expert, who nevertheless offered up the same silly arguments that folks like Trita Parsi and Reza Marashi of NIAC put forth, in an editorial.

“The tiny issue on which the US objection rests is whether the Iranian missiles are capable of carrying a nuclear warhead. Iran says: no! The United States (and Israel) say ‘maybe,’ because they can’t know for sure whether this is the case. In the latest missile test, the missile blew up, so no one can say one way or the other,” he writes.

Beeman should stick to teaching about dead civilizations.

The issue of ballistic missiles is not a “tiny” one. Iran’s development of longer-range missiles based on illicitly acquired North Korean designs has produced missiles with over a 2,000-km range, giving it intercontinental reach. Tie this with the development of solid fuel boosters and you now approach the threshold weight necessary for a nuclear weapon. But put that aside, it is more than enough thrust and range for a chemical or biological weapon to be aimed at Eastern Europe, North Africa and India and China.

The Economist went even further claiming that Trump’s punitive actions against the Iranian regime were actually helping it.

Most incredulous of all was the opening line from the piece which claimed “the ritual chants of ‘Death to America’ had grown fainter in recent years. The feverish crowds had thinned. Some demonstrators seemed to wave Uncle Sam banners less to jeer America than to cheer it. Yet thanks to Donald Trump this year’s annual rally to commemorate Islamic Revolution Day on February 10th in Tehran looks set to be one of Iran’s biggest.”

The Economist fails to mention that the regime can ramp up attendance any time it needs to with help from the Basij paramilitaries to round up supporters under threat of beatings and the chants aimed at America have not stopped and will never stop under the mullahs.

It also makes the same mistake all media make who do not understand the dynamics of the mullahs’ hold over Iran by continuing to make a distinction between “hardliners” and “moderates” in Iran’s government.

Let’s set the record straight: There are no moderates in Iran’s government. Moderation within the regime is akin to making distinctions between the SS and Brown shirts in Hitler’s Reich. It’s only variations on the theme of extremism. One could say that compared to ISIS, Al-Qaeda looks like a Boy Scout troop.

The argument that Trump only emboldens the “hardliners” is a self-fulfilling prophecy since the hardliners have been and always will be in control of Iran.