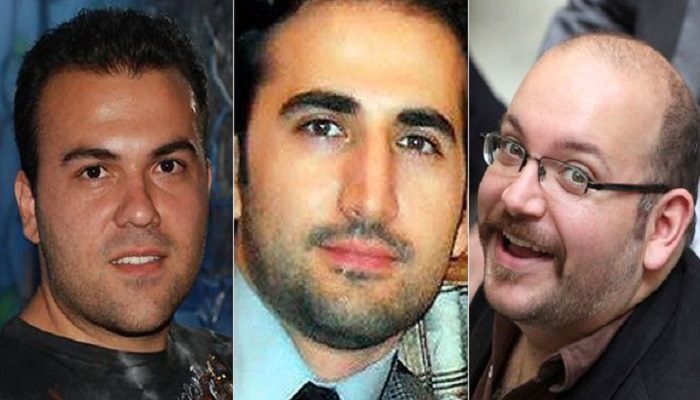 One can only assume that its daily verbal assaults against anyone opposing a nuclear deal with the Iran regime is part of that educational process for promoting civic life in America. A casual tallying of public statements, press releases, news quotes and surveys released by NIAC would leave most observers wondering why American civic life happens to be tied so intimately to the foreign policy of the Islamic state.

But the NIAC claims an extended mission to help promote universal human rights in Iran saying on its website:

“NIAC works to ensure that human rights are upheld in Iran and that civil rights are protected in the US. NIAC believes that the principles of universal rights – dignity, due process and freedom from violence – are the cornerstones of a civil society.”

A rational person could then deduce that NIAC would be a vocal and outspoken proponent for the human rights of Iranian Americans who are being abused or mistreated in some fashion. In fact, if you scroll through NIAC’s Issues blog, you cannot find any denunciations, condemnations or calls for better treatment of people within Iran.

Indeed, if NIAC’s mission is to advocate on behalf of Iranian Americans, I can easily come up with three who desperately need its help. Languishing in Iranian prisons are:

In response to the Rezaian closed session trial moving forward, NIAC’s president, Trita Parsi, was quoted in the New York Times saying “If there is a conviction in the Rezaian case and no leniency, it can create a crisis in the nuclear talks, yet another complication.”

It’s a wonder Parsi always seems to find a way to tie everything back to nuclear talks. You think he has a genetic sequence which compels him to burp the word “nuclear” whenever he is asked a question about Iran.

Wouldn’t it be refreshing if Parsi actually lived up to his own organization’s mission statement and said something like: “We think it is horrible that Iranian regime is holding these Iranian Americans in prison without proper due process or transparency. We urge Iran’s authorities to respect international law and all these Americans to come home to their families without any further delay.”

Now was that so hard?

But then again, the Iran regime does seems to share a playbook with other dictatorial regimes which use hostages as political bargaining chips. We can only assume Iran’s mullahs have seen the prisoner swaps and are holding on to these American hostages hoping to leverage them as part of the nuclear talks; talks that Parsi and NIAC seem pathologically tied to as well.

But the plight of these Iranian Americans should be blatant evidence of the true nature of the mission of the NIAC, which is not to help them, but help Iran gain a nuclear deal with the immediate lifting of all economic sanctions as a reward.