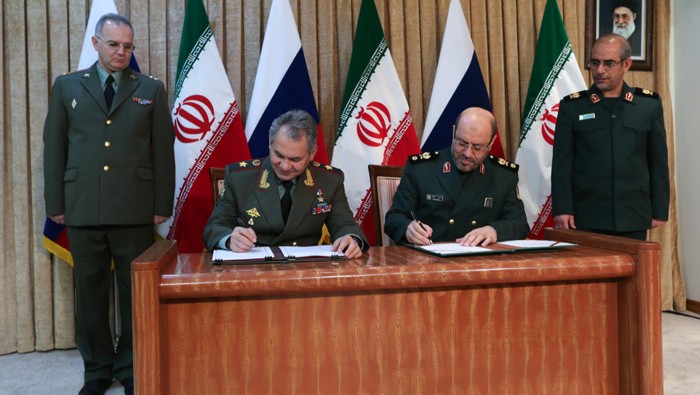 While the Iran lobby argued strenuously that a nuclear deal with the Iranian regime would facilitate a moderation in its outlook, it also suggested that the financial windfall coming from the release of sanctions would help bolster the Iranian economy, benefitting the Iranian people and helping turn the Islamic state into an economic engine in the region.

Regime advocates such as the National Iranian American Council (NIAC) and The Ploughshares Fund were outspoken in their conviction that ultimately the Iranian people – hurt after years of international sanctions – would be the ones lifted up by the rising tide of new capital flooding into the country.

Predictably those claims have turned out to be just another in the truckloads of false promises made by the Iran lobby. The reality has been harsh and unforgiving.

In the months following completion of the deal, the regime has turned all of its attention to just two issues: the crackdown on dissidents at home in advance of parliamentary elections and upgrading as quickly as possible its military forces.

This was evidenced on Hassan Rouhani’s recent European tour in which he signed a flurry of business deals with foreign companies aimed at rebuilding the country’s infrastructure and funnel billions of dollars toward companies controlled by the Islamic Revolutionary Guards Corps (IRGC).

It is no surprise that the IRGC is the first institution in Iran to benefit from the largess. Rouhani’s government made the decision to keep the bulk of the $100 billion in their overseas accounts in order to pay for foreign military purchases in euros or dollars and they have wasted no time buying.

The first deal to be completed was the sale of S-300 anti-aircraft missile batteries that are a significant upgrade to the regime’s defenses and could be used to protect any nuclear facilities the regime chose to restart.

In addition, the regime announced another round of purchases of Russian arms totaling $8 billion. According to news reports, Iran wants to purchase more sophisticated anti-aircraft missile systems and also a new cadre of warplanes. The new deals will be in addition to several outstanding arms and military contracts that have already been signed between Iran and Russia.

Iran will “seriously focus on its air force and fighter jets,” according to comments by regime defense minister Hossein Dehghan while in Moscow to sign the defense agreements. “We are moving toward a contract. We told them that we need to be involved in the production [of the fighter planes] as well.”

A Russian source who spoke to the media said Iran is also interested in the latest anti-aircraft technology.

“Iran would like to buy Russia’s latest S-400 Triumph anti-aircraft missile system, developed by Almaz-Antey. And they make no secret of it,” the source was quoted as telling the Russian press. “On the eve of his visit to Moscow, Dehghan openly said to Iranian media they want to purchase the S-400s.”

Iran also is seeking to buy and possibly license for domestic production Russia’s new Sukhoi Su-30SM fighter jet, which is used for air-to-air and air-to-surface combat.

“Iran is also interested in Russia’s Bastion mobile coastal defense missile system, equipped with supersonic Yakhont anti-ship missiles, along with Mi-8/17 helicopters and other arms,” according to the regime-controlled media.

The military purchases represent one of the largest investments in state-of-the-art military hardware anywhere in the Middle East. The addition of supersonic fighter jets, anti-ship missiles and even more sophisticated anti-aircraft systems poses a grave threat to international shipping lanes through the Strait of Hormuz.

News reports also indicated the regime would seek to diversify its military suppliers by seeking arms purchases from China as it dips heavily into its newfound wealth. The rapid buying binge indicates the mullahs’ strong desire to rearm Iran into the region’s most powerful military.

To give the expenditures perspective, the entire publicly reported budget for the Iranian regime’s military was $10.2 billion, supporting over half a million active duty regime personnel. The Russian agreement nearly equaled the entire budget last year and more buying is on the way.

The inevitable question that needs to be asked of the Iran lobby is where is the money to help the Iranian people? Little of the money has been brought back to Iran and even less has been disbursed to help ordinary Iranians with healthcare, education, or even food. Why does the Iran lobby ignore all these actions? Probably the same reason it is ignoring the carnage in Syria being wrought by the Iranian regime as well.

In fact, the civil war in Syria is at the heart of the Iranian regime military buildup and an example of why the regime cannot be trusted.

As the Independent newspaper detailed the obvious contradiction in supporting a nuclear deal that only served to supply the regime with fresh resources to wage an even bloodier war in support of keeping Syrian dictator Bashar al-Assad in power.

Kyle Orton cites the brutal battle over the Syrian city of Aleppo as the case in point, writing:

“The Geneva III peace process is the most immediate cause for this latest offensive against Aleppo, led on the ground by Iran’s Islamic Revolutionary Guard Corps (IRGC) and its proxies, as well as Russian airstrikes. The regime and Russia have used it as a cover to gain ground. The US took the process seriously so sought to de-escalate, taking steps to weaken its own side. This included restricting the rebels’ access to anti-tank missiles”.

“Russia, on the other hand, enabled the IRGC-run forces that control the Bashar al-Assad regime’s security sector to cut the rebels’ final Aleppo supply line into Turkey and move to impose a starvation-siege on the city like the ones they have imposed on forty-nine other areas in Syria. The regime coalition can then either bring the city to its knees and complete the reconquest, or quarantine the rebels in the city, freeing up resources to deploy against rebels on other fronts,” he added.

The Iranian regime’s intentions in Syria are simple: 1) Keep Assad in power; and 2) Do it anyway it can.

“Assad, Iran, and Russia have worked tirelessly to eliminate the moderate opposition so that there will be nobody for the international community to interface with, and Assad’s reign will have to be accepted—and perhaps even supported to reconquer the Isis-held areas in the east,” Orton said.

The brutal evidence of that ruthless strategy can be seen in the deliberate targeting of civilians and the use of barrel bombs and now starvation as a tactic to weaken the opposition.

The mullahs are well acquainted with using death, destruction and executions as a tactic for winning its conflicts. The diplomacy the Iran lobby publicizes with great fanfare cannot be found on the battlefields of Syria, Yemen or Iraq where the Iranian regime’s policies are killing tens of thousands.