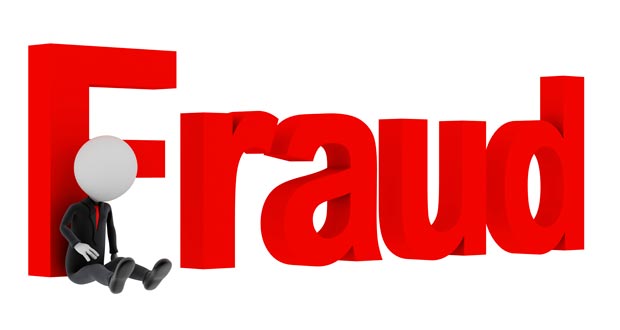 On February 26, Iran will hold its parliamentary elections and similar to almost every election held since the Islamic revolution in 1979, the results will be largely a forgone conclusion since the mullahs control who goes on the ballot in the first place and in the case of the top spot – currently occupied by Ali Khamenei – that is a position that doesn’t even get voted on by the public in a process that old-line Soviets would find reminiscent of the Politburo.

Michael J. Totten, writing in World Affairs, took to task some idiotic observations made by Max Fisher in Vox magazine in which Fisher waxes rapturously about how the Iranian election could be historic. It the same kind of nonsense first advocated by the Iran lobby, most notably bloggers Jim Lobe and Ali Gharib, the National Iranian American Council and other regime advocates such as Paul Pillar.

The notion that the nuclear deal has set the stage for a historic election in which moderates and dissidents will finally get a fair shake and opportunity to put their stamp on the Islamic state moving into the 21st century is about as realistic as Boko Haram suddenly deciding to endorse women’s rights.

The truth of the matter, as Totten rightly points out, “let’s leave aside the blatant vote-stealing in Iran’s 2009 presidential election, when Mahmoud Ahmadinejad was declared the winner in districts that opposed him as overwhelmingly as San Francisco opposes Dick Cheney. Nevermind that disgraceful episode.”

“Elections in Iran are rigged even when they aren’t rigged,” Totten said. “Supreme Leader Ali Khamenei hand-picks everybody who runs for president. Moderates are rejected routinely. Only the less-moderate of the moderates—the ones who won’t give Khamenei excessive heartburn if they win—are allowed to run at all. Liberal and leftist candidates are rejected categorically.”

In the case of the position of president of the regime, a position held by Hassan Rouhani, Totten points out that “he’s not quite a figurehead. He can tinker with a few things around the edges. But the country is run by the unelected Supreme Leader, the Guardian Council, and the Revolutionary Guard Corps, which is officially designated as a terrorist organization.”

NIAC hacks such as Trita Parsi and Reza Marashi have argued that “moderates” will be empowered in a resurgent Iran and that will be reflected in more moderates being elected to the upper legislative body, the Assembly of Experts which nominally selects the new Supreme Leader when Khamenei dies.

Nothing could be further from the truth. The Guardian Council dumped thousands of potential candidates, the overwhelming majority of them more moderate than the ruling mullahs in a similar political exorcism it conducted during Rouhani’s election when it cleared the field for him to run virtually unopposed.

Let’s also consider that a “moderate” in regime politics is like calling someone a moderate who opposes hanging a political dissident, but doesn’t mind locking up a political dissident; in much the same way as Rouhani was hailed as a moderate, but since his ascension he has presided over more executions in his first term than even Ahmadinejad carried out.

In another sign that the elections are going turn out in favor of Khamenei and his cronies no matter what the actual vote is, Khamenei’s office issued a press release through regime-controlled media warning of “enemy” efforts to undermine the elections.

The statement read in part: “Their plot for the February 26 elections is to undermine the Guardian Council and question its decisions,” Ayatollah Khamenei said, “describing the Council as one of the fundamental institutions of the Islamic Establishment, which the US has been strongly opposed to since the victory of the Islamic Revolution.”

“When the Guardian Council’s decisions are called into question, the elections would be perceived to be illegal, and, consequently, the elected parliament as well as the laws it ratifies would be deemed illegal, the Leader explained.”

The regime learned its lessons from the 2009 election debacles that resulted in violent street demonstrations that had to be put down with bloody consequences and is doing all it can to pre-ordain the results and impose order such that there would be no repeat of civil disobedience.

All of which has not gone unnoticed by an American public who’s opinion of the regime’s leadership has astonishingly remained virtually unchanged since the 1980s according to a new Gallup Poll released this week.

A stunningly low 14 percent of Americans have a favorable viewpoint of the regime in a benchmark for futility that has not budged in spite of all the public relations and social media posturing conducted by the Iran lobby. It’s nice to see that no matter how many tweets Trita Parsi puts out, Americans remain skeptical and wary of a regime that has put to the hangman’s noose over 2,300 people under Rouhani.