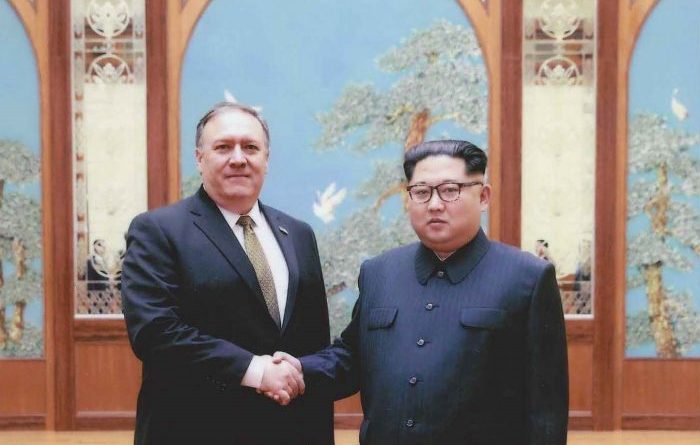 For the past several weeks, the Iran lobby has mounted a massive effort to try and dissuade the Senate from confirming former CIA chief Mike Pompeo as the next secretary of state, as well as opposing the installation of former UN ambassador John Bolton as the new national security advisor.

This included the usual suspects such as National Iranian American Council staffers such as Trita Parsi and Reza Marashi, as well as NIAC Action head Jamal Abdi busy issuing press statements and drafting editorials and giving interviews to anyone who would bother listening to them.

Gone though are the heady days during the Obama administration when the Iran lobby was part of the vaunted “echo chamber” pushing for passage of the Iran nuclear deal and gaining appearances on mainstream programs such as CNN.

This latest effort to alter the trajectory of President Trump’s latest cabinet additions to his foreign policy team died a quiet death amidst a dearth of any appreciable news coverage of the Iran lobby’s messaging.

Long gone are the days when Parsi could command prime editorial space in major newspapers. Instead, the complaints and whining of the NIAC are relegated to progressive blogs and academic journals.

Their complaints were centered on the same old, refrain warning of the Trump administration’s misguided actions in getting tougher with the Iranian regime leading almost certainly to a path towards war.

It’s the same nonsense NIAC tried pedaling in warning about the president’s tough talk against North Korea and now we see the positive steps coming from that tough talk as the presidents of North and South Korea met in a historic meeting this week in South Korea; marking the first time a North Korean leader set foot across the Demilitarized Zone.

North Korean leader Kim Jong Un offered to discuss denuclearization for the first time without preconditions; an admission both startling in its suddenness and shocking in its existence.

Even President Trump’s most ardent critics have reluctantly given him credit for the breakthrough and for setting the stage for the first-ever summit between a sitting U.S. president and a North Korean leader.

It is ironic too considering that North Korea provided Iran with its initial designs for its ballistic missile program, as well as assistance in jump starting its nuclear weapons program.

If North Korea and the U.S. can find an accommodation to abandon nuclear weapons as well as curtail ballistic missile development, then the claims made by NIAC and the rest of the Iran lobby that the Iran nuclear deal would be the best vehicle to achieve those goals will be proven false.

Pompeo’s confirmation by the Senate by a comfortable 57-42 margin also demonstrated how feeble the Iran lobby is now and how it lacks much influence anymore on domestic American politics.

Seven Democratic senators joined with Republicans in approving Pompeo in a strong sign of bipartisan support. It is no coincidence that his approval came after his secret diplomatic mission to North Korea in meeting Kim to discuss the summit with the president in the kind of diplomatic derring-do NIAC has claimed the administration was incapable of conducting.

Far from serving the interests of Iranian-Americans anymore, NIAC has been reduced to either serving as a cheap adjunct to the extreme “progressives” wing in order to keep money flowing or parrot whatever comes out of the mouths of the foreign ministry in Tehran.

Worse yet, NIAC seems to get more press from regime-controlled publications than any in the U.S. Even Parsi’s tweets have taken on an edge of near-panic.

“WAKE UP AMERICA! Trump’s about to start a war with #Iran and he’s openly telegraphing it. He’ll kill the #IranDeal (the deal that restricted Iran’s program) and then threatens war if Iran restarts the program – which it’ll only do if Trump kills the deal.” — Trita Parsi (@tparsi) April 24, 2018

One has to wonder why Parsi and the rest of NIAC are fixated on fighting battles to oppose the president at every turn, they remain strangely silent on more recent moves by the mullahs in Tehran to oppress its people and further try to destabilize the region.

The regime for example took the first steps to the popular Telegram instant messaging app used by over half of the Iranian population by banning the ability of Iranians to swap videos and pictures on it.

The act was taken by the regime to try and halt the near constant flow of videos and pictures being sent around and outside of Iran of protests and acts of oppression by the regime including arrests and beatings by regime police.

Also, the U.S. has stepped up surveillance to monitor the movement of suspected Iranian anti-air and ballistic missiles inside Syria as concern mounted the Iranian regime was moving its military forces into position for possible strikes against U.S.-backed coalition forces or even Israel.

Amidst these new actions, Iranian foreign minister Javad Zarif arrived in New York for a weeklong visit and was met by large protests from Iranian dissident and human rights groups.

Several dozen supporters of the Organization of Iranian American Communities (OIAC) joined a demonstration Monday across the street from New York’s Council on Foreign Relations (CFR) as it hosted a discussion with Zarif on the 2015 Iran nuclear deal and U.S.-Iran relations.

Shirin Nariman, the organizer of Monday’s protest, told VOA Persian that her group objected to Zarif’s invitation to speak at CFR. “The people of Iran have spoken [through anti-government street protests] in the last few months and showed that they don’t want this regime at all — not even a part of it,” Nariman said.

We can only hope that the ever-shrinking influence of the Iran lobby and NIAC continues to eventually disappear.