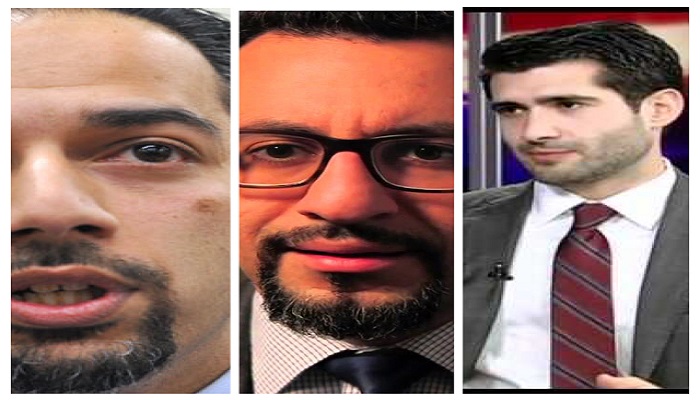 The Iran lobby, especially the National Iranian American Council, is in full-speed-ahead mode as it churns out editorials and press releases quicker than Donald Trump quips, with virtually all of them rehashing the same themes designed to mislead and misdirect Americans from the damning facts surrounding the Iran regime and the proposed nuclear agreement.

One example is an editorial authored by Reza Marashi, NIAC’s research director who apparently doesn’t do much research, but instead parrots what runs on Iranian state media it seems, which ran on Quartz, a blog dedicated to supporting the regime.

In it, Marashi claims President Obama’s “all in” push on the nuclear deal proves his commitment to choose peace over war, but in fact what it does represent is the administration’s desire to leave with a foreign policy win at all costs on the president’s resume.

The world will likely be paying the butcher’s bill for P5+1 decision to appease the mullahs in Tehran with generous terms in the decade to come since at the end of the deal’s time limit (and yes there is a finite time limit) mullahs will be free to scale up industrial-scale production of uranium without any consequences.

Marashi goes on to pedal another fallacy and that is Iranian-Americans wholeheartedly endorse the deal. He offers up as proof polling done on behalf of the Public Affairs Alliance of Iranian Americans, another front supporting the mullahs. The poll conducted by Zogby Research Services is flawed – as are other polls purported to show support for the Iran deal – because it asks questions related to the desires of Iranian Americans for peace, not on their beliefs on whether or not the Iran regime can be trusted to comply with any deal.

The one question PAAIA did ask (but probably wish it hadn’t) was what were the top issues affecting U.S.-Iran relations and a majority 55% said the promotion of human rights and democracy with a minority of 40% citing the nuclear deal.

Polling done for CNN, NBC, Wall Street Journal and others all show when the question of supporting a nuclear deal is tied to the idea of “trusting” the Iran regime, support plummets below the Mendoza Line and that is the misdirection employed by the NIAC and other regime supporters. This whole thing works only if they never discuss trusting the mullahs.

But Marashi goes one step further, he actually tries to portray Hassan Rouhani as a staunch moderate, even pointing out his tenure as secretary for the Supreme National Security Council as evidence of the support he enjoys from top mullah Ali Khamenei.

The claim is deliciously insipid because Marashi neglects to mention during his 16 year tenure, Rouhani oversaw some of the most brutal crackdowns on political dissent in Iran, as well as being the chief negotiator with the International Atomic Energy Agency when the first disclosures came of Iranian cheating in developing its nuclear infrastructure. Rouhani, far from being a moderate role-model, was in fact the model Iranian hardliner in carrying out the regime’s initiatives without public dissent or comment.

But the ridiculous claims keep on rolling as NIAC Action, the new lobbying arm of the NIAC, issued a press release in which it claimed growing momentum for the deal citing several Democratic Senators who had publicly endorsed the deal. It notes that 18 Democratic Senators are still undecided, placing approval in jeopardy, but what Jamal Abdi, NIAC Action’s executive director, fails to mention is the key item holding uncertain Democrats back, which is the doubts they have in placing their political futures in the hands of the mullahs.

That fact poses the most significant obstacle since undecided lawmakers have to basically choose to throw their lot in with the mullahs and “trust” that the mullahs will not end up killing their political careers by cheating on the agreement or engaging in more sectarian wars in the years to come.

The biggest leap in logic by the Iran lobby came courtesy of Trita Parsi, NIAC’s cheerleader-in-chief, who posted a piece on Huffington Post reiterating the same theme that Abdi and Marashi made of overwhelming momentum for the deal, but Parsi goes further by trotting out the concept that human rights activists support the deal.

He cites several Iranians who have been or are currently imprisoned by the regime voicing their support for the deal. The entire exercise by Parsi has a distinct Orwellian tinge to it as the regime picks prisoners for Parsi to quote in the same way the old Soviet Union would trot out prisoners from its gulags for appearance to Western media to talk about how their confinement is filled with gardening and cooking classes.

It is incredibly noteworthy that Parsi does not mention any of the Iranian Americans currently held in Iranian prisons, including Jason Rezaian, Saeed Abedini and Amir Hekmati. We can be assured that none of them would be endorsing the deal, nor their treatment at the hands of the mullahs.