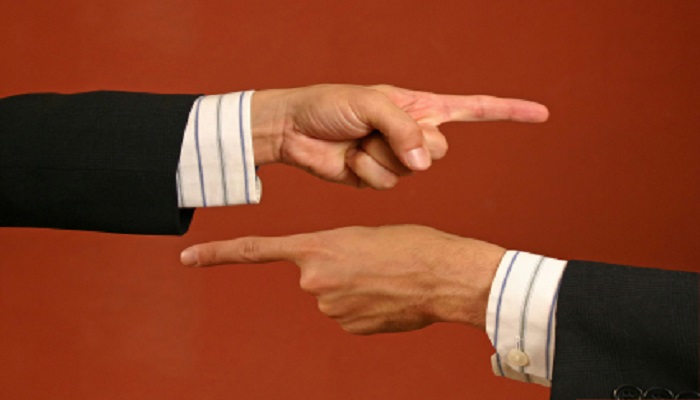 July 9 has come and gone and yet another deadline has blown by in excruciating nuclear talks between the Iran regime and the P5+1 group of nations; totaling now six missed deadlines in the past two years.

But with talks collapsing again, a fresh round of finger pointing continues to break out as U.S. and Iranian negotiating teams took to competing news leaks to start the blame game as to which side was at fault for the impasse.

Regime foreign minister Javad Zarif took to Twitter to float the accusation that it was the other side that had changed demands in the middle of negotiations. It is an absurd claim since it has been the mullahs in Tehran who have dropped several verbal bombs that have blown up talks including an extraordinary demand to lift United Nations embargoes on the arms trade.

Given the fact that the regime is hip deep in supplying three major wars now in Syria, Iraq and Yemen, the prospect of the regime being flooded with new arms it could redirect to its forces in these conflicts has effectively killed talks.  With this last minute demand, Iran’s mullahs may have overreached as evidenced by the sudden stiffening in the U.S. position and the threat by Secretary of State John Kerry to walk away from talks.

Both Russia and China have supported a lifting of the embargo since they stand to be the biggest sellers of weapons to the regime. The behind the scenes rift amongst the P5+1 members may very well have been a calculated move by the mullahs in order to sow discord right at the deadline and apply maximum leverage in order to extract the best deal possible.

Some news media and analysts have speculated that significant concessions granted to the regime over the past two years may have emboldened the regime into thinking it was winning and encouraged the mullahs to overreach with their latest demands, only to see the golden opportunity to gain sanctions relief be dealt a setback with the missing of this week’s deadlines.

More broadly though, these sudden demands by Iran and finger pointing have laid bare the absurdity of the regime lobbying forces that have been deployed to help manage the media during talks. Chief among them have been the National Iranian American Council which has sent two of its staffers, Trita Parsi and Reza Marashi, to camp out in Vienna and offer soundbites to any journalist willing to listen.

Parsi especially has been active on his Twitter trying to shore up the regime position and jumped into the blame game as well once word came down from the Iranian delegation that the Americans had finally seemed to wise up to the regime’s games.

“Iranian view is that US withdrew today a proposal it had put forward yesterday, WANTING to pass the Corker deadline #IranTalksVienna,” Parsi said in a tweet.

Parsi has tried to put lipstick on a pig in tweeting out pithy little attacks on the U.S. as talks broke down, as well as supporting Russian foreign minister Lavrov’s tweets as he took exception to the stiffening in U.S. resolve.

All of which amounted to squat for Parsi and his lobbying partners as world financial markets took notice of the regime blunder and global oil prices stabilized as belief spread that the window for a nuclear had closed.

At the end of this week, the mullahs seriously miscalculated about demanding immediate sanctions relief so they could gain access to the estimated $140 billion in frozen assets as well as resume trade in arms and missiles to restock inventories drained dry through its proxy wars.

The demands came at such bad times so close to deadlines as to raise the specter of desperation on the part of Iran’s leadership. The past several months have seen mass protests and disruptions throughout Iran as ordinary citizens, teachers and young people have demanded improved economic conditions and relief from oppressing human rights restrictions.

The mullahs may have been feeling the pinch and made these demands not out of some strategic negotiating position, but simply out of desperation to save themselves, in which case the West would be well-served to walk away from these talks and call the regime’s bluff and find out just how bad off the mullahs really are.

At the end of the day, do we really need a nuclear deal if the only option is a bad one?