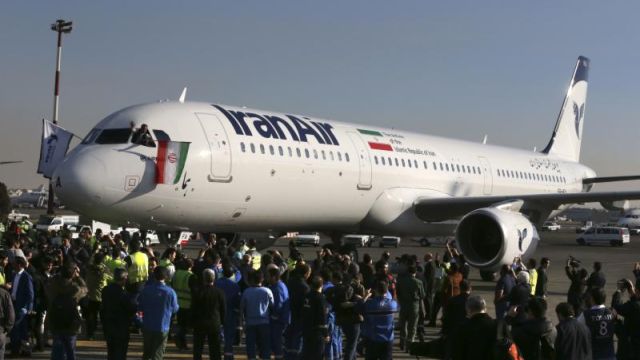 With only a few days left until Donald Trump is sworn in as the next president of the United States, the Iran lobby and their Iranian regime leaders are in an absolute tizzy about the nuclear agreement and its future.

For the Iran lobby, especially the National Iranian American Council and the Ploughshares Fund, the nuclear deal with Iran represented a high water mark for their perceived effectiveness, but like a evaporating lake in a desert, their success was illusory since it was largely built on the decision by the Obama administration to try a policy of appeasing the Iranian regime.

With the ascension of the Trump administration with such noted critics of the Iranian deal in many of cabinet nominees now undergoing confirmation hearings, the Iran lobby is faced with rollback of all of their gains in one fell swoop.

Iran lobby supporters such as Trita Parsi have tried all sorts of tactics in an effort to save the deal in a shotgun approach of messages. First they openly criticized Trump during the presidential election, joining the tactics of his opponents with personal attacks.

When that failed and he won election, Parsi and his cohorts shifted to the threat of war if the Iran nuclear deal was scrapped by Trump. When that fell on deaf ears and gained almost no traction with the media and Trump announced his cabinet picks, the attacks shifted to the nominees.

Now that line of attack has essentially failed, the Iran lobby is now trying to float the idea that the Trump is actually in support of the nuclear deal and not likely to scrap it because the consequences would be so devastating.

And now their worst fears are finally starting to come to fruition: the U.S. is finally beginning to realize that instead of appeasing the mullahs in Tehran, it is now time to hold them accountable for their actions.

The Iranian lobby fears that deeds and not words are likely to be the new currency of diplomacy in 2017.

But it isn’t just a Trump administration that is causing the Iran lobby to freak-out, it is the changeover in Congress and the potential for a whole raft of actions aimed at the mullahs ranging from the re-imposition of economic sanctions on the federal level to state-by-state sanctions means the Iran lobby is poised to be overwhelmed.

Congress has already begun offering up a series of bills taking aim at various aspects of the Iranian regime’s conduct including the near unanimous passage of the Iran Sanctions Act. Now comes a bill offered up last week to initiate an investigation into Iran Air and other regime airlines by the new Director of National Intelligence into whether or not they provide support to the Revolutionary Guard Corps or other terrorist groups.

The timing of this legislation is important to the Iranian regime as it takes delivery of new commercial airliners from Airbus and soon Boeing to replace aging aircraft in its fleet. Iran Air took delivery last week of the first of 100 jets it ordered from Airbus with Boeing scheduled to deliver in 2018.

Should the investigation of Iranian airlines lead to the discovery of a link between them and support for terrorist activities, the suspect airline could end up back on the U.S. sanctions list and be prevented from receiving any new aircraft or U.S.-made parts according to CNN News.

There has always been deep suspicion that the Iranian regime uses commercial airliners to ferry troops, ammunition and cash to hotspots such as Syria and Iraq. Should that link prove true, the Iran lobby could find itself fighting for the economic survival of the regime again.

Mahan Air, Iran’s second biggest carrier, is still on the sanctions list for aiding Iran’s military and is barred from buying Western planes and parts.

Iran Air was removed from the U.S. sanctions list in January 2016 as part of an agreement to convince Iran to restrain its nuclear program. It opened the path for multi-billion dollar sales by Boeing and Airbus. That prompted an outcry from some lawmakers who said the Obama administration offered no proof that Iran Air had stopped its support of the Iranian military or designated terrorist organizations.

The news for the Iran lobby got worse with the release of a letter from 23 former U.S. officials urging the Trump administration to open up a dialogue with Iranian dissident groups, specifically the National Council of Resistance, which counts as one of its members the People’s Mujahedin Organization of Iran; a dissident group the mullahs in Iran have made it their mission to pursue and destroy.

Trump transition officials did not immediately respond to a request for comment. An NCRI spokesman, Ali Safavi, said the group had no “role whatsoever” in the letter, but forwarded a statement from an NCRI official, Soona Samsami, welcoming the letter as an “appropriate and timely initiative.”

In spite of these changing political fortunes, the Iranian regime seems intent on maintaining the same militant attitude to the rest of the world as news came out of Iran of the mass execution of 20 prisoners over the past two days.

The human rights activist NGO also blames Iran for continuing to execute juvenile offenders, those aged under 18 at the time of the crime, in violation of the international law.

For the mullahs, some things don’t change.