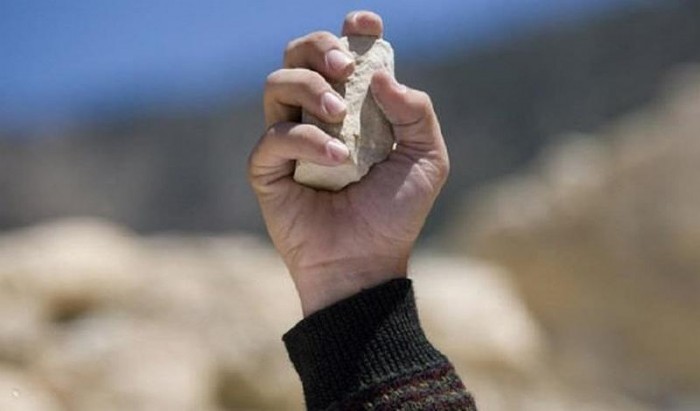 Iran Lobby Priorities Do Not Include Human Rights Reforms

If there has been one consistent aspect to the Iran lobby’s efforts to humanize and moderate the perception of the mullahs in Tehran, it has been the complete lack of criticism over the perennially awful human rights violations committed by the Iranian regime, especially under the first term of Hassan Rouhani’s “moderate” government.

The Iran lobby’s marching orders since the creation of advocacy groups such as the National Iranian American Council, has been to blunt the forceful voices of long-time critics of the Iranian regime such as the National Council of Resistance of Iran (NCRI) and key members of Congress and the media and spin a counter-narrative of an Iran yearning to be moderate if only given the chance with a nuclear deal that freed it from crippling sanctions.

It’s a playbook that borrows heavily from how North Korea was able to develop nuclear weapons and advanced missile systems even after agreeing to restrict both under international agreements that it consistently violated. The mullahs calculated that the rest of the world, especially an incoming President Barack Obama, had little stomach for direct confrontation with the regime and took a gamble that it could muzzle dissent enough to reshape its image.

The NIAC, led by Trita Parsi and Reza Marashi, took on the challenge of spinning this new vision after the “election” of Hassan Rouhani and new warm and fuzzy kind of mullah who tweets and posts Instagram shots of him watching the World Cup sans clerical robes and turban.

While the Iranian regime was able to secure a nuclear deal and a lifting of sanctions, the “win” may prove illusory as the situation in the Middle East continues to deteriorate with a worsening situation in Syria, a full-blown proxy war is building with Saudi Arabia and an American presidential election that offers the remaining candidates with public policy positions that take a much harder line against Iran than the Obama administration.

To that end, the Iran lobby has begun to focus on two central goals in its PR push of late. One is to attack vocal opponents of the regime among the presidential candidates, especially candidates such as Donald Trump, Sen. Ted Cruz and Ben Carson, as well as take jabs at Hillary Clinton’s recent statements warning Iran to refrain from continued aggression against its neighbors.

Long-time regime supporter, Ali Gharib, has been especially prolific in hurling invective against the Trump campaign, his latest salvos coming on noted Iran lobby blog, Lobelog.com, as well as a sarcastic diatribe against Carson in The Guardian.

In both cases, Gharib does what he does best, use snark and sarcasm to deflect from any serious discussion of the shortcomings of the Iranian regime, specifically the horrific abuses meted out against journalists, women, ethnic minorities, dissidents and Christians. Gharib cannot be bothered with these facts since he’s having too much fun mocking candidates.

But his attacks and those of Parsi and Marashi hide the genuine concern and fear Iran lobby supporters have which is a new incoming president would not be beholden to the agreements made by the Obama administration and would be have a free hand to chart their own foreign policy which addresses the key problem in the Middle East today, which is that Iran is at the heart of three proxy wars and supporter of three terrorist organizations and a dictatorial regime that has caused the largest refugee crisis since World War II.

Parsi, Gharib and other Iran lobbyists refuse to discuss the impending mass execution of 100 prisoners, nor the inexcusable mass killings of every adult male from a village in southern Iran.

The Norway-based Iran Human Rights group revealed on Friday that sources inside and outside Ghezel Hessar prison, including a prosecutor attached to Iran’s Islamic Revolutionary Court, confirmed that the inmates were told that the country’s Supreme Court had upheld their sentences, and that they should prepare to be put to death.

The prospect of this mass execution for drug crimes comes just months after the United Nations Office on Drugs and Crime (UNODC) inked a new $20 million deal with Iran to assist in its counter-narcotic efforts. Advocates against the excesses of the drug war have pilloried the UN for its dealings with Iran, which kills hundreds of people every year, including foreign nationals, over drug-related charges. Iran Human Rights estimates that more than 1,800 people were executed for drug crimes in Iran between 2010 and 2014, most without due process or access to proper legal representation.

The sheer barbarism of the Iranian regime is appalling and yet, the Iran lobby never speaks of these issues. Its silence is damning.

The lobby also never mentions alarming new incidents of militant acts by the Iranian regime every day. Just this weekend, they included:

Of course, the Iran lobby has chosen not to defend any of these actions, nor make mention of the continued aggressive moves by the regime, which makes it all too clear what their real motives are: protecting the new “moderate” image of the mullahs.