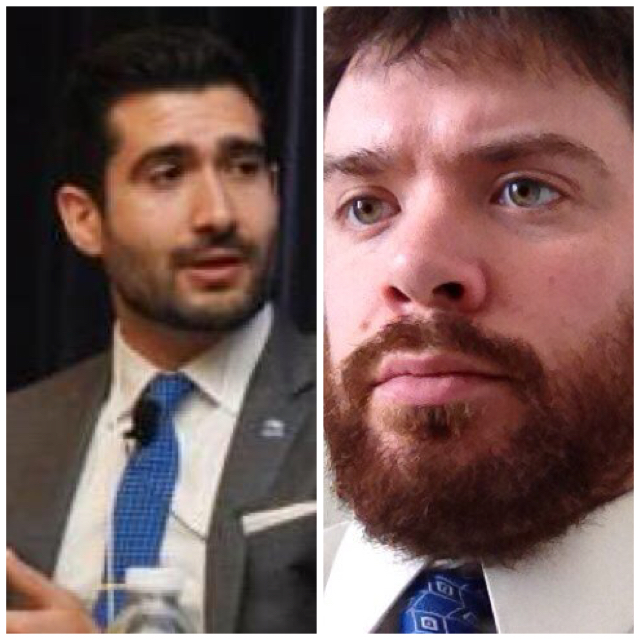 That bastion of apologists for the Iranian regime’s abuses and extremists activity – the National Iranian American Council – has pushed vigorously the fiction that the recent parliamentary elections in Iran delivered a resounding win for the forces of moderation; all evidence to the contrary.

It’s a recognition by the NIAC and their fellow travelers that the rhetoric in the American presidential campaign has heated up against the recent actions of the mullahs with all the Republican candidates and now Democratic front runner Hillary Clinton all calling for new sanctions to be imposed in the wake of ballistic missile tests violating United Nations Security Council resolutions banning them.

For the NIAC, it’s a particularly thorny problem since the clock is now running on the end of the Obama presidency and what has been a policy of appeasement of the mullahs in Tehran. Coupled with that is growing public opinion that Iran has not shifted towards moderation in the wake of the nuclear deal, but in fact has grown more aggressive and hostile especially in human rights abuses and proxy wars with its neighbors.

The world has been subjected to the largest refugee crisis since World War II resulting from the Syrian civil war and has seen the Iranian regime go all in by begging Russia to intervene and target rebels to the regime of Bashar al-Assad and not ISIS as widely touted.

The Iranian elections were also a charade given the mass elimination of over half of the candidates submitted for approval. Even the most supportive news media have grudgingly admitted that the human rights situation in Iran and throughout the Middle East has grown more desperate.

Ahmad Shaheed, the UN special rapporteur for human rights in Iran, has issued yet another blistering report of human rights conditions within Iran following similar condemnations by Amnesty International and Iranian dissident and watchdog groups such as the National Council of Resistance of Iran (NCRI), all of whom have painted a bleak picture of the mass arrests, torture, imprisonment and execution of journalists, artists, bloggers, students, ethnic and religious minorities and political opponents and dissidents.

The picture of how bad things are in Iran has become so obvious it’s taken on the near-certainty of gospel. Ask any person on the street if things have improved in Iran, the answer will most likely be “No.”

And yet the NIAC and its allies cannot give up the fight and still try to push the fiction that things are better, even as their own allies such as Iranian-American businessman Siamak Namazi was arrested and tossed into prison without explanation by the same regime he was promoting in the ultimate irony.

But Jamal Abdi and Ryan Costello of the NIAC continued to push the party line with the publishing of a “policy memo” on the NIAC website cheerfully citing all the good news coming out of the Iranian elections such as:

Unfortunately, none of that is true.

The dismissal of over 6,000 candidates left open the way for a field of candidates bulging with loyal supporters of the regime. If the Iranian people are only left with choices between bad and worse candidates, it stands to reason they would select the lesser of two evils.

What Abdi and Costello leave out is the simple fact that real power within the regime didn’t change at all. Supreme Leader Ali Khamenei still remains in charge, as does the Revolutionary Guards Corp (IRGC) which has been busy shooting missiles as fast as it can. The courts and police remain firmly in control and have been busy executing 2,300 people under Rouhani, as well as rounding up virtually any dissenter and locking them away.

Of course Abdi and Costello neglect to mention any of the extremist policies undertaken by Rouhani such as the level of executions than have surged higher than at any time in the history of the mullahs’ reign since 1989. Nor do they take up the lack of any progress on halting child executions, misogynist laws passed under Rouhani’s term or the continued use of Basiji paramilitaries to beat and arrest women for honor code violations such as driving alone or not wearing traditional hijabs.

Most galling of all are Abdi and Costello’s lack of any comment on the bloodshed caused by Rouhani’s policies in supporting three active wars in Syria, Iraq and Yemen and the complete lack of any momentum to halt the killing taking place at the hand of Iranian-backed Hezbollah fighters, Iranian-backed Shiite militia and Iranian-backed Houthi rebels.

Alireza Jafarzadeh, deputy director of the Washington office of the National Council of Resistance of Iran (NCRI), said in an editorial on Fox News:

“Rouhani has not been the only loyal servant of the theocracy throughout his career. The same can be said of all the well-known candidates from the supposedly moderate and reformist faction in the recent elections. They include men like former Chief Prosecutor of the Revolutionary Court Ali Razini and former Prosecutor General and Intelligence Minister Ghorbanali Dorri Najafabadi, both of whom oversaw the executions of political prisoners, the extrajudicial assassinations of dissidents and undesirables, and issued orders for shockingly inhumane punishments like stoning.

“Meanwhile, standing side-by-side with current president Hassan Rouhani is former president Ali Akbar Hashemi Rafsanjani, who has somehow come to be regarded as a leading reformist. This is a man for whom Interpol issued an arrest warrant due to his involvement in the 1994 bombing of the Jewish community center in Buenos Aires, which killed 85 people and wounded 300.”

The reality is that things have not changed in Iran and in fact are only getting worse.