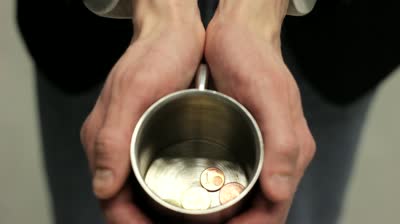 Iran Lobby Reduced to Picking at Crumbs with Trump Inauguration

Isaac Newton’s Third Law of Physics is that “for every action, there is an equal and opposite reaction.” For the Iran lobby, after enjoying rare support for a policy of appeasing the Iranian regime under the Obama administration culminating in the nuclear deal reached last year, the pendulum has swung full circle with the swearing in of Donald Trump as the president of the United States.

Just as the Iran lobby worked to support the “echo chamber” of fabrications, fake news and misleading analysis used to help push the nuclear agreement, it now is left picking up the few crumbs thrown about in the hopes of salvaging anything it had gained.

A perusal of the website for the National Iranian American Council, one of the mainstays of the Iran lobby, revealed just how feeble life has become in the wake of Trump’s ascension with the posting of news articles designed to give to the impression that the Trump administration was backing away from tearing up the nuclear deal or confronting the Iranian regime:

The headlines are a far cry from last year in which the NIAC was busy trumpeting the good news of the mullahs set to receive billions of dollars as economic sanctions were being lifted.

Now Trita Parsi and his colleagues are left hoping for the best and trying to read the tea leaves of confirmation hearings knowing that Trump and his cabinet have already established the biggest single departure from the Obama administration which is Iran must be held accountable for its behavior and no longer given a free hall pass for its many abuses.

This is the essential difference between Trump and Obama in that Trump sees everything through the lens of a business deal and negotiation, whereas Obama saw it through the political lens of historical achievement and publicity.

For Trump, the Iran nuclear deal is not really a question of tearing it up or not, but rather asking the most basic question that Obama did not ask which is “what do we want Iran to do or not do in exchange for this agreement?”

Obama too easily caved in to Iranian demands to separate key issues such as human rights and support for terrorism and the mullahs knew the pressure of time and politics were pushing Obama. Trump does not seem to have any of those concerns as he starts his presidency. Therefore one possible scenario is that if Trump and Putin can agree on settling Syria by pushing Iran out of the equation, overnight the prospects for the mullahs’ political future becomes as dim as a burned out light bulb.

This realignment in the Middle East would eliminate the Iranian regime’s leverage of playing one superpower off against the other and leave it increasingly isolated.

Sir David Amess, a member of the British House of Commons, wrote in Forbes that to resolve the situation in Syria, Iranian influence has to be removed.

“The siege of Aleppo should prove to the international community how destructive the role of Assad’s Tehran backers are. For all the crimes of the Syrian army, it seemed poised to let rebels and civilians evacuate the city in the immediate aftermath of the conquest. The Russian defense ministry offered guarantees that a humanitarian pathway would remain open, and hundreds of evacuees went on to pass through a Russian checkpoint on their way out,” Amess said.

“However on a Wednesday in mid-December, at least 1,000 of those same people were stopped along the evacuation route, at a checkpoint controlled by Iranian Revolutionary Guards (IRGC) and their militant proxies. This move came after the Iranians single-handedly altered the ceasefire that had been agreed upon the day before. Within a day of that move, the ceasefire appeared to have been violated, with ambulance drivers and rescue workers coming under sniper fire. The Iranian opposition, the People’s Mojahedin Organization of Iran (PMOI/MEK) even identified the command base of the IRGC for Aleppo operations,” he added.

Amess is correct when he says the international community must compel Iran through political and financial pressure to step away from the conflict in order to negotiate a lasting ceasefire agreement. If Trump and Putin can achieve common group, a clear pathway would then exist to structure a lasting solution in Syria that does not involve Iran.

That scenario terrifies the mullahs in Tehran and rightly so.