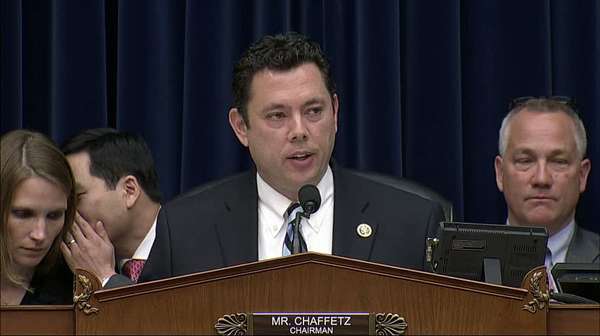 The Iran lobby is in full damage control mode as it seeks to defuse the time bomb left by the New York Times Magazine article on national security staffer Ben Rhodes who detailed how the campaign to push through the Iran nuclear deal was built on essentially lies to the American public and Congress in concert with Iranian regime supporters.

The fallout from the damaging disclosures has the Iran lobby scrambling to develop a credible retort for accusations now being leveled at the nuclear deal and its lead advocate, the National Iranian American Council, has been in the forefront of throwing anything against the proverbial wall hoping something sticks or at least distracts.

The latest effort at damage control was offered by Ryan Costello from NIAC who offered up an editorial decrying the latest revelations as nothing more than partisan bickering in a contentious election year.

“Republican lawmakers focused much of their arguments on the claim that the White House only won the bruising battle over the deal because of spin from Rhodes, suggesting, for instance, that Rhodes and other White House officials had actually invented the notion that there are factional divides between moderates and hardliners in Iran. (Former George W. Bush official Michael) Doran cited NIAC as one of the administration’s allies in this effort,” Costello writes.

It’s a woeful response and short on one incredibly important fact: any denunciation that the Times piece was in error in any way.

It’s remarkable that in Costello piece he never once called what Rhodes did as wrong, nor did he say anything said by Rhodes in the article was incorrect or in error. The lack of any defense of the actual facts in the article contrasts sharply with Costello’s defense which is basically to say this is a rhetorical pie fight between Democrats and Republicans.

The article also skips over the inconvenient truth of that debate which includes the mobilization of the NIAC and other Iran lobby supporters mentioned in the article such as the hearty cooperation of so-called journalists such as Laura Rozen who served as a RSS feed for Rhodes and his team.

What is revealing in the article appearing at Huffington post about Rhodes participation in selling the deal where he “played an important role as well, answering sophisticated questions from skeptical House members in the White House situation room — detailed questions about types of centrifuges, duration of each part of the agreement, facilities at Parchin and Arak, ‘snap-back’ provisions for reinstating sanctions of Iran cheated, and every aspect of the inspection regime.”

This includes Rhodes infamous interviews in which he promised the agreement contained provisions for “anytime, anywhere” inspections of all facilities, which turned out to be untrue and which Secretary of State John Kerry had to walk back the next day.

We now know the agreement does not allow for inspections of military facilities, seals off the Parchin facility from international inspectors, only stores centrifuges instead of destroying them and permits Iranian regime to develop ballistic missile systems to deliver nuclear warheads.

This episode frames the basic problem with the Iran nuclear deal and the promises made by the Iran lobby about the regime’s future behavior: None of it turned out to be true. The facts on the ground have irrevocably refuted everything the Iran lobby promised.

The embarrassing truth of Rhodes statements in the Times article have made him radioactive for any public appearances as he declined to appear before House Oversight and Government Reform Committee; a refusal the White House characterized as being part of its “executive privilege,” but in reality is a face-saving move to prevent a scene where Rhodes is confronted with the truth of his false claims about the nuclear deal.

Rhodes himself echoed the message of the NIAC when, responding to a question Tuesday at an event hosted by the Center for a New American Security, he described the backlash to his comments as “part of what happens in Washington;” caulking it up to partisan politics.

Now that we have had one year to assess the effects of the nuclear deal, we see plainly that is a complete failure, not only for the Middle East and the world, but for the Iranian people too.

Another article in The American Enterprise Institute blog, correctly pointed out that “if there’s any silver lining to the Joint Comprehensive Plan of Action (JCPOA), the Iran nuclear deal, it is that it raised the Iranian people’s expectations that financial benefits would trickle down to them.”

“This was never going to happen, however, because the Islamic Revolutionary Guard Corps (IRGC) dominates the Iranian economy and monopolizes the sectors which benefit most from both assets unfrozen and new investment. Simply put, little if any of the $50 billion or more which the JCPOA enables Iran to collect will ever reach the Iranian people,” The article writes.

The mullahs in Tehran have sought to blame the U.S. and existing sanctions on Iran stemming from human rights violations and sponsorship of terrorism – separate from the nuclear deal agreement – as being the reason why the Iranian economy continues to be at a standstill in spite of the flurry of much-publicized deals Hassan Rouhani proclaimed in the wake of the deal.

The truth is that the mullahs’ inept leadership and devout support of three ongoing proxy wars in Syria, Yemen and Iraq make any turnaround for the Iranian people impossible. This also explains why Rouhani has kept cash reserves abroad to be used as collateral to buy Russian weapons and not brought back home to stimulate the domestic consumer economy.

A fact that Costello and the rest of the Iran lobby have not mentioned in their diatribes.