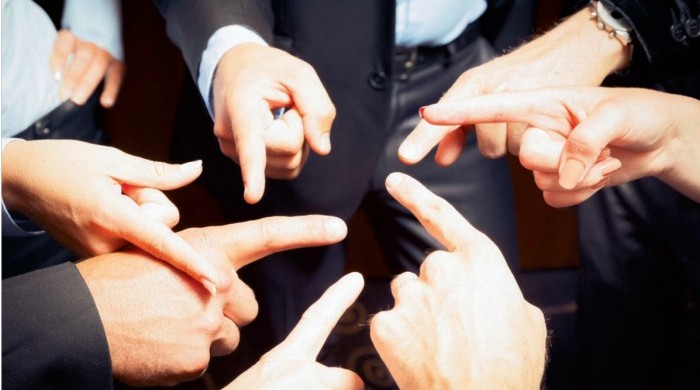 The Iran lobby is at it once again. The various supporters, apologists and columnists that make up the spider web of support for the mullahs in Tehran is now spinning away a tale blaming the U.S. for the current failure of the nuclear deal only reached last year.

The twisted logic being espoused by faithful regime supporters such as Paul R. Pillar and Tyler Cullis is that the U.S. is not fulfilling its end of the bargain by allowing the Iranian regime unfettered access to U.S. currency markets and promising not to go after any foreign entity that moves forward to do business with Iran for violations of sanctions and restrictions on U.S. currency.

The reek of the arguments being made by these regime supporters is about as foul as the stench coming off a landfill and just as pleasant to experience.

Writing in the National Interest, Pillar tries to make the inane argument that U.S. sanctions are the chief impediment to successfully implementing the nuclear deal.

“When the complicated and cumbersome U.S. sanctions scare European banks away from making possible the kind of renewed trade with Iran that the European allies understood to be an intended consequence of the agreement, this presents a problem of U.S. credibility not only with Iran but with the Europeans. Talk among JCPOA opponents on Capitol Hill about imposing still more sanctions on Iran, in the name of whatever cause, damages U.S. credibility even further,” he adds.

What Pillar neglects to mention is that the history of U.S. sanctions on Iran has been a cumulative process, each added as Iran commits another transgression or gross violation of human rights or international law. Sanctions did not appear magically in one fell swoop, they occurred over years of Iranian provocations.

Pillar also tries to posit the theory that U.S. credibility is on the line and it is, just not the way he is proposing. Since the nuclear deal was agreed to, the Iranian regime has made a mockery of compliance by pushing the boundaries in other areas such as launching ballistic missiles, widening the wars in Syria and Yemen, detaining and parading U.S. sailors and rigging elections to eliminate virtually all other condidates.

Of course Pillar cannot cite these since it would undermine his arguments and only serve as a reminder as to why U.S. sanctions have not all fallen completely away. He also neglects to mention that many sanctions, including those related to access to U.S. currency exchanges by Iran were never part of the nuclear agreement since they were put in place after human rights violations and sponsorship of terrorism incidents.

The fact that the Iran lobby and regime argued so strenuously against linking related issues to the nuclear agreement such as development of ballistic missiles and human rights to the nuclear deal now works against them in arguing that all sanctions need to be lifted.

The credibility of the U.S. would indeed be on the line if it lifted these restrictions in order to appease an Iranian regime that sees no reason to curtail its military and terrorism activities. The rest of the civilized world would come to realize that no one would stand in the way of the militancy of the mullahs of Tehran.

Tyler Cullis if the National Iranian American Council, another long-time supporter of the regime, makes a similar irrational argument in the regime-sympathetic blog Lobelog.com and echoes the party line Pillar is pushing almost word for word.

It is shocking how plainly stupid the logic he uses here in arguing that developing a ballistic missile capable of hitting most of Europe, Asia and Africa is not a problem. An intercontinental ballistic missile doesn’t have to carry a nuclear warhead to be devastating. A simple biological or chemical warhead or even a mere 2,000 pounds of high explosives can do more than enough damage.

How does Iran’s development of a missile capable of hitting Berlin, Rome or Vienna serve to deter threats to the regime? Do the Swiss plan to assault Tehran with chocolate thereby requiring the mullahs to need a missile that can strike at Geneva?

Ballistic missiles by their very nature are first-strike weapons. They cannot be recalled after launching. They are virtually impossible to bring down. What’s next? Iranian ballistic missile submarines?

Cullis neglects to mention that the development of such missiles is already restricted by the United Nations and their launching is a violation which is separate and apart from the nuclear deal. But Cullis most strongly mimics Pillar in decrying the lack of flowing American dollars to the regime.

“Iran is not merely failing to see substantial trade and investment in Iran by foreign parties, but it is also unable to fully access much of its overseas oil revenues. These diminished expectations in Tehran could ultimately undermine the Rouhani government,” he writes.

Cullis again neglects to mention that Iran’s first moves once the deal was in place was to purchase $8 billion in Russian military hardware and take delivery of advanced anti-aircraft missile batteries. It wasn’t to shore up a crippled economy, bring Iranian citizens better healthcare or improve their shattered environment. Not even buying an iPhone or bringing in a neighborhood Starbucks was on the mullahs shopping list.

Cullis blames the U.S. reaction to Tehran’s launching of illegal ballistic missiles as the root cause of new tensions, but gives a pass to Iranian mullahs for launching the missiles in the first place! That’s like blaming a pedestrian for getting in the way of a drunk driver while crossing a street only to get run over.

It is even funnier when Cullis blames the situation on “hawks” within Iran’s government who are seeking to kill the deal as a perceived threat to their power. Of course, Cullis not too long ago wrote glowing pieces about the results of the parliamentary elections detailing how the “hawks” had been defeated and a new era of moderation was being ushered in.

Cullis and Pillar cannot have it both ways and their verbal gymnastics cannot hide the fact that Iranian regime is acting in bad faith and is demanding even more as it uses the threats of walking away from a nuclear deal it already has broken as a leverage point.

Washington should ignore these threats and continue to hold the regime accountable for every deceitful act it commits.