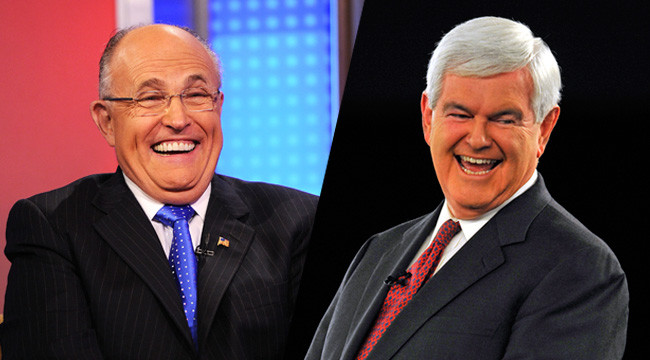 The election of Donald Trump as the next president of the United States presents a thorny dilemma for the Iranian regime and its core of lobbyists and supporters in the U.S. and Europe; not the least of which the gravy train of concessions and naïve thoughts of Iranian “moderation” are finally coming to an end with the change in administrations.

This explains why the regime’s leadership and members of the Iran lobby are busy issuing press statements and making stern speeches warning the incoming president and the next Congress not to abandon the Iran nuclear deal or re-impose sanctions.

There is an unmistakable air of bluster as well as fear that permeates much of what top leaders such as Hassan Rouhani and key advocates such as Trita Parsi of the National Iranian American Council have had to say about the U.S. election results.

But there is a nuance here that is being largely ignored by much of the media in which while the Iranian leadership is claiming dire consequences should the U.S. back out of the nuclear deal, Trump’s own statements and those of opponents of the nuclear deal provide a better insight as to what the real goals are for the U.S.

Namely, no one has ever said they opposed a nuclear deal that restricted the regime’s ability to build weapons of mass destruction. The intentions of such a deal are laudable and important and deserving of support from the global community.

What is in dispute is whether or not this deal actually accomplishes that goal and the answer is a resounding “NO.”

The world has had the luxury of a year’s worth of hindsight to see how badly constructed the agreement was, which was undermined every step of the way by concessions, exemptions and waivers that were granted for everything from the ability to inspect suspected nuclear sites in Iran to the amount of heavy water produced and kept illegally by the regime.

It is this consistent practice of exempting Iran from the provisions of the deal, as well as agreeing to not tie other aspects of the Iranian regime’s conduct such as support for terrorism and human rights abuses, that have rendered the deal ineffective at best and enabling at worst.

Of course, Trump and long-time critics of the regime including current and former US officials don’t want to start a shooting war, but the Iran lobby is certainly not letting up in its rhetorical histrionics, even going so far as starting to assail Trump campaign supporters for their prior support for Iranian resistance groups such as the People’s Mojahedin Organization of Iran (PMOI), which opposed the mullahs’ rule in Tehran in support of the restoration of a democratic, secular government.

A who’s who of fringe blogs have started regurgitating the same propaganda and lies told by Iranian intelligence services almost word for word in a two-pronged effort to try and discredit any association with Iranian dissident groups from having any kind of input with the organization of a new Trump administration and also start up a new “echo chamber” promoting the continuation of the same policies of accommodation and appeasement to the regime.

Examples of such renewed efforts include posts attempting to portray Trump loyalists such as former New York mayor Rudy Giuliani and former House Speaker Newt Gingrich as being in the “control” of groups such as PMOI and this past association should preclude their ability to work in a future Trump administration on Iranian issues.

It is no secret that they and other prominent European and U.S. officials have appeared at forums, rallies and demonstrations held by a wide range of human rights groups such as Amnesty International and Iranian dissident groups such as PMOI and the National Council of Resistance of Iran to voice support for democratic reforms in Iran and denounce human rights violations and the regime’s long support of terrorism.

It is also important to note that support for the Iranian resistance movement globally isn’t limited just to those who supported Trump’s candidacy, but includes prominent Democrats such as Sen. Richard Menendez (D-NJ) and Robert Torricelli.

A senior Iran analyst at the Foundation for Defense of Democracies, said that Iran is likely to test the future Trump administration as part of this new effort to shape U.S. foreign policy next year.

“Despite much of the attention being paid to what President-Elect Trump’s Iran policy has to do with the [Iran] nuclear deal, another domain the next administration will have to contend with Iranian belligerence in is in the Persian Gulf and Strait of Hormuz,” the analyst said. “Trump’s statements about having Iran’s IRGC speedboats—which have been overtly harassing the U.S. Navy in international waters—’shot out of the water,’ appears to indicate a desire to respond more aggressively to Iranian provocations.”

An aggressive U.S. response may send a message to Iran, the senior analyst at Foundation for Defense of Democracies said.

The potential for a Trump administration to scrap the nuclear deal as one of its first foreign policy items has the full attention of the Iranian regime.

Department of State Spokesman Mark Toner confirmed to reporters “the agreement is valid only as long as all parties uphold it.”

Since the nuclear deal was signed by Russia, Britain, France, China, the U.S. and Germany, the withdrawal from the agreement by the U.S. would make it null and void. With the American and several other European companies beginning to re-engage economically with Iran, such as Boeing signing a multi-million dollar deal with Iran Air, to provide a brand new fleet of planes, the very real threat of the deal’s collapse looms large.

While Trump has ample reasons to tear up the deal as he has promised to do, he should also recognize the golden opportunity afforded to him to put the mullahs to the test and gauge how badly they want economic improvements given the deep dissatisfaction among the Iranian people.

The sanctions relief provided to Iran as part of the deal needs to be renewed every 120 to 180 days, which means Trump will need to actively enforce the agreement within his first few months in office, wrote Richard Nephew in a paper published by the Columbia Center for Global Energy Policy. It’s possible, said Nephew, who coordinated Iran sanctions policy when he was at the State Department, that Trump would withhold sanctions relief and use the leverage as part of his push to renegotiate the deal.

All of which means Trump is holding all the cards and the mullahs are left essentially powerless as evidenced by their desperate attempts to smear the long-standing Iranian resistance movement and attack its supporters.