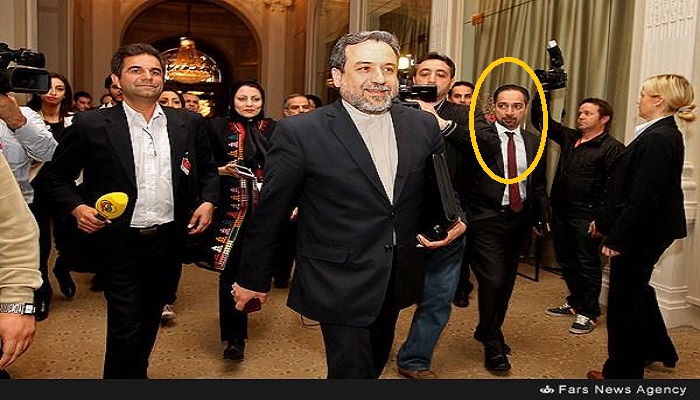 With a vague “framework” of a nuclear agreement with the Iran regime and the West now floating around, Iran’s mullahs are cracking the whip on their lobbyists and PR flaks to get the job done and sell what is arguably the smelliest deal since Peter Minuit bought Manhattan from the Lenape tribe for 60 guilders.

Chief amongst the regime’s trusted mouthpieces is Trita Parsi and the National Iranian American Council, who was omnipresent at talks over the last two years and enjoyed close access to Iran regime team members, often being privy to details that virtually all Western journalists didn’t know about.

The close nature of the working relationship between NIAC and Iran’s mullahs has come under intense scrutiny, especially from several articles on Breitbart.com pointing to the cozy working relationship NIAC had with regime officials and most disturbing the recent revelation of a key member of the U.S. National Security Council having previously been a staff member at NIAC.

There has been no denial of Sahar Nowrouzzadeh’s prior work at NIAC from the Obama administration, although an effort has been made to downplay her involvement in nuclear negotiations, but the connections to NIAC are troubling when one examines the scope of NIAC’s sales effort aimed at heading off intervention by Congress in sinking the proposal and hiding its true nature.

Parsi and NIAC have attempted to show Iranians celebrating in the streets of Tehran in support of the deal, in a nation where protests are banned and public celebrations are orchestrated with the care of a Super Bowl halftime show.

Parsi and NIAC have attempted to show the framework embodies all of the safeguards the West and Congress have been asking for, but an examination by The New York Times Michael Gordon revealed vast differences between what the U.S. and Iranian delegations believe the agreement contains.

Parsi and NIAC have attempted to show there was support in Congress for the framework announcement by pointing to favorable statements from 19 Democratic Representatives, none of whom were part of the 367 bipartisan members objecting to agreement of any deal without Congressional review and approval. The 367 members represent a veto-proof majority in the House.

The NIAC has attempted to launch a grassroots effort by urging supporters to contact Senators since it already knows it has lost any chance in the House to sway a vote. Its only hope is to persuade the five or six Democratic Senators still undecided to fall in line with the mullahs and not vote for a sanctions review bill being offered by Sen. Bob Corker (R-TN).

Oddly, while both House and Senate proposes give Congress the chance to review any deal, and hence allow the American people a voice in what is arguably one of the most important foreign policy issues facing global security and peace, NIAC argue strenuously against any input from the American public.

Why? What is NIAC so afraid of?

Like a used car salesman trying to move a clunker off the lot, NIAC is deathly afraid the American public might actually want to look under the hood of this framework and ask some basic questions such as “Can we really trust mullahs who have already violated three prior international agreements allowing inspections of secret nuclear facilities?”

The truth hurts the NIAC and its bosses in Tehran and it is doing everything it can to hide the truth and trust in simple slogans and fear mongering, warning that turning down this deal is tantamount to war with Iran; forgetting that a nuclear-armed extremist Islamic regime is the surest and shortest path to war.