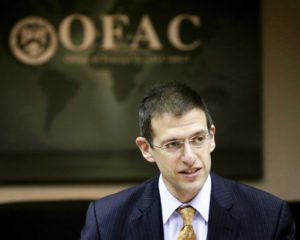 In what can be considered a symbolic show of disapproval, the Iran Sanctions Act reauthorization became law without President Obama’s signature. The near unanimous margins in Congress made Obama’s signature superfluous; providing a veto-proof margin.

The act was a last measure of defiance from Obama as he leaves office and the new president-elect has built a cabinet and national security team made up of critics of the nuclear agreement with the Iranian. It’s a childish and petulant act that reinforces how out of step the administration was from an American electorate unnerved by numerous terrorists attacks in the U.S., Asia, Africa and Europe motivated by Islamic extremism.

Clearly the Obama administration intends to provide as much running room for the mullahs in Tehran before it leaves office as Secretary of State John Kerry said that even though he considers it unnecessary to renew the existing waivers, he had done so anyway “to ensure maximum clarity” that the United States will meet its obligations under the deal, according to the Washington Post.

All of these efforts might be intended to reassure the Iranian regime, but they are largely meaningless actions since Trump can overturn all of the waivers granted for Iranian violations of the agreement, as well as impose economic sanctions, obliterating the nearly eight year effort to appease the mullahs in Tehran.

“President Obama doesn’t want to provide an excuse in the waning days of his administration for the Iranians to walk away from the deal,” said Mark Dubowitz, head of the Foundation for the Defense of Democracies and a prominent critic of the Iran deal.

The irony of all these machinations is that the Iran lobby is left with so little leverage anymore within the U.S. government to influence any positive changes for the benefit of the regime that all it can do is whine and complain.

One example of that was a short statement put out by the National Iranian American Council, the regime’s chief lobbying force, lauding a modification to a list of Frequently Asked Questions (FAQ) issued by the U.S. Treasury Department’s Office of Foreign Asset Control (OFAC).

“We applaud OFAC for taking a significant step towards fully realizing the U.S.’s JCPOA commitments and providing guidance intended to reduce the risk for non-U.S. banks and companies interested in lawfully engaging the Iranian market. OFAC clarified that it would permit foreign companies to receive payment for goods or services rendered in the case of a U.S. sanctions snapback,” the statement said.

The FAQs do not carry the force of law and are simply administrative answers to common questions, but the fact that the NIAC is left to applaud a modest change demonstrates how low it has sunk in trying to find good news about Iran.

There is a significant irony in the NIAC’s statement since it criticized attacks on those same OFAC FAQs back in October when Iran critics attacked them for “easing” sanctions. The NIAC issued a statement saying the revised FAQs are a simple restatement and clarification of existing U.S. sanctions laws – not an “easing” of U.S. sanctions as some reports have erroneously claimed.

“There is a simple reason for this: Regulatory guidelines – like these FAQs – cannot change the operative law, but can merely explain and interpret that law,” the NIAC said.

So in one case, the FAQs should be judged as merely clarification, but in another case the FAQs are necessary as clear mandates to adhere to the nuclear agreement.

The NIAC cannot have it both ways, but the confusion from the OFAC is understandable since its officers have made steady pilgrimages to NIAC functions, including Adam Szubin, currently the acting undersecretary for terrorism and financial intelligence and former director of OFAC from 2006-2015, who recently spoke at a NIAC-sponsored conference and has often been quoted in NIAC publications and press announcements.

We can only assume how the cozy relationship between members of the OFAC and the NIAC might have produced these changes to the FAQ.

Even as the NIAC is busy flogging these tiny wins for the regime, the mullahs are moving as quickly as possible to consolidate their military advantages with final bloody battle to retake Aleppo in Syria that has resulted in the slaughter of countless men, women and children.

Freelance writer Heshmat Alavi wrote in the Daily Caller a sad recounting of the regime’s use of extremism to gain political leverage and how it must be confronted by the rest of the world.

“Syria is the 35th province [of Iran] and a strategic one for us. If the enemy attacks us and wants to appropriate either Syria or Khuzestan [in southern Iran], our priority is to keep Syria.”

These are the words of Mehdi Taeb, former chief of Revolutionary Guards intelligence. This provides a very vivid incite of the importance of Syria, specifically, for Iran, and the necessity to continue meddling outside its borders, in general.

Being a flashpoint region of sectarian quarrels, continuously fueled by Iran’s mullahs, the Middle East has been witnessing a slow dragging into a new wave of sectarianism. Iran has been applying sectarian policies against others in the region, centralizing its efforts in provoking extremist and fundamentalist viewpoints, Alavi writes.

The mounting criticism of the Iranian regime continued to pour in as Gen. Michael Hayden, the former director of the CIA, blasted the Obama administration’s handling of Iran.

“We have held our response to a whole bunch of egregious Iranian activity … hostage to the preservation of the near-term nuclear deal,” Hayden said Wednesday during the Jamestown Foundation’s tenth annual terrorism conference.

“The fear is if you did that, if you pushed back, they’d walk from the deal,” he continued. “My response is, that’s their decision.”

On a day when the regime was taking punches left and right, the NIAC was left applauding a FAQ.