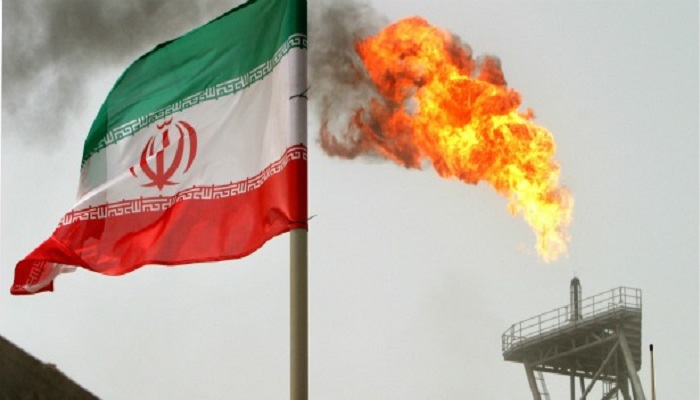 The Iran lobby, led by the National Iranian American Council, has been busy working to clear the economic runway for the Iran regime now that it has its nuclear deal because now that it has the opportunity to operate more freely in the world, the mullahs have opted to significantly increase the regime’s military operations in Syria, Yemen and Iraq; all of which requires cash and mountains of it.

As part of that NIAC propaganda push, Tyler Cullis and Amir Handjani, posted an editorial in The Hill arguing that the U.S. should open greater economic ties with the Islamic regime; the reason being that European and Asian nations are already quickly seeking to exploit these new markets.

Cullis and Handjani are correct that there are some companies and nations seeking to rush into this economic void. We know that China has a deep interest in securing contracts for cheap Iranian oil, while Russia has already begun selling weapons to the regime despite the fact that embargos on advanced ballistic missiles and weapons remains in effect.

They note however that the Obama administration has put the brakes on the rush to re-open economic ties with the regime. Part of delay comes from the huge groundswell of negative reaction from American voters to the nuclear deal which has forced many representatives who supported the deal to backtracked and offer up new pieces of legislation to address the perception that the Iran regime received a sweetheart deal and the U.S. got nothing in return; most notably Sen. Ben Cardin’s (D-MD) move to introduce to track compliance by the regime.

Most anti-regime critics called the effort too little, too late and still does not address the central and most critical issue surrounding the Iran regime: the delinking of human rights and sponsorship of terror from the deal and thus making no effort to reform or modify the regime’s bloodthirsty policies.

There has also been discussions and disagreements over the conflict between the nuclear deal and the Iran Threat Reduction and Syria Human Rights Act (ITRA) which was signed into law in August 2012 by President Obama which closes the foreign subsidiary loophole that the an annex in the nuclear deal makes open.

According to Fox News, “ITRA contains language, in Section 605, requiring that the terms spelled out in Section 218 shall remain in effect until the president of the United States certifies two things to Congress: first, that Iran has been removed from the State Department’s list of nations that sponsor terrorism, and second, that Iran has ceased the pursuit, acquisition, and development of weapons of mass destruction.

“Additional executive orders and statutes signed by President Obama, such as the Iran Nuclear Agreement Review Act, have reaffirmed that all prior federal statutes relating to sanctions on Iran shall remain in full effect.”

All of which drives a stake through the arguments made by Cullis and Handjani who by using the flawed tactic of supporting “moderates” against “hardliner” mullahs, argue that continued economic isolation of Iran only strengthens the “hardliners” and leaves American companies out in the cold versus their European and Asian competitors.

First of all, it is refreshing Cullis and Handjani are so interested in the economic well-being of American firms, but the reality is they recognize failure to fully open Iran to international trade and commerce will not bring in the cash and investment necessary for the regime to generate the revenue necessary to fund its expansionist policies.

The regime has spent upwards of $15 billion in direct financial aid and military support just to prop up the Assad regime in Syria alone. This doesn’t include the billions being spent to arm Houthis in Yemen and outfit Shiite militias in Iraq, not to mention the regime’s old terrorist partners in Hezbollah. With slumping oil prices, the mullahs desperately need that foreign investment to help keep them in power as ordinary Iranians have staged protests against the “war economy” top mullah Ali Khamenei has mandated for the past decade.

Oddly, Cullis and Handjani use the analogy of President Nixon opening up relations with China in the early ‘70s as an example of opening up to a closed society the U.S. was in conflict with, but what they don’t mention is the fact that coming out of the Vietnam War, China recognized the need to end its sponsorship of armed conflict and instead turn to embracing capitalism.

The fact that a deeply Communist nation that inflicted the Cultural Revolution on its people in brutal repression, recognized it needed to do a complete policy turnaround and embrace the very thing it denounced as part of its founding represents why the Nixon overtures were even possible in the first place; China’s leaders made that opening available by being receptive to change.

Iran’s mullahs have exhibited no such inclination. In fact since the nuclear deal was agreed to, Iran has partnered with Russia to step up an air and ground campaign in Syria, was caught smuggling weapons into Yemen and has turned Iraq into a virtual client state.

So while the Iran lobby may be hard at work trying to rewrite history, the Iran regime is busy trying to shape the future to its own perverted vision.