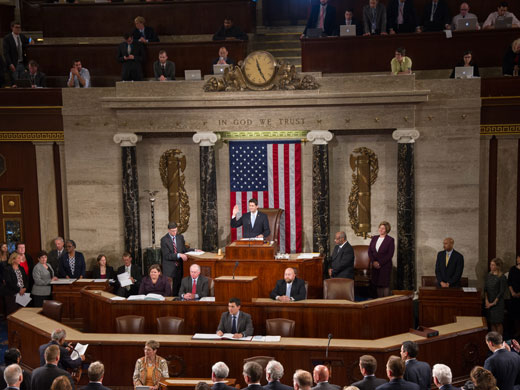 The Iran lobby, led by the National Iranian American Council, has consistently raised the idea that Iran has not been rewarded with the full lifting of economic sanctions per the nuclear agreement reached last year.

It makes this case based on the continued shaky nature of the Iranian economy, and by the threatening statements of various regime officials such as top mullah Ali Khamenei and foreign minister Javad Zarif who maintain the U.S. is deliberately trying to sabotage the deal.

It is a profoundly ludicrous ideal given the fact that the Obama administration has broken with past U.S. policy over the past three decades in maneuvering to get this deal done in the first place. The Obama administration has set new standards for political gymnastics in trying to secure this policy win, including treating the agreement as a political framework and not a formal treaty in order to avoid an uncertain Senate vote.

It even de-linked Iranian regime’s notoriously bad human rights record and sponsorship of terrorism as conditions for doing the deal; an unheard of step in modern diplomacy.

It also ignored blatant tampering by the Iranian regime in sanitizing military sites where prior uranium enrichment had been ongoing and ignored copious mountains of evidence that Iran was still pursuing dual-use nuclear technology from Germany and ballistic missile designs from North Korea.

Even after all that, the Iran lobby and regime still blame the U.S. for not following through on its commitments.

A key goal for the regime remains the lifting of the remaining sanctions put in place by the U.S. in response to Iran’s abysmal human rights record and terror support. These items were ostensibly left out from the nuclear deal since—by the Iranians argument—they had nothing to do with nuclear production, but now the mullahs want these sanctions lifted even though Iranian regime has done nothing to improve its conduct in either area.

The fact that the Iran lobby and regime are now trying to link these sanctions—previously off the table—now back on the table and have threatened to walk away from a deal they have already walked away from, demonstrates how completely useless the nuclear exercise has become.

In a posting on its website, the NIAC, argued that the pending renewal of the Iran Sanctions Act could bring disastrous consequences if it was amended with so-called “poison pills” to impose new restrictions, sanctions or even lengthen its term.

“There is a danger that passage of new sanctions legislation, even if it is to renew sanctions already on the books, could exacerbate tensions over JCPOA sanctions relief. The prospect of Congress renewing ISA, especially extending them beyond the 2023 deadline for lifting sanctions, could send troubling signals regarding the U.S. commitment to the JCPOA at a time of ongoing political uncertainty. Iranian officials and many in the broader Iranian public say the sanctions relief promised under the deal has not been delivered,” the NIAC statement said.

It’s a perverse position to take since the gross mismanagement of the regime’s economy and the decision to support three ongoing wars in Syria, Iraq and Yemen have badly hobbled an economy already rife with public corruption and battered by plummeting oil prices that have nothing to do with the sanctions; especially since Iranian regime is now free to sell the country’s oil back on the open market.

The Iranian people are rightly angry and upset at the stagnant economy, but Tehran’s streets and the channels of social media are not being filled with vocal denunciations of the U.S., instead it is filled with harsh protests of inflated paychecks for regime officials and the pouring of thousands of young Iranian lives to die on the battlefields far from Iran’s borders.

The effort to misdirect attention away from the real failings of the regime and try to blame it on the U.S.—even after the U.S. has tried to do everything it can to appease the Iranian regime short of baking cookies—is a time-worn tactic of the mullahs and we should not fall for it.

Robert Spencer, noted author and director of Jihad Watch, wrote an editorial in the New York Post warning that the Iranian regime is the greatest threat the U.S. and West face right now and dwarfs ISIS in its threat.

“Iran is not as flashy as ISIS but is actively working now on numerous anti-American initiatives that could turn out to be even more lethal than anything ISIS has yet perpetrated,” he said. “The nation is a breeding ground for terrorist activity: funding and controlling a global network of jihad terror organizations with a truly global reach, ready to do Iran’s bidding up to and including the killing of its perceived enemies.”

“Iran’s Hezbollah doesn’t just operate in Lebanon. It continues to target the United States through Mexico, where it has teamed with drug cartels along the US border. This partnership is mutually beneficial: Hezbollah gets massive amounts of cash to finance its jihad operations, and the drug cartels receive extensive training in ways to strike terror into the hearts of their enemies. That is one principal reason why the Mexican drug cartels have adopted what up until recently had been two trademarks of jihad groups: kidnapping and beheading,” he added.

Bob Blackman, a member of the British Parliament, similarly warned of trusting the Iranian regime in a piece in The Hill after the United Nations released a report assessing the regime’s compliance with the nuclear agreement, which found it had failed to meet the higher standards for compliance.

“The critical report by the UN is only the latest in a long series of marks against the Rouhani administration’s supposedly moderate credentials. In order to believe in that moderation in the first place, Western policy-makers had to ignore Rouhani’s long history in the security apparatus of Iran’s clerical regime, including his former role as lead nuclear negotiator, about which he boasted of raising Tehran’s nuclear profile while keeping international scrutiny at bay. And in order to keep the moderation narrative alive to the current date, those same policy-makers have had to ignore various statistical indicators and warnings from the Iranian opposition,” he said.

“The U.S. gave up important leverage in hope of improved relations, but it remained the main object of Tehran’s wrath. The UN closed the file on Tehran’s nuclear weapons program and Iran has continued to accuse it of political bias. And the six major powers involved in the JCPOA, having given in to even last-minute demands by the Islamic Republic, received nothing in return but the most cursory and minimal compliance with the deal. As the Associated Press reported last week, secret side-agreements already outline the expanded nuclear activities that Iran plans to pursue at its earliest possible opportunity,” Blackman added in a warning we should all heed.